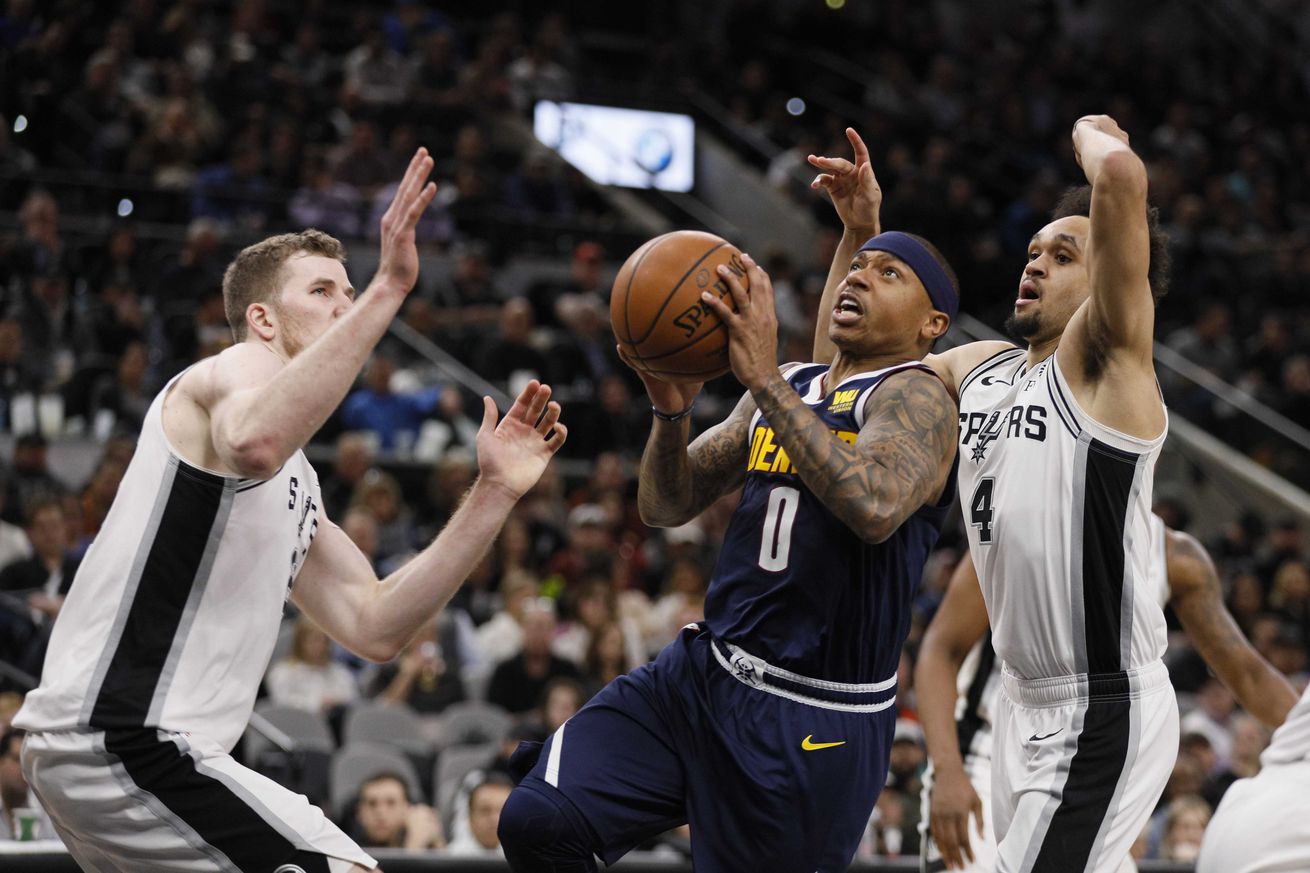 The Spurs are benefiting from a recent shift to a two-big starting lineup.

The Spurs are making a habit of turning things around during homestands, both in the wins column and how they tactically approach games. In early December, their season took a 180 in the right direction when some fundamental defensive adjustments over a six-game stint in San Antonio catalyzed the team’s strongest month of the season, in which it posted the league’s best net rating and a top-10 defense.

A lot has happened since then, with injuries, road woes and a defensive slide all casting light on more holes Gregg Popovich has needed to plug. A 1-7 Rodeo Road Trip led to another long look in the mirror for them in advance of their playoff push.

Part of the answer has come through starting games with two traditional bigs — Jakob Poeltl alongside LaMarcus Aldridge — and moving forward Rudy Gay to the bench, operating more as an offensive focal point for the reserves.

The results thus far are promising: the new starting unit of Poeltl–Aldridge-DeRozan-White-Forbes has posted a 129.1 offensive rating and 101.8 defensive rating (+27.3 net) in 27 minutes of sharing the floor over the past 3 games, all wins. In the past 2 games, the Spurs have raced out to double-digit leads that made all the difference against a pair of the West’s best teams.

The benefits of playing Poeltl stem from both what he is and isn’t. At 23, he’s a mobile 7-footer who gets up and down the floor so as not to compromise the Spurs’ transition defense. While he’s still learning to keep his fouls down, he gives San Antonio a second presence around the basket, and has also been formidable with his positioning and movement guarding the pick and roll.

Playing Poeltl also simplifies things for a team that lacks savvy defensive playmakers on the perimeter. Gay, for all his physical gifts, continues to have defensive lapses in year 2 in San Antonio. While moving Aldridge back to the power forward forces the 33-year-old to stray further away from the rim than he’d probably like against some stretch fours, it means one less liability on the boards to start the game.

Comparatively, other starting lineups have struggled. Before unlocking Derrick White and putting him back in the starting five, the group that featured Dante Cunningham cratered after some early success, ending up with a -6.0 net rating, and the Spurs staff quickly scrapped the possibility of ever using it again. Their most-used lineup of Gay in instead of Poeltl has also not been too bright, putting up a -0.2 net rating.

Gay, to his credit, is taking it all in stride after starting in nearly every game he’s played this season. “It’s just whatever,” he said last week. “You have to do what the team asks of you.”

Gay’s minutes over the past 3 games have dipped from his season average of 27 to 25, but the counting stats have remained more or less the same, with slightly fewer field-goal attempts and points offset by a bump in assists. The most-used reserve lineup includes him, the willing screener, Poeltl, along with Marco Belinelli, Patty Mills, and Davis Bertans, three shooters who all move very well without the ball. Less mouths to feed and more space means Gay can do more stuff like this:

As much as the Spurs would probably like to keep rolling with what works, the new NBA means going with two bigs isn’t always possible, something Gregg Popovich is well aware of:

“We would prefer to play big probably,” he said before Monday’s win over the 2nd-seeded Denver Nuggets. “But matchup-wise that doesn’t always fit, so we’ll have to take a look at it.”

There will be nights where the Spurs simply can’t play Poeltl and Aldridge together for most or all of the game. On Monday, Poeltl sat out the final 9 minutes as Pop looked to close out small, finishing with 18 minutes after playing 34 versus Detroit. During that 9-minute stretch, the Spurs just so happened to get outscored by 15 points. Would it have happened regardless? Maybe — it’ll be part of the learning experience in these final weeks, as they see how much they can lean on playing in a style that best suits their roster. Even if they haven’t found a silver bullet, this is a development that at least expands their arsenal.