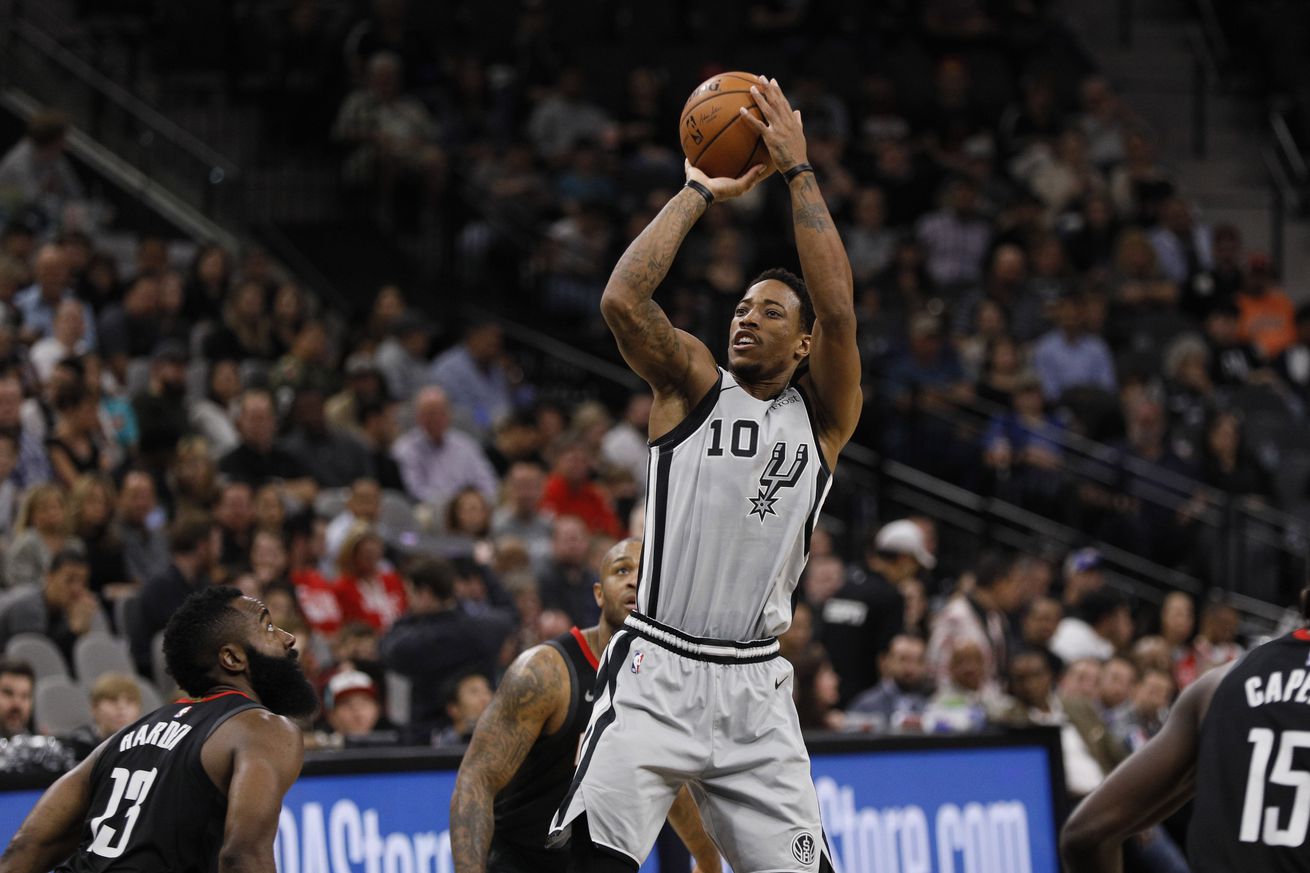 The Spurs’ war on basketball math is official.

The Spurs currently rank 29th in three-pointers attempted and lead the league by a mile in attempts from midrange, thanks to a throwback triptych of LaMarcus Aldridge, DeMar DeRozan and Rudy Gay. It’s a stylistic choice that many observers of the league would not only consider outdated but objectively flawed in a new NBA.

The Spurs are falling behind the rest of the NBA, wrote SBNation’s Kristian Winfield.

“It’s one thing to coach to your personnel,” Zach Lowe said in a recent episode of the Lowe Post podcast when touching on San Antonio’s low volume of threes and attempts at the rim. “It’s another thing to suffer from organizational obstinance.”

Of course, anyone watching this team more closely will point out that the NBA’s 10th ranked offense isn’t the problem — it’s the defense, one that’s missing the departed Kawhi Leonard, Danny Green and Kyle Anderson and the injured Dejounte Murray, that still sits in 29th place after a strong showing versus Utah on Sunday and needs to demonstrate it can consistently contain dribble penetration and play smart, team-oriented ball. If this team is to succeed, it will be through a significantly improved effort in their own end of the floor, in conjunction with the offense as constructed, with points finessed from 15 feet rather than at the most analytically preferred spots on the floor.

Moments after the Spurs’ 110-97 win over the Jazz, one in which the team attempted a season-low 14 three-pointers, I asked DeRozan about the team’s mindset as it related to the widely accepted notion working against them. With all the skeptics out there, are the 2018-19 Spurs in any way out to dispel the idea that you can’t win in today’s NBA by trading in threes for mid-rangers?

“Hell yeah,” he answered quickly. “I’m for all that — no question.”

His response doesn’t mean the Spurs are paying attention to all the chatter around them, nor does it suggest an ideological difference between San Antonio and where the league is headed. This is a team that’s playing to its strengths; strengths that the NBA has moved away from amid its eruption in scoring and efficiency. And while many have accused the longball-averse Gregg Popovich as being rigid, it would seem like that shift has made observers a bit inflexible as well in what they deem winnable basketball in the modern age. It will be interesting to see if this group can make everyone eat their words.