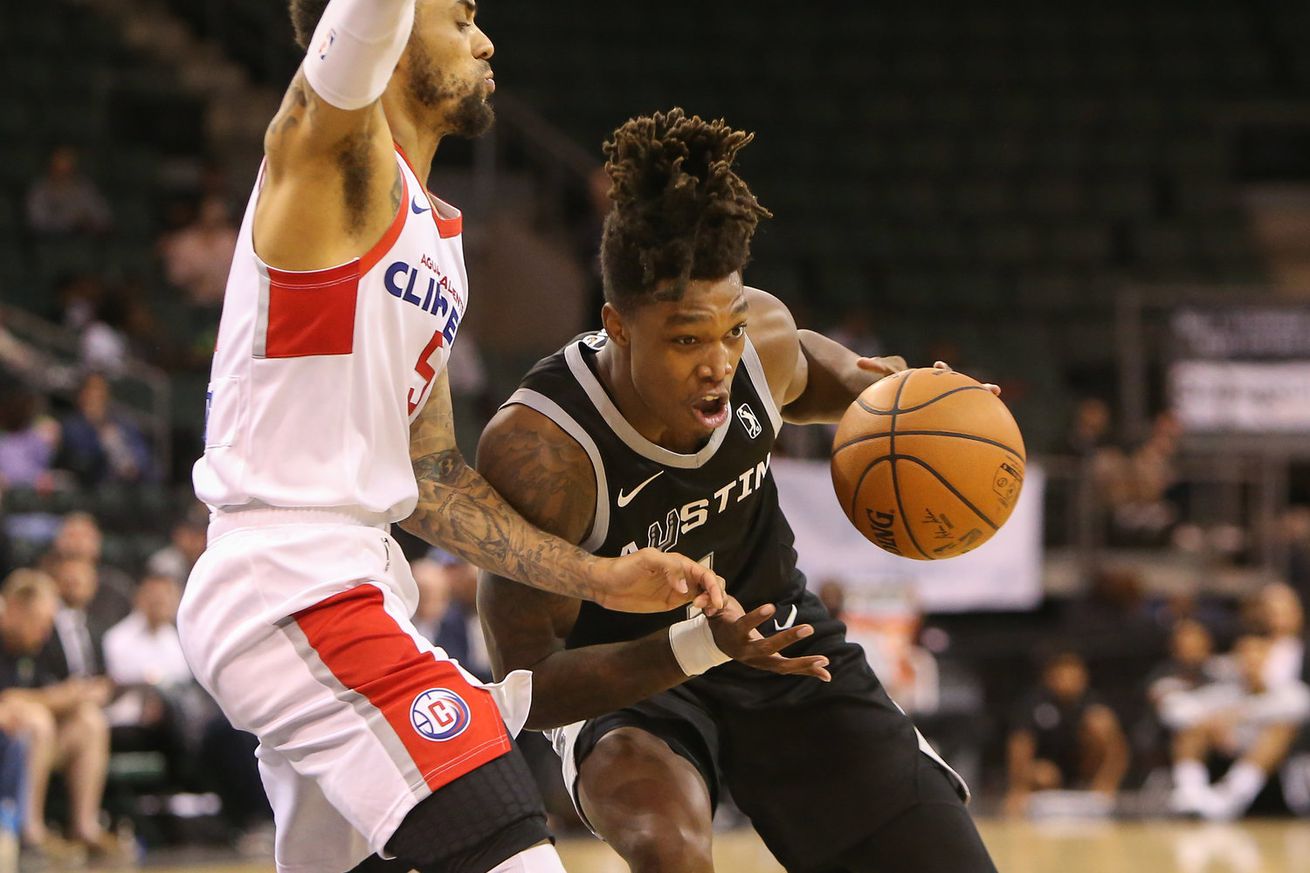 Spurs rookie Lonnie Walker IV has been impressing up in Austin as he continues to rehab from a torn meniscus suffered during the preseason. His athleticism, the mystique that surrounds him simply for being a middle-of-the-first-round draft pick (Spurs fans are used to their rookies being “projects” picked between 26th-30th), and recent defensive struggles have had some fans salivating for Walker to return to San Antonio to make his NBA regular season debut, including yours truly.

However, prior to Thursday night’s blowout win over the Clippers, head coach Gregg Popovich put a bit of damper on those expectations, announcing that the Spurs are in no rush to bring the 19 20-year old Walker back down IH-35 to the Alamo City.

Sounds like Lonnie Walker IV will remain in the G-League for a bit. Pop: “We think it’s better for him to play instead of coming up here and watching us play. He’s gaining a lot by learning about the NBA and learning the basics. For now it’s probably the best place for him.”

“We think it’s better for him to play instead of coming up here and watching us play. He’s gaining a lot by learning about the NBA and learning the basics. For now, it’s probably the best place for him.”

Disappointing as this may sound to some, it’s completely understandable. As good as Walker has looked in his G-League highlights, it is important to remember it takes more than just a few weeks to get back into good enough shape to play at an NBA-level (which by the way is something he has yet to do at all, excluding one preseason game). He has been on a minutes restriction in Austin, not playing in back-to-backs, and has yet to exceed 24 minutes of playing time.

Also, despite missing defensive ace and starting point guard Dejounte Murray, the Spurs are still pretty deep in the back court. If he returned now, Walker would at least start off behind every other guard in the rotation — if only because they have all earned their minutes with on-court play, are currently on a roll, and have no reason to be benched — meaning the Spurs would need more nights like their 125-87 blowout of the Clippers just for him to get 5-10 minutes of playing time. Sitting on the Spurs bench would not help him get into basketball shape any quicker.

That being said, just because Pop says Austin is the best place for Walker right now doesn’t mean he’ll be there all season. One injury in the guard rotation could trigger a call-up, and once he’s in shape and completely healthy he could always come back and fight for a rotation spot for himself, especially if the Spurs falter again. Also, Pop is not completely immune to playing rookies — see: Tony Parker, George Hill, Gary Neal, Kawhi Leonard, etc — so it’s way too early for Walker-enthusiasts to lose hope.

Besides, if Walker ultimately doesn’t work his way into this season’s rotation that will most likely be because the current rotation continues to figure itself out, ends up not needing tweaking, and makes the playoffs rather comfortably, and that wouldn’t be a bad thing, either.