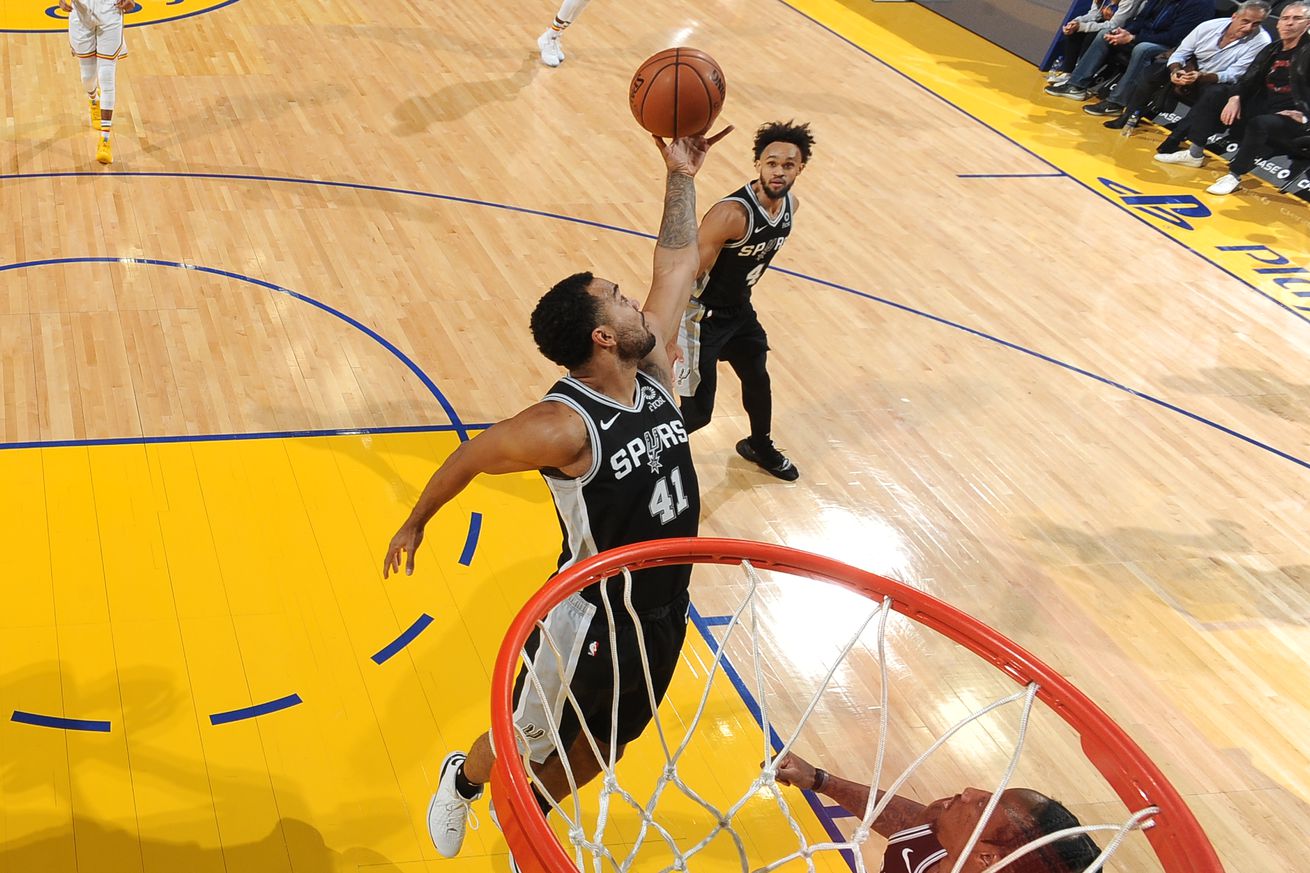 The one time when crashing something is actually good.

Right now the San Antonio Spurs are tied for number 1 in the Western conference with the Los Angeles Lakers and tonight’s game will impact that standing immediately. When daylight savings day ends, either the Lakers will be alone at the top of the standings, or the Spurs will be.

In the meanwhile, San Antonio is at the top of the league in something else – rebounding. According to the per game statistics, the Silver and Black have sole possession of the number one spot in per game rebounding with 51.

Trey Lyles has played a large part in that stat by averaging almost 9 boards per game with 44 rebounds through 5 contests. Lyles, who has started in each game of the Spurs’ young season, has been a beast on the boards. Our own Jesus Gomez recently examined Lyles’ contributions and impact on the team, but with this new top-of-the-league position, it is pretty obvious how much Lyles has added – in 2nd chance points and in jump starting the offense.

Pop on Trey Lyles, who had a Rodman-esque night w/ 14 rebs. and 0 pts. on 0-for-4 shooting: “He is a solid player, doing a good job for us. He gets loose balls, has great hands and I think his shots are going to start to drop. He is a good shooter, but that hasn’t come yet.”

And we know that Chip Engelland is just barely getting started on his shot.