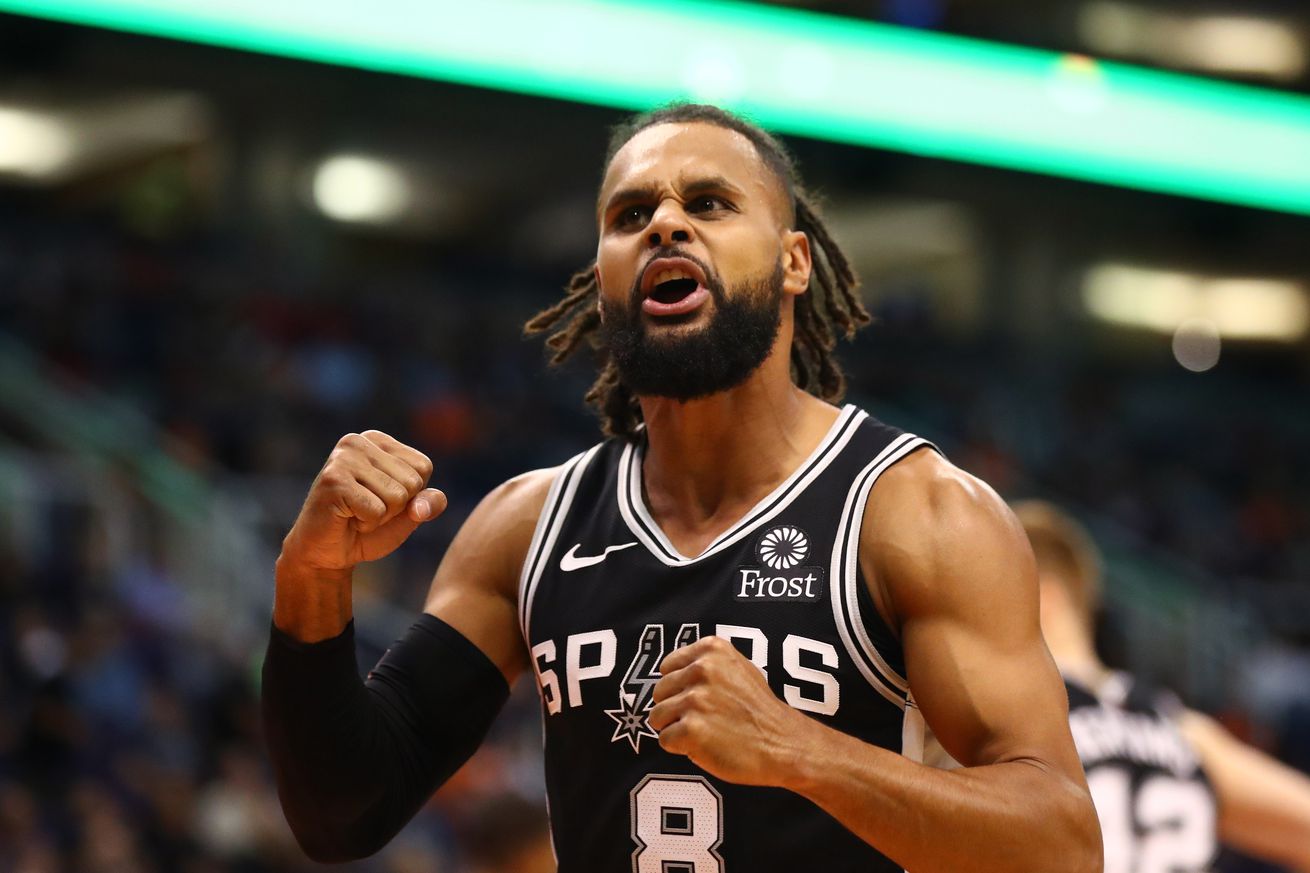 …and sometimes even blocking them.

The Spurs weren’t at their best against the short-handed Clippers on Sunday evening. The “get back” game, as Sean Elliott referred to it on the broadcast, where the team plays its first home game after a road trip, can easily turn into a let-down, especially after some hard fought victories. That seemed to be the case, as even though the Spurs put together some runs, they never got over the hump.

They did, however, show something on defense that they haven’t done much of this year. They repeatedly challenged and blocked shots with a second contest after initially denying the three-point shot opportunity.

In order, that’s Rudy Gay annihilating Shai Gilgeous-Alexander’s one dribble pull up from the left corner. (I don’t know the exact rules, but I think Rudy gets some portion of SGA’s game check after a play like that.) Then DeMar DeRozan helps down into the paint to stop penetration before recovering to contest the Avery Bradley three and giving a great second effort to block Bradley’s attempt from the right wing. And finally, Patty contests, but then calmly (Manu-ly?) swipes Bradley’s shot from behind.

I don’t believe they’ve blocked a shot like this all season, but they got three in 48 minutes. The Spurs typically play more conservatively, and focus on being the second jumper when contesting a jump shot. You can check out (almost) all 221 of their blocks on the season here. Whether this is a new point of emphasis for their defense, just a part of the game plan against the Clippers, or some kind of cosmic weirdness is anyone’s guess.

At any rate, this is becoming more common in the NBA, especially on relatively straight close outs. The textbook way to close out to a shooter has become problematic for a number of reasons. Part of it is just how many good shooters there are in the league and a recognition of how valuable even lightly contested three-pointers are on average.

More importantly, thanks to the Zaza rule, closing out without fouling has become an art. With shooters (and I’m not naming names here, but you know who I mean) getting better and better at manipulating the take off, follow-through and landing on their jump shots to draw contact, closing out to the body of a shooter with any kind of aggression is tantamount to giving away free throws.

This method, where the defender seeks to deny the original shot while maintaining the ability to contest if the shooter stays in place or resets with just one dribble, requires a ton of practice. Getting the footwork, timing and coordination down to ensure the defender doesn’t foul on the 2nd contest is critical. It’s also important that help defenders know to cut off driving lanes and not run out to the shooter, something LaMarcus does perfectly on Rudy’s block.

Check out this video from @bballbreakdown and Jeff Sparrow for some good drill work on close outs, and a well reasoned counter-argument to the stutter step close out from @brianmccormick here.