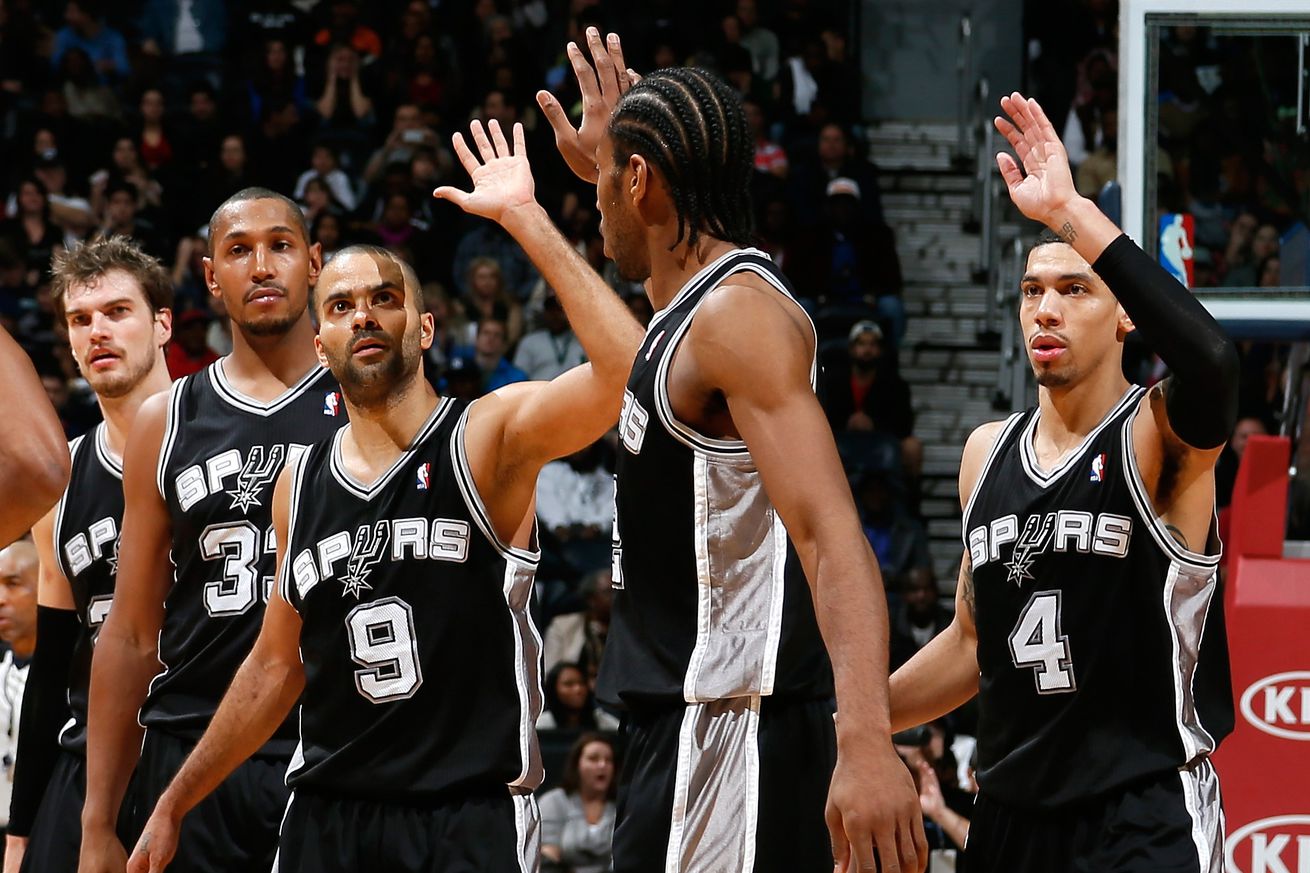 A Spurs fan contemplates a Spurs team without his favorite players.

Why did I become a Spurs fan? Not because I grew up in San Antonio – I did not.

My initial connection with the team was through Gregg Popovich, as I had coached college basketball against him in a prior lifetime. Following Pop’s NBA career as it led him to the Spurs, it also led to me discover the greatness — and goodness — of the Spurs players, the Spurs organization, and the Spurs way.

For others, the connection to the Spurs could have resulted from the wonder of watching the incomparable Manu Ginobili, the dignity of David Robinson, or the remarkable fundamentals of the Great Tim Duncan, plus his status as the best teammate ever. Former point guards or the height challenged may have appreciated the Oui Frenchman (a.k.a. Tony Parker) darting in and out among the trees. All Spurs fans reveled in Kawhi Leonard, whose hard work combined with great coaching made him into a top five player and ultimate “two-way” superstar.

Former coaches like me, and anyone who roots for underdogs, loved the reclamation projects – Boris Diaw, Jonathon Simmons, and of course Danny Green. Indeed, other than My Man Manu, I probably cared and obsessed about Dannygreen! more than any other Spur.

What do all these players have in common? With the exception of Manu, all are now former Spurs — and Manu is engaged in his annual decision-making process about whether to return. If Manu decides not to return, it will mean that all my favorite Spurs players will be gone when the 2018-2019 season opens, and we will all miss DG/Manu highlights like this remarkable sequence:

EVERYTHING ABOUT THIS SEQUENCE pic.twitter.com/Q3t6BImlV1

Ancient Greek philosophers examined the metaphysics of identity in a thought experiment about the ship of Theseus, also known as Theseus’s Paradox. Theseus was a Greek hero whose ship was crucial to the winning of a great battle. As the ship sat in the harbor in the years after the battle, workmen gradually replaced parts of the ship with newer components. Over time, all the components that had been part of the ship during the battle had been replaced. Theseus’s paradox asks whether the replacement of all the components of the ship —or from any object — meant that the ship was no longer the ship that Theseus commanded in the battle.

This metaphysical question from thousands of years ago applies here: What is a Spurs fan to do when all the players that made him a Spurs fan are gone? Is a Spurs team without those players still the Spurs?

Interestingly, the present Laker team presents the same question to Laker fans. In the ultimate test of loyalty, the Lakers followed the acquisition of LeBron James by signing four of the six players in the league which (in my view) are the hardest to root for: Lance Stephenson, Michael Beasley, Rajon Rondo, and JaVale McGee. The other two (for me) are Carmelo Anthony and DeMarcus Cousins — and I understand the Lakers were interested in signing both of them too. (Some may add Draymond Green and Dwight Howard to the list.)

However, unlike the Lakers, the Spurs remain a likable group. The original reason for my Spurs fandom — Pop — remains. Former Laker Pau Gasol, another great teammate, is still here. Another reclamation project in Patty Mills will still be firing up 3s from Down Under. LaMarcus Aldridge has certainly earned the respect of all Spurs fans, including this one. The young guys — Dejounte Murray, Davis Bertans, Lonnie Walker IV (the fourth!!) and Derrick White — all seem to be good guys, hard workers, and have the potential to be excellent players. (It doesn’t hurt that White is a University of Colorado grad, just like my super-daughter Alissa, Buff class of 2018.)

I have decided to answer the ancient Greeks’ paradox by re-upping with the San Antonio Spurs, including all the replacement components that now make up the team. Even without those wonderful players who have moved on, the Spurs remain the Spurs. I am 1000% IN. Go Spurs!

Besides, what would I do with all my Spurs gear?