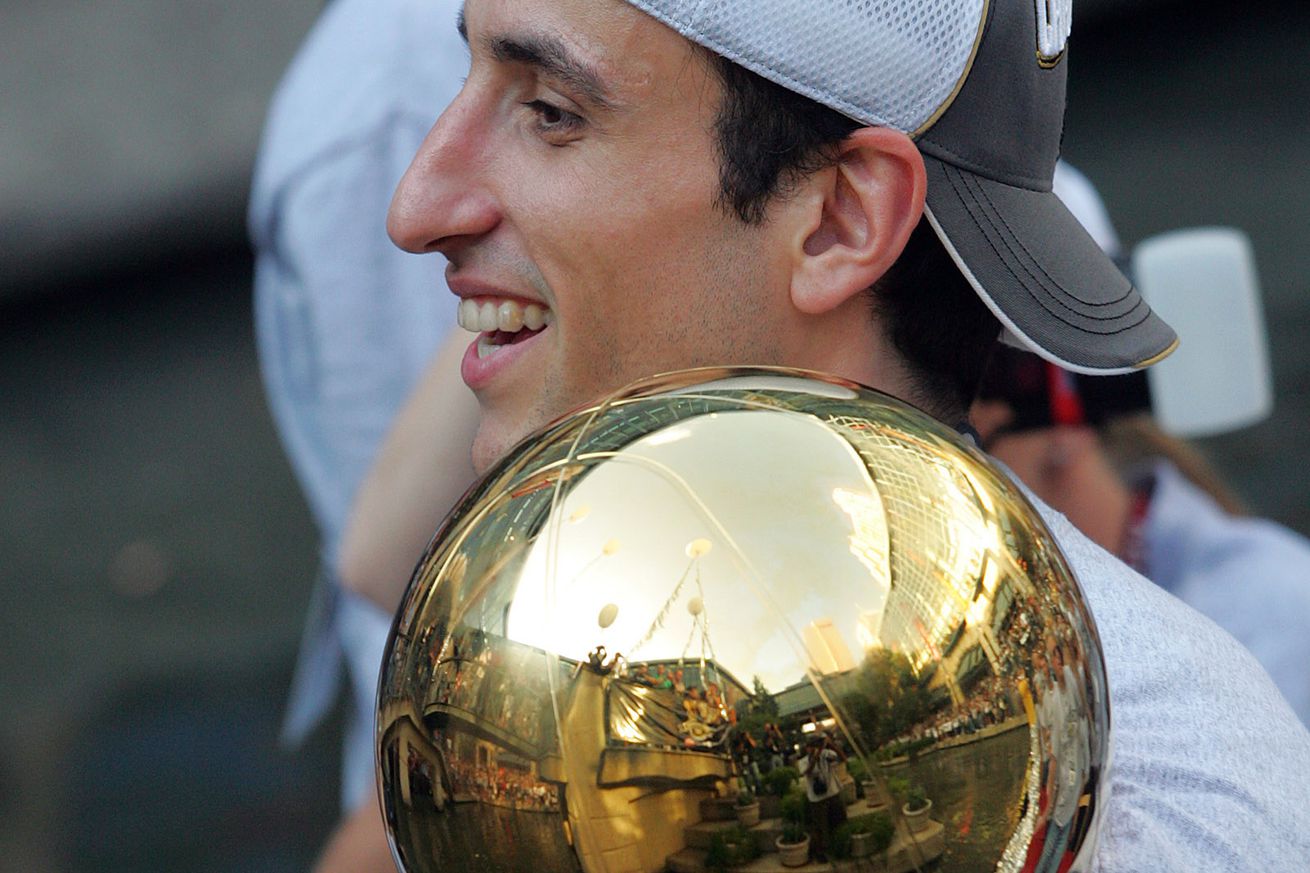 Before the injury to DeJounte Murray, I was one of the few who held the opinion that the Spurs had the best shot at winning NBA title out of any team not named the Golden State Warriors or the Boston Celtics. After his injury, I’m less bullish on their ability to match up with those two teams, but I think there are still good reasons to expect a strong regular season, including the following three seemingly obscure quantitative details.

The injuries to Murray and White have many concerned about the increased role for Bryn Forbes in the regular season, particularly on the defensive end. While these concerns have some basis in reality, they are largely overblown given his primary defensive role.

Last season, Bryn Forbes was 4th out of all players in the NBA who appeared in at least 70 games in defensive field goal percentage on shots from outside 15 feet, allowing makes at just over 31%. As hard as it might be to believe, he was ahead of Anthony Davis and Giannis Antetokounmpo.

I discovered this fact by accident while looking for evidence to test my theory that in today’s NBA game, taller players are actually better perimeter defenders because of the decreasing emphasis on man to man lateral quickness due to switching schemes and the increasing emphasis on length to bother shots and funnel to lower percentage options. I was about to argue that Pop should try an experimental lineup that included DeRozan at the point and a collection of very mobile small forwards and power forwards at the other four spots instead of rolling with Forbes at the point. Of course, seeing Forbes randomly on the list negated my theory as it applied to the Spurs.

The takeaway for me was that (although he does not get a lot of steals, does not defend particularly well at the rim, and doesn’t look like a defensive stopper) Forbes is actually an effective defender statistically. This is true because, for whatever reason (quicker rotations, angle of closeouts, getting into the shooting pocket, etc.), opponents shoot significantly worse (6% worse to be exact) from outside of 15 feet when defended by him. Of course, I recognize that defensive field goal percentage CAN be a misleading statistic as a defender is assigned regardless of proximity, but for a defender like Forbes whose primary job is going to be to close out shooters, it is good evidence that he he won’t be a defensive liability on the majority of possessions and will likely be a defensive asset against 3 point driven offenses.

Derek White doesn’t have Murray’s length or “wow” factor, but his draft combine measurements indicate he is more explosive than the eye test would indicate and has a higher ceiling. At the draft combine in 2017, he measured a standing vertical of 31 inches and a three quarter court sprint of 3.08, which was good for best in the class (and the best in at last the 3 years). These, combined with a 6’ 7” wingspan should make him a solid defensive point guard, which is primarily what the Spurs need given Demar DeRozan’s penetrating, finishing, and passing abilities.

Both Aldridge and DeRozan get a bad rap for efficiency because they take a lot of long 2s which drives their effective field goal percentage down, but both players offset this inefficiency by reducing their turnovers. Out of all NBA players who played in at least 70 games and have a usage percentage of at least 25%, Aldridge and DeRozan rank first and third respectively for lowest turnover ratios. In other words, plays that use them are some of the least likely in all of the NBA to end in a turnover. To a large degree, this compensates for their lower effective field goal percentage because the possessions they are involved in are more likely to actually get to the rim. Similarly, DeRozan’s assist to turnover ratio of 2.38 is good for second in the NBA among players within the same parameters (as a Spurs comparison, Kawhi Leonard’s assist to Turnover ratio during his MVP contender 2016-2017 was a 1.69… a significantly less efficient mark). As Popovich hinted recently, DeRozan is indeed one of the most efficient passers in the game and the Spurs’ offense will benefit from that.

In general, this low propensity for turnovers from Aldridge and DeRozan is an area that has been overlooked by many analysts in their projections of the Spurs’ win totals. This may be because while the effect of turnovers on shot opportunities can be computed fairly easily, the other ramifications of turnovers, particularly live ball turnovers, on transition defense, player psyche, offensive rebounding schemes, etc. is more difficult to quantify.