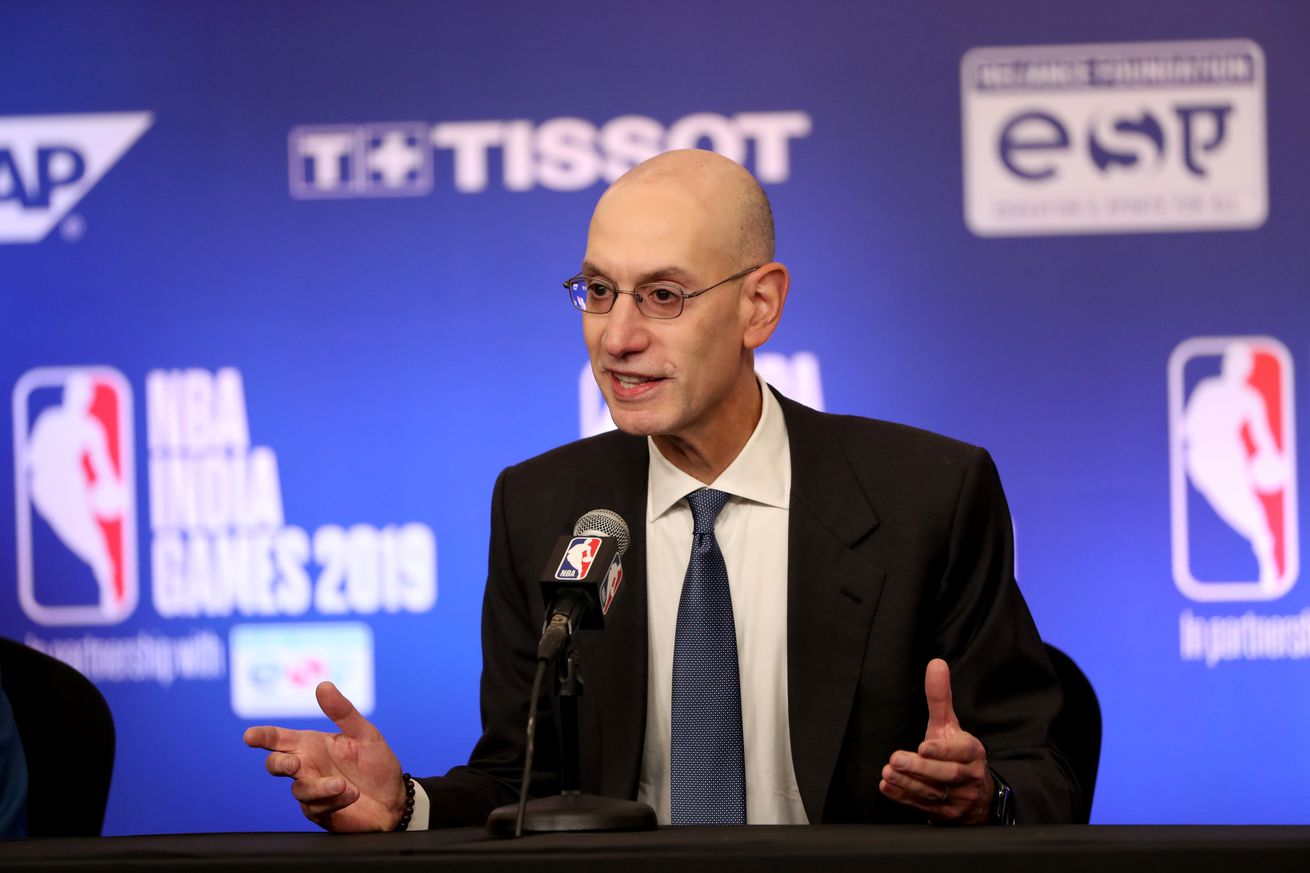 HK leadership is still waffling about the issues at hand.

The NBA is in a tough spot right now. For anyone who has been living under a rock, here is a NBC’s quick but excellent recap of the whole debacle: from Daryl Morey’s tweet that started it to LeBron’s comments that stirred the pot. Since I live in Hong Kong and have a front row seat to everything going on here, editor-in-chief J.R. Wilco asked me to cover the NBA/China/Hong Kong beat for the time being.

In NBA Commissioner Adam Silver’s first public appearance since returning stateside, he addressed the media regarding the league’s ongoing fallout with China. He admitted the financial losses are already significant but refused to cave into China’s demands to fire Rockets GM Daryl Morey over exercising his constitutional right to freedom of speech in support of the Hong Kong protests. You read that right: Silver said officials in the Chinese government pressured him to have Morey fired because he publicly supported those of us who have been protesting the way that China has been chipping away at our freedoms. (China is now strenuously denying these claims; more on that in the future if necessary.)

After a few early missed opportunities, Silver now seems to be sending the right message: China cannot dictate to the NBA. If only Hong Kong’s leaders were ready to do the same. After Wednesday’s policy address by Carrie Lam, the Chief Executive of Hong Kong, and her question-and-answer session on Thursday, it’s clear that no one in charge is interested in following Silver’s example.

Since my last post, there have been more attacks on the people who have been peacefully protesting the Chinese government. Jimmy Sham (who has been leading the Civil Human Rights Front throughout the summer’s non-violent protests) was attacked by at least four hammer-wielding men as he was on his way to a meeting on Wednesday.

Lam’s Legislative Council (LegCo) question-and-answer session on her Policy Address was interrupted by protests from pro-Hong Kong (or pro-Democratic) lawmakers speaking for us (a common scene ever since the last Chief Executive was in charge). In the end, only three lawmakers — all from the pro-Beijing DAB party, who hold 41 of 70 legislative seats — were able to ask questions over a 90-minute session.

The pro-Beijing legislators slammed the pro-Dem minority, calling their behavior “shameful” and “violent” even though all they did was:

1. Hold white flowers often seen at funerals — in an attempt to observe a minute’s silence for those who have died during the four months of protests in Hong Kong — but LegCo president Andrew Leung shot down their request.

2. Start chants that Lam was unfit to rule Hong Kong due to the ongoing protests, with at least six lawmakers being kicked out of the chamber.

On Thursday afternoon, a radio phone-in program with Chief Secretary Matthew Cheung (appearing in place of Lam, who claimed to be “just too busy”), some youngsters spoke out on why they are in despair, while Chief Cheung claimed that society needs to move forward and stop dwelling on the July 21 incident. (Again, not answering the concerns of Hong Kong people, such as the wanton attacks by police on .)

Officials like Lam (who quickly criticizes protesters when violence breaks out, but has never once spoken against the police, even when they attack peaceful protesters) only stir up more unrest. Hong Kong’s government can’t even get their message straight, as Lam claims to have “postponed” the extradition bill that protesters demand to be withdrawn, even claiming “the bill is dead” to the press, but she still refuses to actually withdraw it despite that message.

They are fueling more anger and distrust between the people and government (and of course, the police force). Although the vast majority of Hong Kong (protesters included) are still not asking for total independence, mainland China consistently labels all pro-democracy groups separatist. As long as the HK government ignores the foundational issues of freedom and equal treatment, even most gentle kid will eventually turn into an independence seeker. I am totally anxious about the current situation, and the phantom of Tiananmen Square is constantly on my mind.

This is merely a quick insight into how the government and its leaders are currently operating. With the police attacking people for looking like a protester (simply for wearing black) it’s not safe to wear black Spurs gear in the streets. I have seen these kind of events first hand, and that will be the subject of my next post.