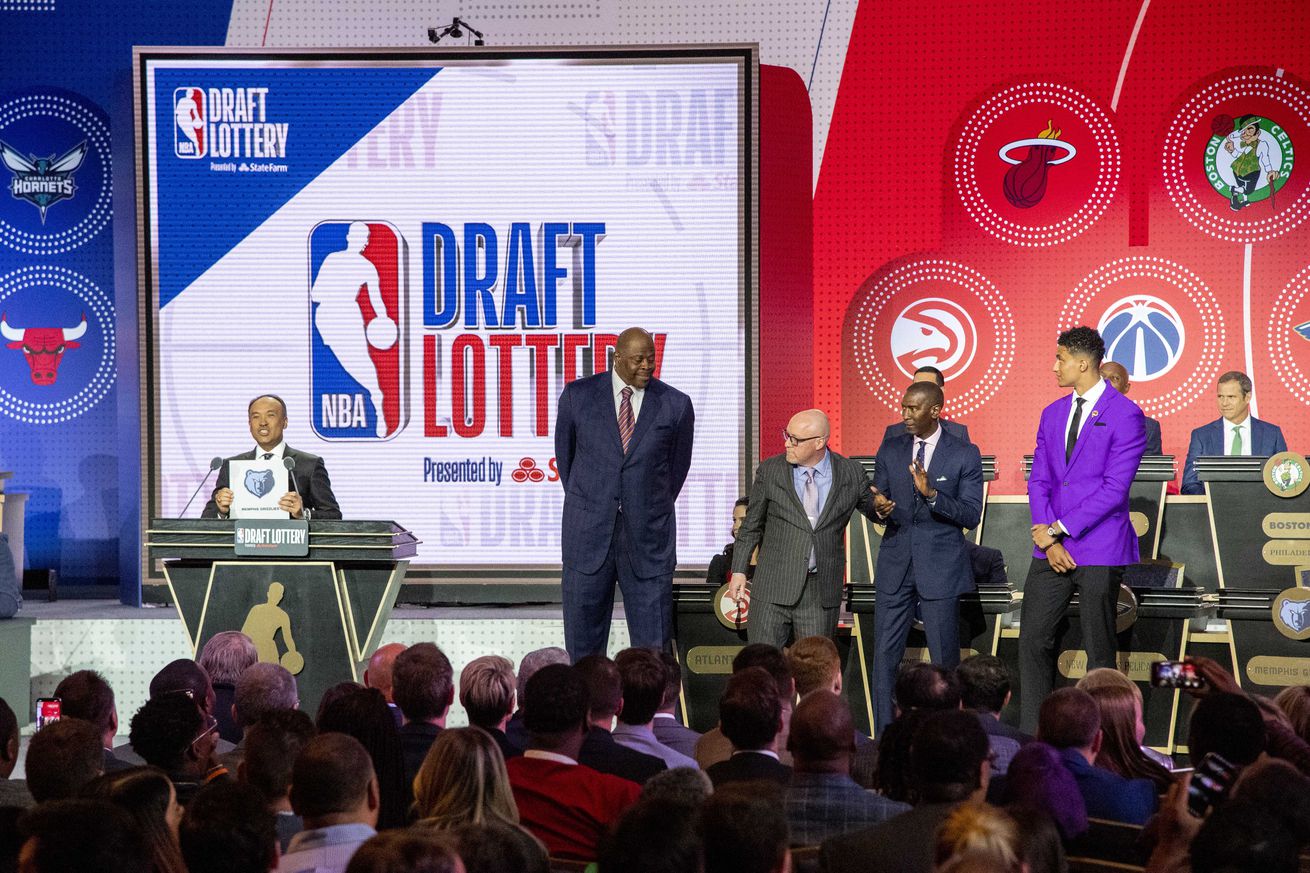 Two teams in the Southwest Division ended up with the top two picks in the draft.

A lot of the talk leading up to the NBA draft lottery was whether or not the lottery winner would dangle Zion Williamson in front of the New Orleans Pelicans in the hope of acquiring Anthony Davis. In a twist that would make M. Night Shyamalan smile, the Pelicans hit on their 6% chance of acquiring the number one overall pick. Now the talk is going to shift to whether or not the idea of Zion joining the Pelicans is enough to entice Davis into forgetting about the past and looking towards a brighter future in the city in which he was drafted. Even if Davis still demands a trade, the Pelicans can leverage Zion and the trade package they receive for Davis to jumpstart their rebuild. This is literally the only outcome I can think of that may end up saving the Pelicans from a long rebuild process.

Another fortuitous moment for the Southwest Division came at the hands of the Memphis Grizzlies. If they had finished outside the top eight they would have lost their first round draft pick to the Boston Celtics. Instead, they jumped up from 8th to 2nd in the draft. This was the perfect outcome for the Grizzlies as Ja Morant, the explosive point guard from Murray State, will be available for them to select 2nd overall. This could allow them to move on from Mike Conley and start building around Morant and Jaren Jackson Jr. They could instead go the wing route and draft R.J. Barrett. Both selections would be great picks for the rebuilding Grizzlies.

It wasn’t that long ago where all five teams in the Southwest Division made the playoffs. Since then there’s been a bit of a drop off, but that could change over the next couple years. The Dallas Mavericks will be stronger next season if Kristaps Porzingis’ legal issues get resolved and he’s healthy to play. The Pelicans could be a force next season if they can convince Davis to stay. The Grizzlies will still be in rebuild mode, but they will have two great young players to start building around. I’ll wait until the entire offseason unfolds before I make my final judgement, but next season could be a bloodbath in the Southwest Division and the Western Conference as a whole.

I guess technically it could have been worse for the Spurs. Had the Mavericks’ pick ended up landing inside the top five they would have retained their pick this season. It’s the small things in life.

The other big move in the draft lottery was the Los Angeles Lakers’ moving up from 11th to 4th. Had they ended up winning the draft lottery I would have dusted off my tinfoil hat and started with my conspiracy theories.

The biggest loser of the draft lottery must be the New York Knicks. They have high hopes this offseason as is the norm. They were hoping to add Zion to a couple high profile free agents. They will still end up with a top three talent in the draft, but Zion to the Knicks made so much sense that I’m glad it didn’t happen.

The biggest winner outside of New Orleans might be the NBA. They modified the draft lottery odds this season in an attempt to deter teams from tanking during the regular season. This season the teams with the three worst records each had a 14% chance of winning the lottery. This is in stark contrast to previous seasons where the team with the worst record had a 25% chance of winning the lottery, the 2nd worst team had a 20% chance, and the 3rd worst team had a 15.6% chance. With three of the top four teams falling in the draft, the NBA got exactly what they wanted. They wanted to send the message that no matter where a team finishes in the regular season, there are no guarantees come draft time.

After the dust settled, the final draft order after the lottery is as follows:

Well Pounders, what are your thoughts about the draft lottery and the draft overall?

The NBA draft lottery went about as bad as possible for the Spurs
Source: Pounding The Rock