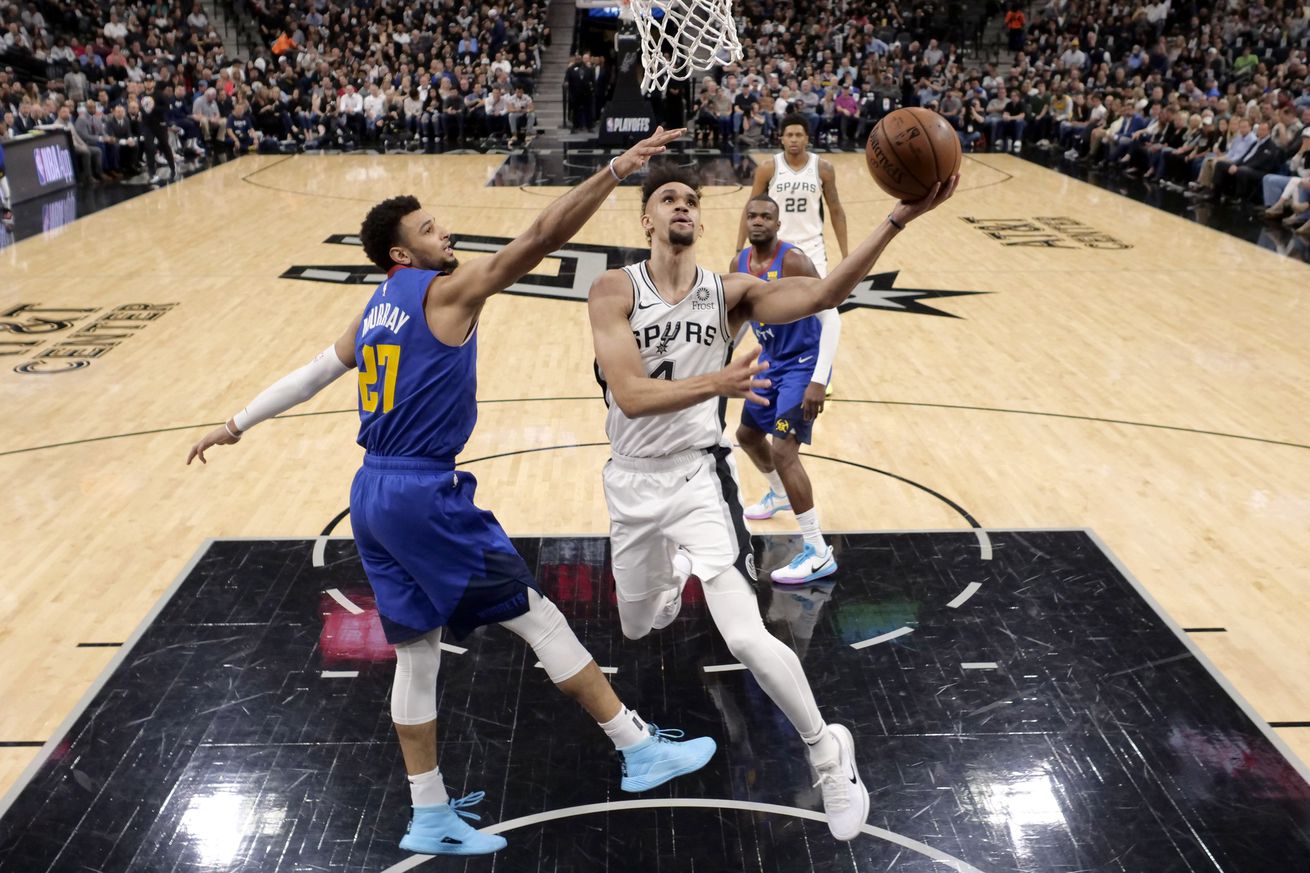 If Denver makes it their mission to stop White from going off again, DeRozan and Aldridge could feast.

Derrick White played a huge part in the Spurs’ Game 3 win, leading all scorers with a career-high 36 points to go with five assists and three steals. He was everywhere and hurt Denver in every area, but he was particularly effective driving to the rim and finishing. It was the type of standout performance that can alter an opponent’s game plan going forward.

The Nuggets largely dismissed the need for wholesale changes, stressing that the biggest adjustment would have to come in their attitude and physicality, but they did admit that they are going to have to pay more attention to White.

“If he continues to go off, it will be hard to beat them,” said Paul Millsap after Game 3. “But we’ll have a scout for that and I think we’ll do better Saturday.”

Coach Michael Malone talked about how defenders would have to get into the low picks the Spurs are setting for White to make him feel them. Backup point guard Monte Morris pointed out that they’ve been doing a good job on the Spurs’ stars, particularly LaMarcus Aldridge. but have struggled to contain other scorers. Clearly preventing White from walking into the paint, like he did for 29 of his 36 points on Game 3, will be a priority for Denver. They will make it a point to contain him, focusing a lot of their attention on him.

Which would be a great thing for the Spurs.

Charlie already covered how the extra attention the Nuggets have to pay White in Game 3 opened up opportunities for his teammates. Further adjustments could also get San Antonio’s stars going. Morris is right when he says the Nuggets have been doing a good job of containing DeRozan and Aldridge. DeMar is scoring efficiently, but he’s been driving less to the rim and getting fewer assists than he did in the regular season. LaMarcus is averaging 19 points, but shooting just 39 percent from the floor. Denver has done a good job of limiting their impact. That could change if they decide to shift their focus to White.

One of the small adjustments Malone made in the third quarter was to have a wing, either Gary Harris or Malik Beasley, on White while Jamal Murray hid on Bryn Forbes and Wlll Barton defended DeRozan. It worked when it came to cooling down White, as he didn’t score a single point in the 13 possessions in which he was guarded by those guys. It wouldn’t be shocking to see Denver try throwing more size at White going forward. The problem with that strategy is that it would mean fewer minutes in which Harris, their best defender, can guard DeRozan. No one else is physical enough to really bother the Spurs’ wing, so he could go go back to overpowering his defender on his way to the rim for either buckets or kick-outs.

As for Aldridge, Malone’s comments about getting into White while still going under screens likely means having the main defender try to push the screen back while the big man shows more aggressively to deter drives. Doing so could stymie White’s drives but could open up plenty of room for Aldridge to dive into space or pop open for jumpers. If the strategy gets extra aggressive and the big man switches onto White, Aldridge could get to post up with a mismatch against a scrambled defense, which would have a harder time doubling him without leaving someone wide open in the perimeter. If he gets a couple of easy buckets, his confidence could grow and he could become a serious problem for Denver.

There could be other repercussions to a shift in defensive priorities by the Nuggets. Spurs fans probably remember how Danny Green getting scorching hot from beyond the arc forced the Heat to adjust their defense in the 2003 Finals, resulting in some confusion and open looks for others. When teams have to stray from their original game plan, cracks begin to show. The Spurs are smart enough to spot them and exploit them.

Derrick White’s amazing performance on Thursday was directly responsible for the Spurs’ victory in Game 3. It might also indirectly have a profound effect on the rest of the series if it causes the Nuggets to focus on shutting him down going forward even if it means giving San Antonio’s star more room to operate.

The more the Nuggets focus on stopping Derrick White, the better
Source: Pounding The Rock