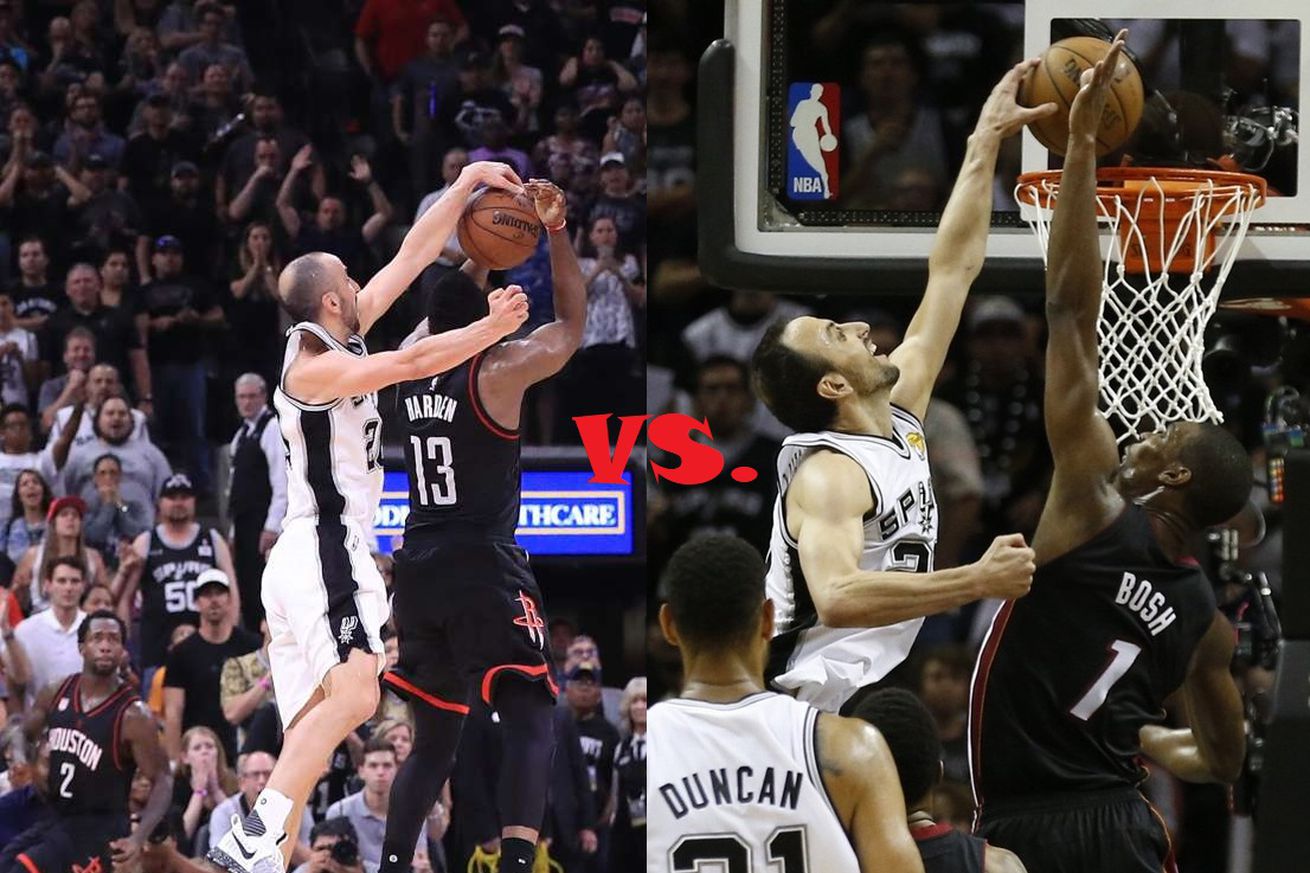 Time to vote for Manu’s best play of all time!

Welcome back to The MANU Tournament, where you the fans have voted 32 of Manu Ginobili’s best plays down to just two, so of course that means it’s time to determine his best play of all time! First, let’s take a look back at The Final Four, where all four tops seeds went head-to-head:

In an unsurprising result, two of Manu’s best, biggest, and most memorable moments from the playoffs have made it all the way to the Finals. One was a potential series-saving play of defensive perfection against one of the best shooters in the league while down two starters. Another was the most eye-popping play during a massive comeback in a game that capped off arguably the most satisfying of Spurs championships.

There have been upsets and some tough match-ups here and there, but this promises to be the toughest of all. It’s now up to you guys to determine Manu’s completely undisputed best play OF ALL TIME, and remember everyone can only vote once, so make yours count!

That’s the end of The MANU Tournament! Remember all polls close on WEDNESDAY (not Sunday), Sept. 26 at 8:00 PM, and on Thursday, Sept. 20 we will crown the champion!