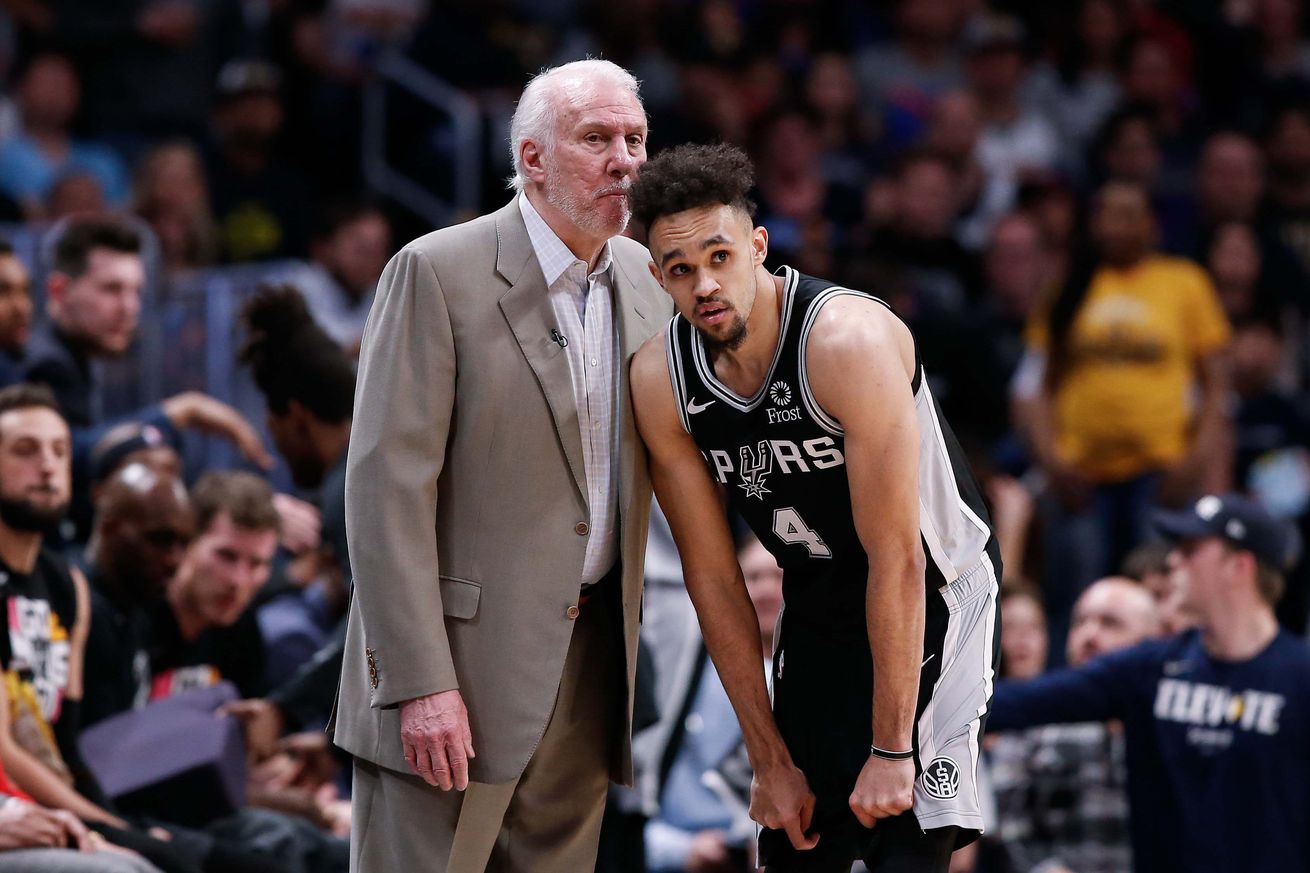 Spurs fans may have to wait a while to find out If Derrick White will play in the World Cup for USA Basketball this summer.

With the 2019 FIBA World Cup around the corner, USA basketball started their preparation for the worldwide event last week. After many of the NBA’s stars decided to sit out this tournament, the US seems to be gearing this team towards the up and coming stars of the league.

Notable for the San Antonio Spurs, incoming second-year point guard Derrick White made the jump from the Select Team — a group comprised of mostly younger players — to the Senior Team, and he will have an opportunity to compete for one of the 12 spots on the World Cup roster or one of the three alternates, who travel with the team. White joins the following 15 other players who are looking for a chance to represent their home country and compete for a gold medal.

National team managing director Jerry Colangelo threw out the idea of the team potentially carrying a couple extra players for their three exhibition games, which fall before the deadline.

“We’re flexible. If we have a tough decision to make, we’ll bring an extra guy or two with us.”

According to John Schuhmann of NBA.com, head coach Gregg Popovich does not have to make final decisions on the World Cup roster until the day before the tournament begins, so the USA staff has at least three weeks to further evaluate players such as White.

The tournament will take place from August 31 through September 15 in China. Team USA will play the group stage in Shanghai against Turkey, Japan, and the Czech Republic.