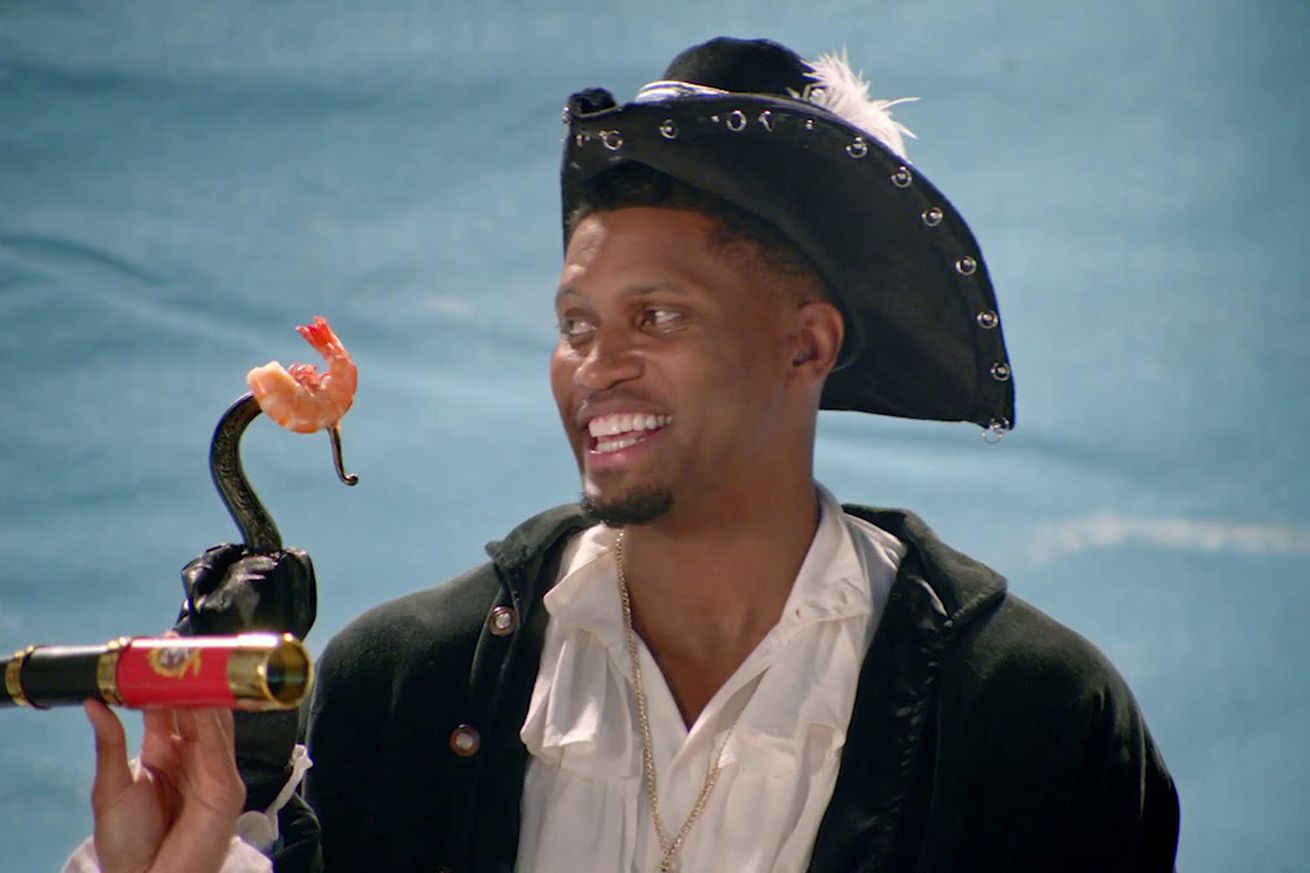 It’s deja-vu all over again.

Well, here we go again! Along with the first late-game comeback win of the season, we witnessed the first wave (pun intended) of this year’s H-E-B commercials, featuring the San Antonio Spurs we all know and love. Familiar favorites Patty Mills and Rudy Gay lead the way in the first pair of advertisements, and San Antonio’s most beloved Spartan Bryn Forbes manages to hold his own in his debut as well. Of course, we’re all still anticipating the highly publicized “Spurs’ Legends” commercial featuring (among other things) Manu Ginobli carrying a baby G.O.A.T., but I think you’ll find that these two commercials will be enough to whet your appetite in the meantime!

Pirate Ship: The H-E-B adverts came flying out of the gate with this one, with Gay’s flight of fancy leading to a rather Shakespearean play-within-a-play (or commercial-within-a-commercial if you prefer) and a bald-faced series of wordplay that would make even the Bard of Avon blush. Also Featuring: Forbes’ rather exotic pronunciation of the word “Sushi”.

Cooking With The Spurs: Rudy, Patty, and DeMar DeRozan team up in this Spurs Coyote featuring send-up of combined podcasts and cooking shows. Allowing such a sensitive, basketball-loving canine to cook for a critical audience works out about as well as you’d expect, but at least the Spurs’ players have a ready solution. Turns out you can’t teach an old Coyote new tricks, but you can come up with an alternative.

Regardless of the team’s rusty performance last night, (they had so many turnovers I thought that the H-E-B commercials were going to end up being about baked goods) it’s always great to see them having fun together in these advertisements. I look forward to them every year, in spite of the consistent level of cheese, mostly because I’ve always felt like they are a sort of indication of how close San Antonio players are as teammates. And (turnovers aside) if last night’s performance is any indication, we likely have a lot more than H-E-B commercials to look forward to this season! In the meantime, here’s a picture of Manu and a baby goat to hold you over.