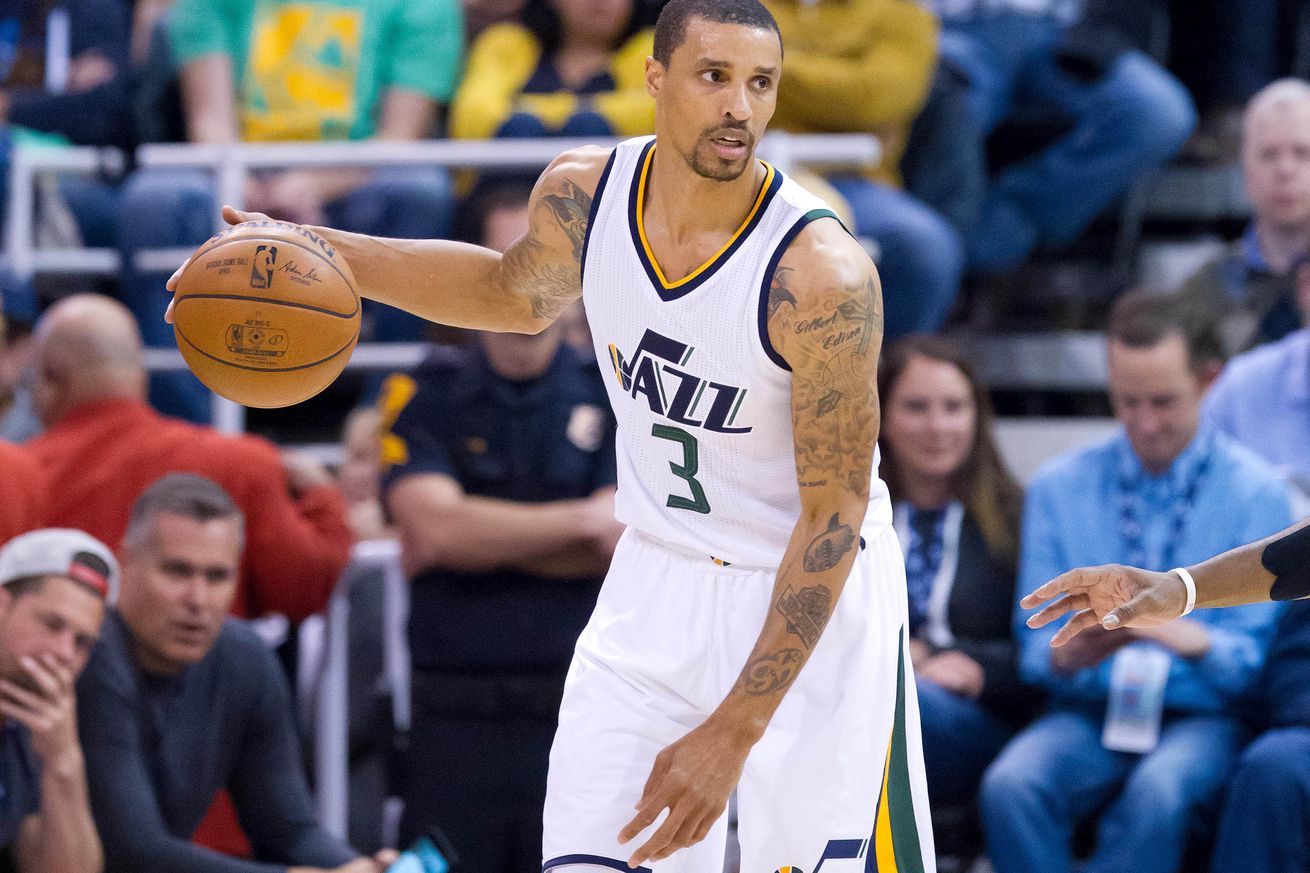 Rumors are flying that Hill could reunite with Pop and the Spurs.

Chris Paul was traded and because of that, eyes have turned to George Hill as a possible free agent target. Hill formerly played with the Spurs before they traded him for some guy named Kawhi Leonard.

Hill was extremely productive with Utah last year, despite appearing in only 49 regular-season games due to injury. He came back and played well in the playoffs but was once again forced out after hurting his toe.

Hill still owns a house in San Antonio and works out at the team’s facilities when he’s in town. He is currently in San Antonio for a family party, so it’s not related to the team at all. Don’t be surprised if Hill meets with the Spurs once free agency starts, considering he’s already in town.

What if the Spurs came full circle and ended up with both Kawhi Leonard and George Hill? After all, he was Pop’s favorite player.