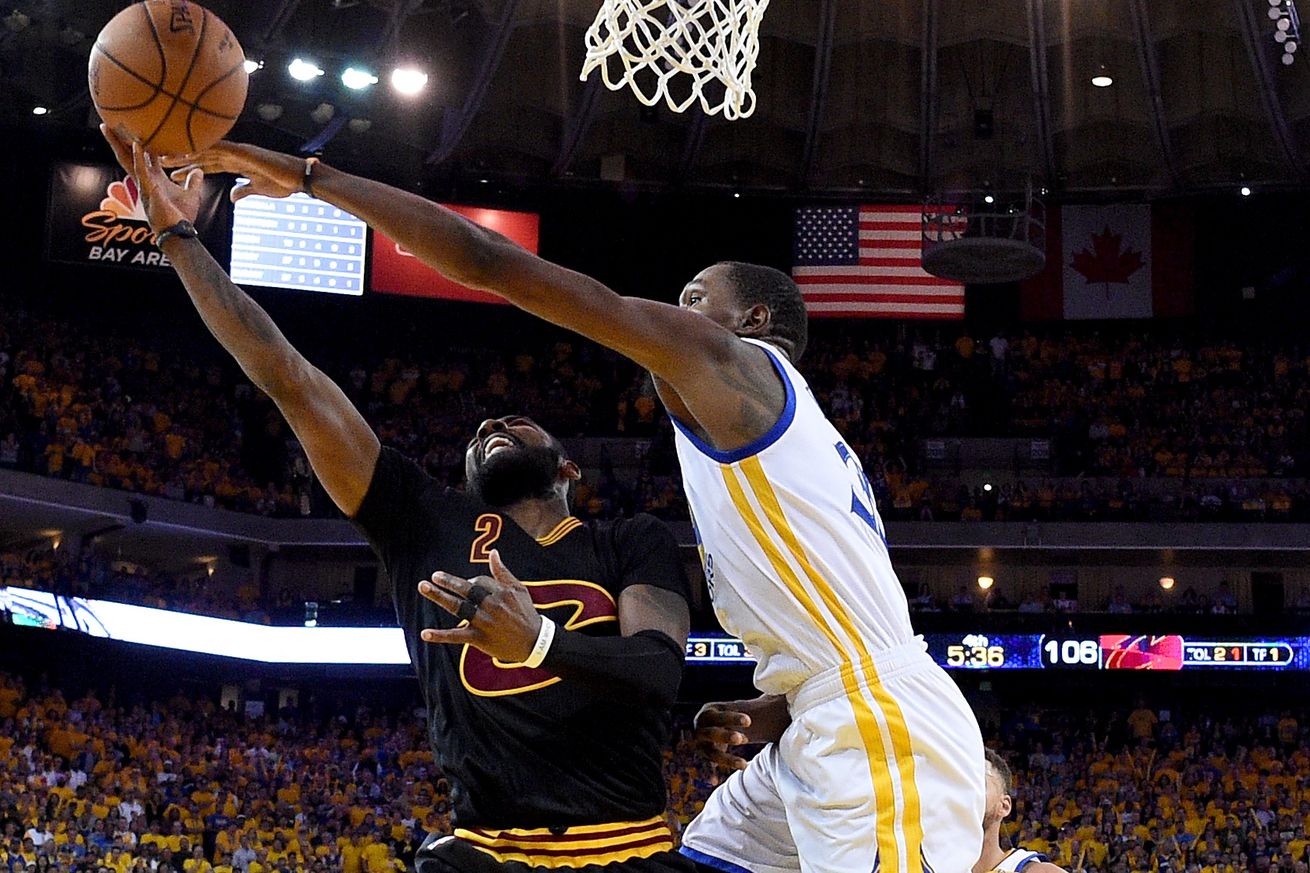 Sometimes a team loses even though it plays well. Sometimes the other team just played better – and that happened Monday night. Only one team can win, and if you are not that team, you want to walk away knowing that you gave it all your all, and just fell short. The defending champs can certainly walk away with their heads held high, knowing that can’t blame injuries or the fates – they just lost.

And the Cavs lost with honor. They came into a hostile environment against a strong opponent, and jumped ahead. And even after the Warriors went on a 21 – 2 run to go up by double digits and the Warriors fans started prematurely deciding the Finals were over — Cleveland continued to compete. LeBron, their leader, kept attacking the rim. They even cut that big lead to 3, but couldn’t get over the hump. The Cavs’ effort honored the game, and themselves.

Of course, there is a downside to playing well and losing to a better team . Especially when that team won’t be losing players to age, injury or free agency. The inability to blame injuries, the referees, or something that can be fixed also means, well, there is nothing to fix. The Cavs go into the off-season knowing that the most likely outcome of another rematch next year will be yet another loss to a superior team, the same superior team. And that makes for a long summer.

Other thoughts about Game Five:

1. The Warriors sure are happy to have Andre Iguodala on their team. While Draymond Green gets well-deserved credit for being the player that keys the “small-ball” Team of Death, Iggy’s role as the Fifth Musketeer is almost as important. Just as Kawhi Leonard gets credit for being the best “two-way” player in the game, Iggy is clearly the best “two-way” sixth man in the game. Unlike your Lou Williams or Jamaal Crawfords of the world (who come off the bench to score), Iggy scores, plays defense on the other team’s best player, rebounds, moves wonderfully without the ball, passes – and has some pretty cool dunks for a guy his age. I don’t think the Warriors would have won this year, or two years ago, without Iguodala.

2. The debate in this series has been whether Kevin Durant has supplanted LeBron as the “best player in the world”. That debate is so interesting because the two players most likely to be named MVP for their work this past season are not even mentioned in the debate. Indeed, the only other player I would put into the debate would be Kawhi Leonard, who is universally referred to as the best “two-way” player in the game. Being the best “two-way” player might just mean you are the best player. Last time I checked, all players are supposed to play both ends of the court.

3. I will have more comments on the season later, but for now, I will just pass along super-son Pablo’s comment about this Warrior team. He pointed out that the Death Star label may not be the best description for the new champions. He suggested a better analogy may be The Borg Collective, from Star Trek, The Next Generation: Once the Borg assimilated Kevin Durant, resistance truly was futile.