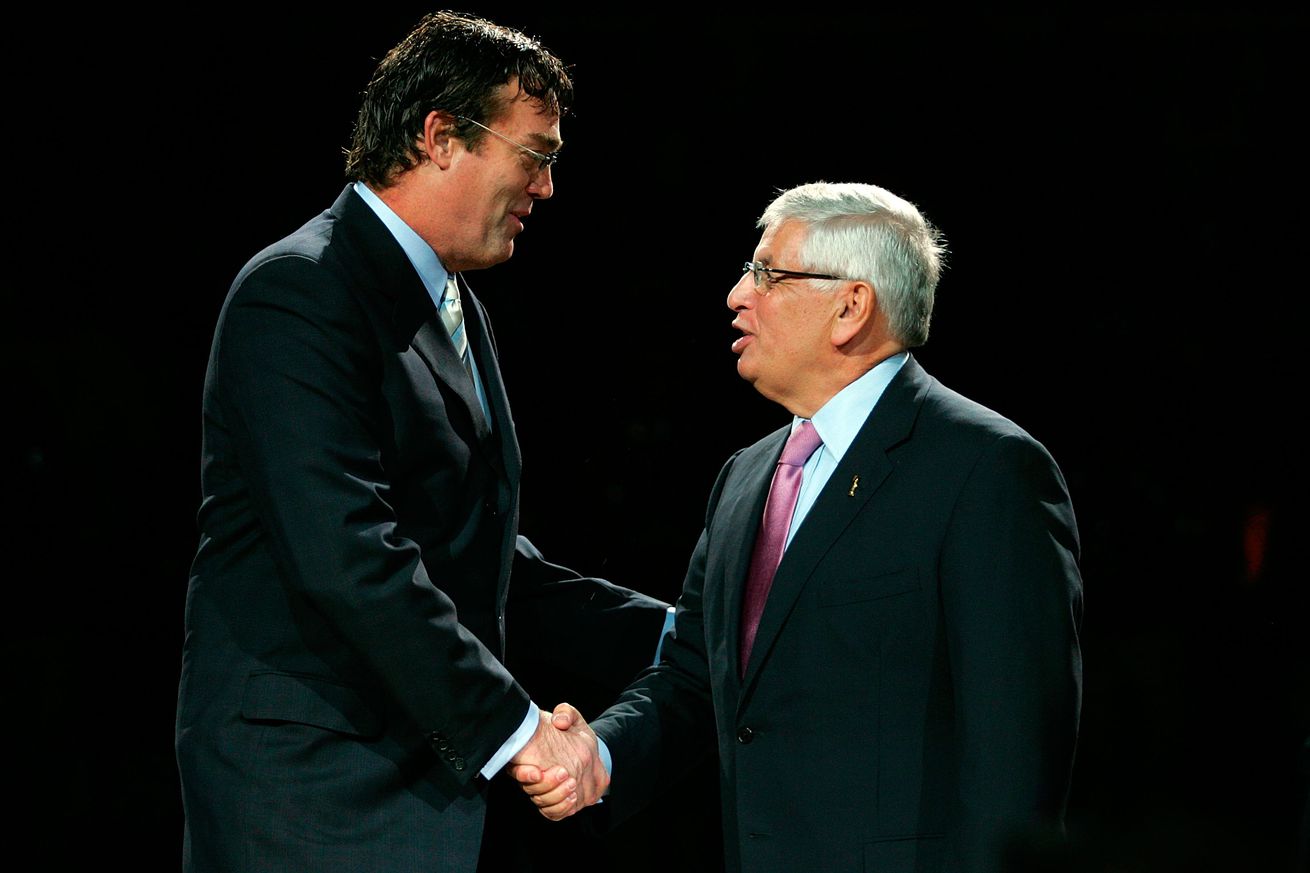 The Spurs could cut through some of Thursday night’s uncertainty and address long-term positional need by being uncharacteristically aggressive.

Like many bloggers, I occasionally get added to mailing lists that share the latest prop bet odds on anything from season win totals to how many times Jay Bilas will use pet phrases during a broadcast on draft night. Like many degenerates, I tend to skim them if for no other reason than the mental exercise (for what it’s worth, I’ve got the over on 1.5 for how many times he says, “freak athlete”).

One that came through on Wednesday morning (for the site, MyTopSportsbook.com) included odds on whether teams with multiple first-round picks would trade one. It listed them, in order of likelihood, as Celtics (1-to-5), Cavs (1-to-3), Hawks (2-to-3) and Spurs (4-to-3). While that puts San Antonio as the only team with a greater chance of keeping both picks than moving either, it’s still worth speculating on as the team heads into a draft that could greatly shape its future.

Unless I’m mistaken, there are two ways to move in a draft: up and down. Brandon Meiners articulated well the benefits of moving back from 19 here as a way of picking up an extra asset while getting more or less equal value than they would at 19. The logic is sound and backed by the idea that the ideal options that may start to thin out in the late teens. It’s not so much that the talent level bottoms out, but rather that the guys who would address team needs are expected to go sooner or be available in abundance later, at 29.

Whether the Spurs make good on those 4/3 odds will depend as much on how they view their roster as how appealing they find a prospect that seems currently out of reach. We’ll flesh out those points and a few others here to see if they may end up trading up for the first time since 2011.

The Spurs’ biggest need is for a big wing or versatile forward. Getting one in the draft would fill a gap in a young core that includes Dejounte Murray, Lonnie Walker IV, Derrick White and Jakob Poeltl and lend some depth in the short term. The problem is, the first run of players that fit that profile may end before the Spurs are on the clock.

The next part relies on mock drafts (I used the same approach as I did in this post) so I may lose you if you don’t trust the process, intel and logic their writers put into them. If you do, and you scan the latest version of these mocks, you’ll find more or less a consensus top 8, followed by big man Jaxson Hayes. Here’s a look at the players that follow, in order of average projected pick:

PATFO may really like Cameron Johnson, Matisse Thybulle, or Grant Williams. If so, they’ll have a decent enough selection of outcomes to where it’s worth waiting and seeing who falls to 19. But they’re at least doing their homework on the guys towards the top of that list. There have been reports of them working out Doumbouya and Bitadze, interviewing Little, and The Athletic’s Sam Vecenie questioned if Hachimura’s potential pre-draft promise from a top 20 team came from San Antonio. Individually, each one is probably just a case of due diligence, but the team would appear to be armed with the information needed to confidently lunge into 9 to 14 range.

There are other considerations.

The Spurs’ hole at forward isn’t just a long-term concern. Going into next season, and operating under the expectation that Rudy Gay re-signs, San Antonio would have 12 players under contract before factoring in their three draft picks. Of those 12, Gay would be the only real big wing and, depending on what you consider Chimezie Metu or a 34-year-old LaMarcus Aldridge, one of two guys who can regularly play the four in addition to Davis Bertans.

However, Gay is turning 33 in August, and Bertans has never looked fully comfortable defending on the perimeter. The young guards can fill in at the 3 in a pinch, but it’s not quite the same, and the Spurs can build a far more versatile group if they pick up the right piece on Thursday.

PATFO may need to shore up the forward spot in free agency, but they could give themselves some breathing room by turning three rookie contracts into two (or one if they use their second-rounder on an overseas prospect), or by attaching a role player to one of their first-rounders. It would keep the roster at a more flexible size while rounding it out positionally at the same time.

How do they trade up?

In a reputedly weak draft, moving up should be easier than usual, especially considering the Spurs could offer some combination of one (or both) of their two first-rounders and a rotation player to do it. Would a team on the playoff bubble bite at a Bryn Forbes or Davis Bertans on their own? If not, attaching pick 19 (or, better, 29) may be enough to entice Charlotte at 12, Minnesota at 11, or Washington at 9, provided those squads aren’t smitten by one particular player. Or maybe PATFO makes a bigger splash, and a move up the draft coincides with them trading away a more foundational piece.

The point is, the Spurs have options on Thursday, and moving up in the draft is just one way things may go. Within that there are a handful of ways things shake out, and that’s before considering who they’d even select with the pick. Odds are it should be a fun night.

The case for the Spurs to trade up in the draft
Source: Pounding The Rock