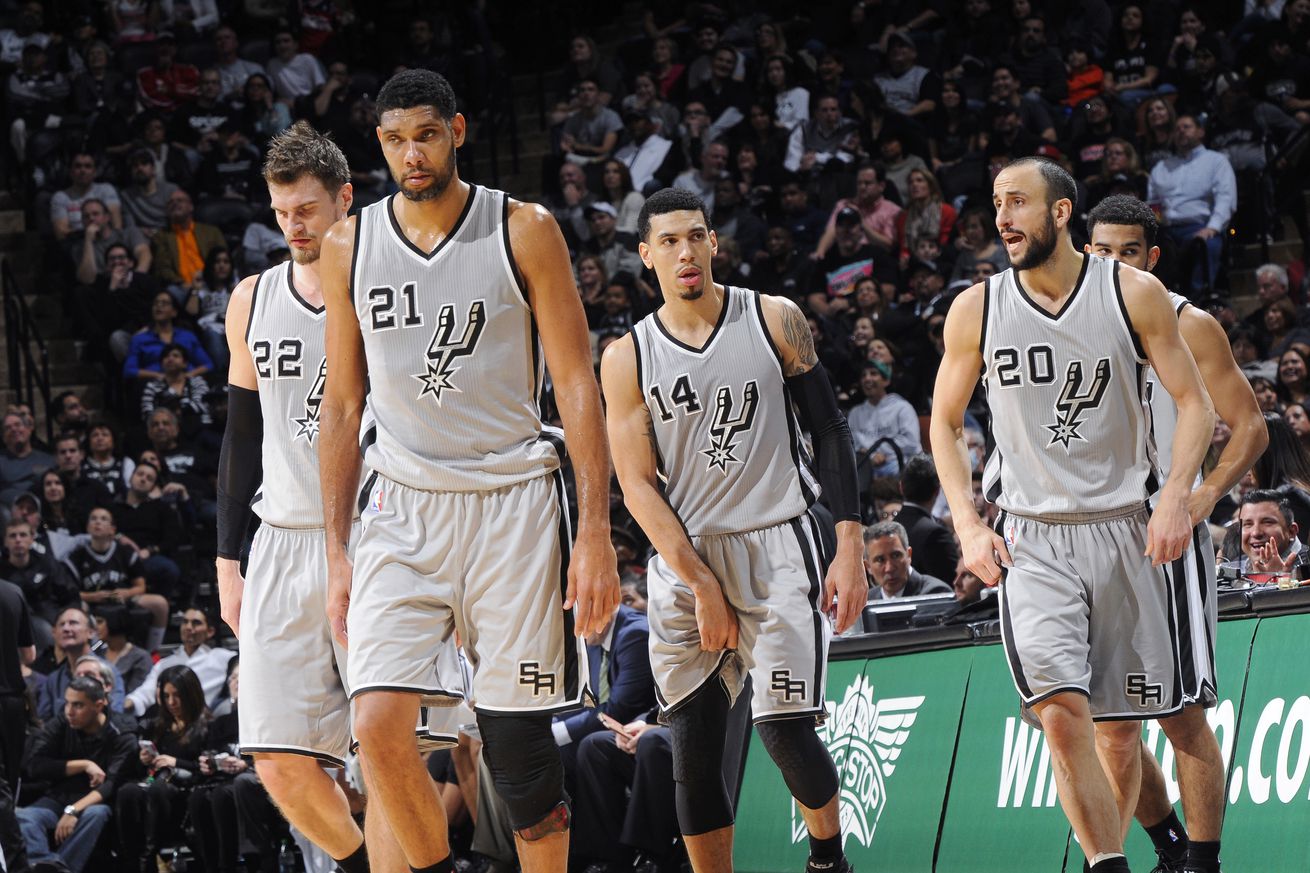 It will be good to have another classic Spurs team in the 2K20, but no video game will be able to capture what made that 2014 team so special.

It was recently announced that the new edition of the NBA 2K series will include the 2014 Spurs in its stable of classic teams. Surely this is good news for fans who’d love nothing more than to take the reins of the franchise’s last championship team and take on other iconic squads.

Unfortunately, some things are impossible to quantify, and what made that team special is one of them. I would be shocked if the experience of playing with the 2014 Spurs on a video game came remotely close to matching how fun it was to watch them pick teams apart in real life.

It’s understandable for that iteration of the Spurs to be immortalized now, even if it might seem too soon at first. Going back and looking at the names, it’s hard to find significant links from this Spurs’ team to that one. The style of play has changed dramatically. With Tony Parker now gone from the NBA and Kawhi Leonard on his second team since being traded, there are only five players from that roster still in the league, and only two, Patty Mills and Marco Belinelli, who are still in San Antonio. Even the coaching staff has changed. Only Gregg Popovich and Chip Engelland remain from a group that included Bulls’ head coach Jim Boylen, Nets General Manager Sean Marks and newly named 76ers Assistant Coach Ime Udoka.

The 2014 Spurs might be frozen in time, but trying to find their place along other iconic NBA champions remains difficult. They weren’t a SuperTeam despite having four surefire Hall-of-Famers, but they were not the 2004 Pistons or a one-star squad like the 2011 Mavericks because the Biggest Three were still relevant and producing and Kawhi Leonard wasn’t really the driving force behind their title run. They weren’t a particularly dominant team throughout the playoffs, since it took them seven games to beat the Mavs in the first round, but they absolutely dismantled the Heat in the Finals, so they were no scrappy underdog. Their regular season numbers were good, but not overly special. It’s not easy to find a tidy narrative for them or a cluster of similar successful teams with which to group them.

By many standards, the 2014 Spurs were just another championship team. Neither too good or too bad to be special, with no defining performance by a superstar or iconic rivalry to elevate their run. If I were not a Spurs fan, I’d probably skip past them in the “select team” menu and go with some other legendary squad in a heartbeat. Why go with a roster without an unstoppable star or some quantifiable strength over any other great team available? On paper, the 2014 Spurs are one of the most boring, unremarkable teams in the 2K stable, and it would be easy to overlook them when presented with the chance to pick more obviously impressive or dominant teams in NBA history.

Yet anyone who watched that team play knows that it was one of the most fun and aesthetically pleasing NBA champions ever — for reasons that are simply unquantifiable. The 2K version of that team might present it as almost inevitably generic and uninteresting, but they were anything but.

It’s just impossible to replicate the uniqueness of players like Manu Ginobili and Boris Diaw on a simulation, or to even understand it fully by looking at stats. The crispness of the ball movement that defined the style of that team was hard to comprehend even while watching it happen, so trying to emulate it seems futile. The meaningful contributions of limited but reliable players like Patty Mills, Danny Green and Tiago Splitter will be lost when represented by a rating. I don’t think NBA 2K will be able to capture just how important Tim Duncan and Parker were to that team’s defense and offense, respectively, despite not having eye-popping numbers.

It’s good that the 2014 Spurs will be immortalized in video game form, but they are unfortunately terribly suited to be translated faithfully to that medium. Seven passes and a shot sound a lot less exciting than a big dunk both in real life and NBA 2K, but that team made watching passes an exhilarating experience.

I doubt the NBA 2K version of the 2014 Spurs will be able to mimic what made that team special, but that’s fine. Actual NBA teams have tried and failed, too. That group was unique and will continue to defy categorization.

That might mean they will not be the most fun team to play with on a video game and will not likely be brought up when discussing the best teams ever, but it’s not all bad. Anyone who watched them in action will have no choice but to smile as they see one of the most fun and wildly idiosyncratic champions in NBA history pop up on their screen — even if they quickly scroll right past them.