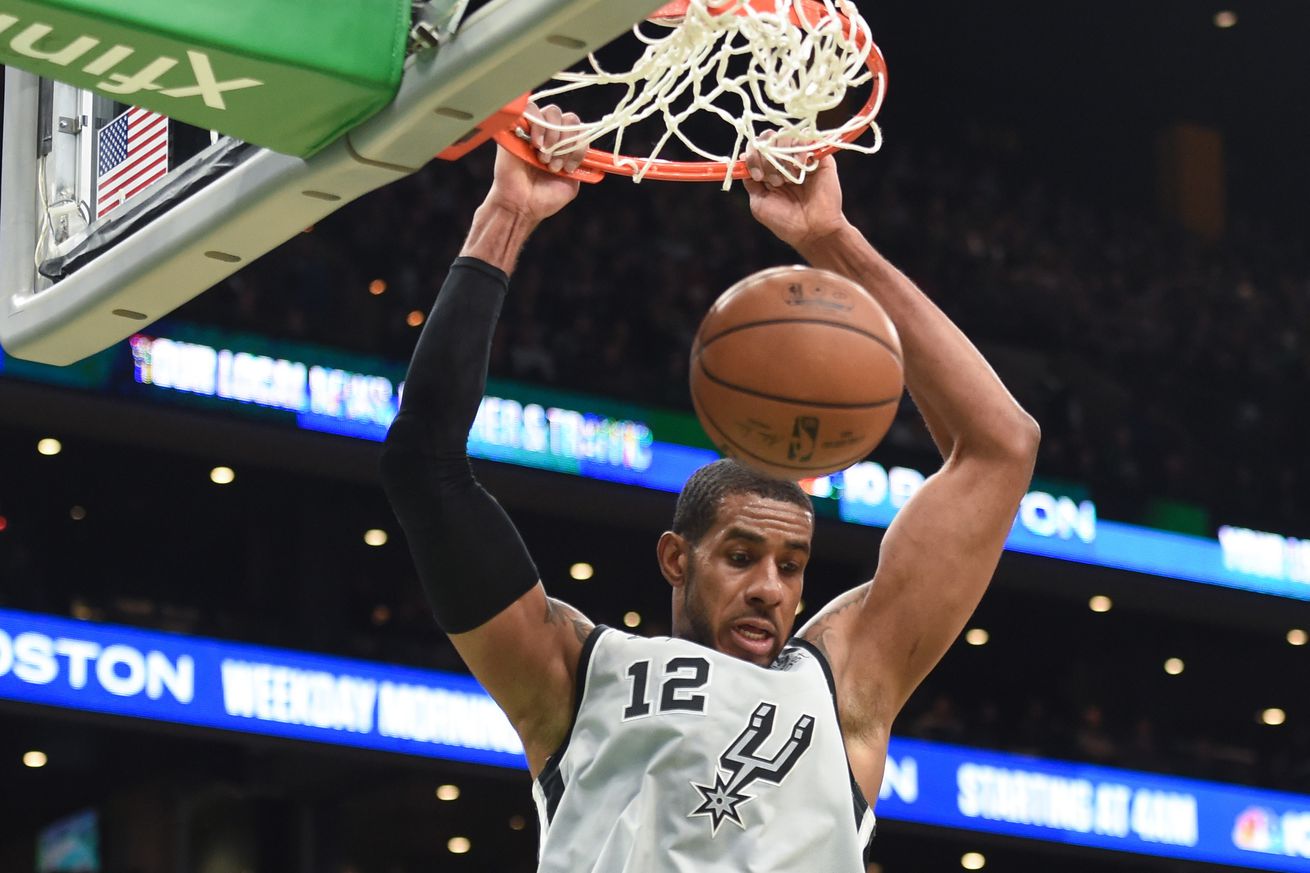 Another game, another career night for LaMarcus Aldridge. With the Spurs in desperate need of a win to stop a two-game skid that has placed them in sole possession of the 8th seed (for now), the Spurs rode their All Star for a relatively comfortable win over the struggling but still formidable Boston Celtics on their own court.

With 48 points, 13 rebounds, and 6 assists, it was the second-highest point total of his career (surpassed only by his 56-point outing in 2OT against the Thunder on January 10), highest scoring night on the road, and tied a career-high for 20 field goals made. It was his seventh 40+ point game of his career, with four coming in the last two seasons. This is also the first time in his career that he has had 45+ points twice in a season, and he joins James Harden (9), Kevin Durant (2) and Steph Curry (2) as the only four players in the league this season with 48+ points in multiple games. (Hat tip: Jordan Howenstine)

Aldridge continues to be a rock for the Spurs, and nothing is slowing him down. If everyone joins him for the ride, the Spurs are a serious threat to make some noise in the playoffs with the right match-up.