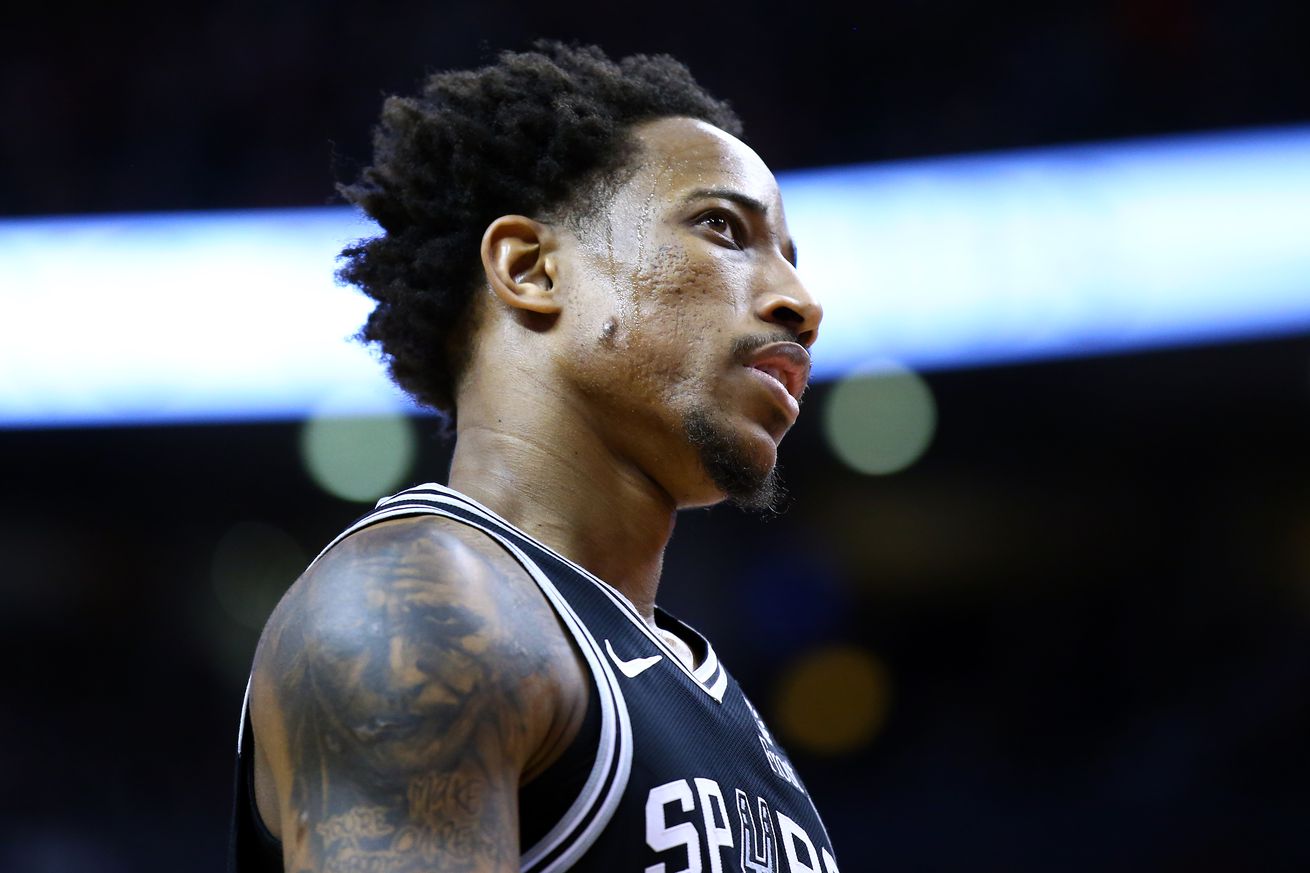 During the 3rd quarter of last night’s game in Toronto both head coach Gregg Popovich and DeMar DeRozan receive technical fouls. DeRozan made a vicious slam dunk on Chris Boucher who was assessed a foul call, sending DeMar to the line. Before the free throw could be taken, DeMar needed to remove himself from on top of Boucher. In the process of standing up, he received a technical foul for apparently taunting Boucher.

This does not directly address the technical fouls. Unfortunately Section 1-d does:

Any called foul, violation, or other decision by the game officials not listed in Section I—c above, or any non-call, is not a challengeable event. For clarity, instant replay review of the following events, among others, may not be triggered by a Challenge: (1) a called personal foul charged to the opposing team, (2) continuation—e.g., whether a defensive foul occurred prior to the offensive player beginning his shooting motion, (3) a Technical Foul or Flagrant Foul, and (4) violations such as traveling, carrying, double dribble, or an offensive or defensive three-seconds. As set forth in Section II—b—3 below, any aspect related to continuation constitutes a reviewable matter when a called foul is properly challenged, but continuation is not by itself an independent challengeable event.

As (3) states, a Technical Foul is not a challengeable event.

But perhaps it should be.

For one, the score can be affected and therefore the outcome. And in the case of some players, a technical can lead to the eventual missing of a game due to the accumulation of technical fouls.

Let’s come back to that.

If I am remembering correctly, a coach’s challenge freezes the events after the challenge if the penalty is overturned. On December 6th, the Spurs had a challenge overturned where Patty Mills was called for a foul against Buddy Hield. Pop used his coach’s challenge and the strip was ruled a clean steal. Now, once the ball was stripped, the ball had obviously gone out on Hield, but overturning the play ruled a dead ball and instead of the Spurs taking possession, the ball was tipped off at center court.

With that in mind, here’s another conundrum:

Hypothetically speaking, if the play had been challengeable, had been challenged, and resulted in an overturned foul, would the subsequent technicals and ejection been ruled null and void due to the ball being dead and the play ending?

I realize of course that is a lot of hypothetical for one example, but a lot will ride on some strange play and its outcome one of these days. A star player’s going to be ejected when he wouldn’t have had the correct call been made. Will the overturning account for that?

So what do you think, Pounders? Should technical fouls be allowable to be reviewed and reversible?