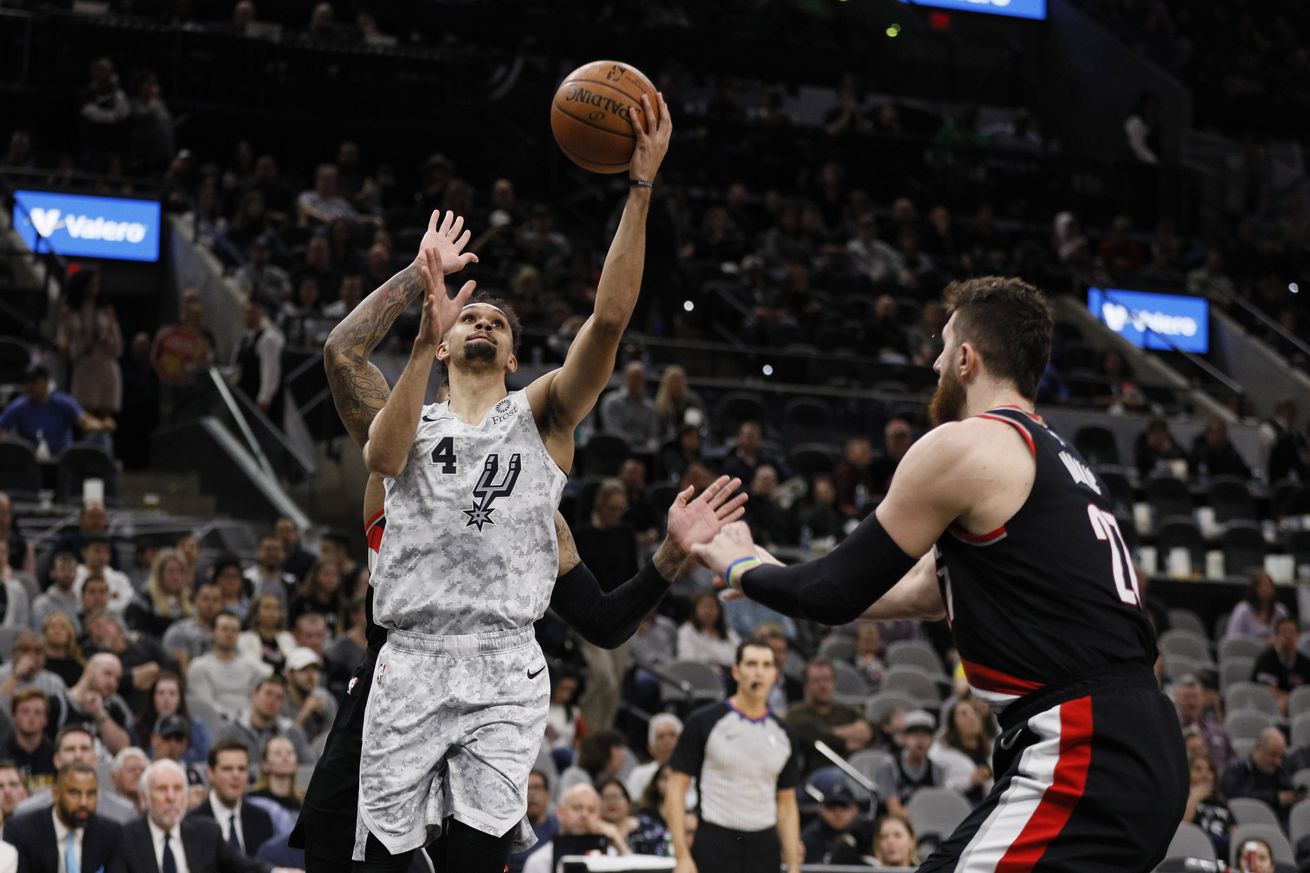 Are you not entertained?

The Western Conference has been highly competitive for years, but it’s never felt as wide open as it does at this exact moment in time. The Golden State Warriors should still be the prohibitive favorite to come out of the West until proven otherwise, but they’ve had moments of looking vulnerable. After the Warriors, it is anybody’s guess as to who is going to make it to the WCF.

The perennially under-the-radar San Antonio Spurs have now won eight straight games and appear to be peaking (especially defensively) at the right time. A concerning 1-7 Rodeo Road Trip had the Spurs tied in the loss column with the Sacramento Kings for the final playoff spot in the West. Fast forward to three weeks later, the Spurs have moved from 8th to 6th in the West and have a seven game lead over the 9th-place Kings.

The Houston Rockets played two games over the weekend, both against Western Conference teams out of the playoff race. The first game was on Friday against the Phoenix Suns. It wasn’t a convincing win by the Rockets — their largest lead was the six point lead they had at the end of the game — but it was a win nonetheless. The Rockets played the Minnesota Timberwolves on Sunday night, and after a slow start in the 1st half, raced past the Timberwolves for an easy victory.

The Rockets are now 9-1 over their past ten games and have a 1.5 game lead over the Portland Trail Blazers for 3rd in the Western Conference. With the Thunder struggling and the Blazers dealing with an injury to a key player, the Rockets look primed to finish the season 3rd in the West. This will likely allow them to avoid the Warriors until the WCF.

The Blazers had a back-to-back on the road this weekend. The first game was on Friday against the New Orleans Pelicans. While the final score of the game wasn’t particularly close, the Pelicans kept the game close long enough to force the starters of the Blazers to play heavy minutes.

The Blazers then had to fly to San Antonio immediately after that game to play the Spurs on Saturday night. The atmosphere at the AT&T Center was that of the playoffs, which was fitting because it was an extremely important game against two Western Conference teams jockeying for playoff position. The game was close throughout, but the Blazers ran out of steam at the end of the game, and the Spurs were able to pull away.

To add injury to insult, Jakob Poeltl fell on CJ McCollum’s knee midway through the third quarter and McCollum was forced out of the game. The Blazers did receive some good news on Sunday, as an MRI revealed that McCollum avoided major injury and he will be reevaluated in a week. Even if he returns before the regular season ends, it will be tough for the Blazers to gain ground in the West in his absence.

The Oklahoma City Thunder are in trouble. They are the only Western Conference team in the playoff hunt with a losing record over their past ten games. Their only game this weekend was on Saturday at home against a Kevin Durant-less Golden State Warriors. Russell Westbrook shot 2-16 and the Thunder lost by 22 points. Westbrook has struggled with his shot all season, and he has yet to transform his game enough to hide his inability to shoot. He’s shooting 33 percent and has a plus/minus of -14 in 141 minutes of clutch time this season. The Thunder will be a tough out in the playoffs, but I’m having trouble seeing them get out of the first round.

The Spurs are guaranteed to hold the tiebreaker against the Thunder due to winning their head-to-head match-up 2-1.

Like the Blazers, the Spurs had a back-to-back this weekend. The first game was on Friday against the New York Knicks. While on paper this would appear to be an easy game, the Spurs lost to the Knicks during their not-so-great RRT back in February. There would be no upset this time around, as the Spurs took care of business early enough to afford the starters rest in the 4th quarter.

This extra rest may not seem like much, but the Spurs definitely appeared to have more energy than the Blazers down the stretch of Saturday night’s game. This was a huge win for the Spurs for a few reasons, the first being that the Spurs are now only 1.5 games from 4th in the West and 2.5 games from 3rd. The Spurs also were able to tie their head-to-head match-up with the Blazers, so the tiebreaker between the two teams is going to come down to conference record. As it stands, the Spurs have a four game lead over the Blazers in terms of conference play, so they have a great shot at owning the tiebreaker against the Blazers come season’s end.

The Spurs have now won eight straight games, but this streak will be heavily tested over their next four games. The Spurs play the Warriors and Miami Heat at home, followed by a three-game road trip that includes the Rockets and Boston Celtics. Should be fun!

The Utah Jazz played the Brooklyn Nets on Saturday night. After falling behind by eight points midway through the first quarter, the Jazz dominated the Nets the rest of the way.

The Jazz have started playing better of late. After dropping to 8th place in the West a week ago, they have won three straight and are now only a 1⁄2 game behind the Spurs for 6th. The Jazz are guaranteed to own the tiebreaker against the Spurs due to their head-to-head record, so they are still in prime position to take over 6th at some point this season.

The Los Angeles Clippers continue to hang around in the tough West. On Friday they dropped 45 points in the 3rd quarter in route to a comfortable win over the Chicago Bulls. On Sunday night the Clippers had a back-and-forth affair against the Nets. The Nets looked like they were on the verge of blowing out the Clippers, but their 19 point second quarter lead was completely erased by halftime. The Clippers were up by ten points late in the 4th, but a quick 10-0 run by the Nets tied the game with five seconds to go. Lou Williams — doing what Lou Williams does — ended the fierce comeback with a game-winning three point shot.

The Clippers are tied with the Jazz for 7th in the West and are a 1⁄2 game back of the Spurs for 6th. The Spurs have a better conference record than the Clippers, so at the moment the Spurs would hold the tiebreaker.

The Spurs could end Monday night anywhere between 5th and 7th in the West:

I’m still rooting for the Nuggets to finish 2nd in the West, so I’m hoping they take care of business against the Celtics. The Blazers are always tough at home, but they will be facing the Pacers without the services of McCollum. A loss by the Blazers could move them to 5th in the West if the Thunder win.

The results of the games each night will almost certainly cause movement in the overall standings. Stay tuned.