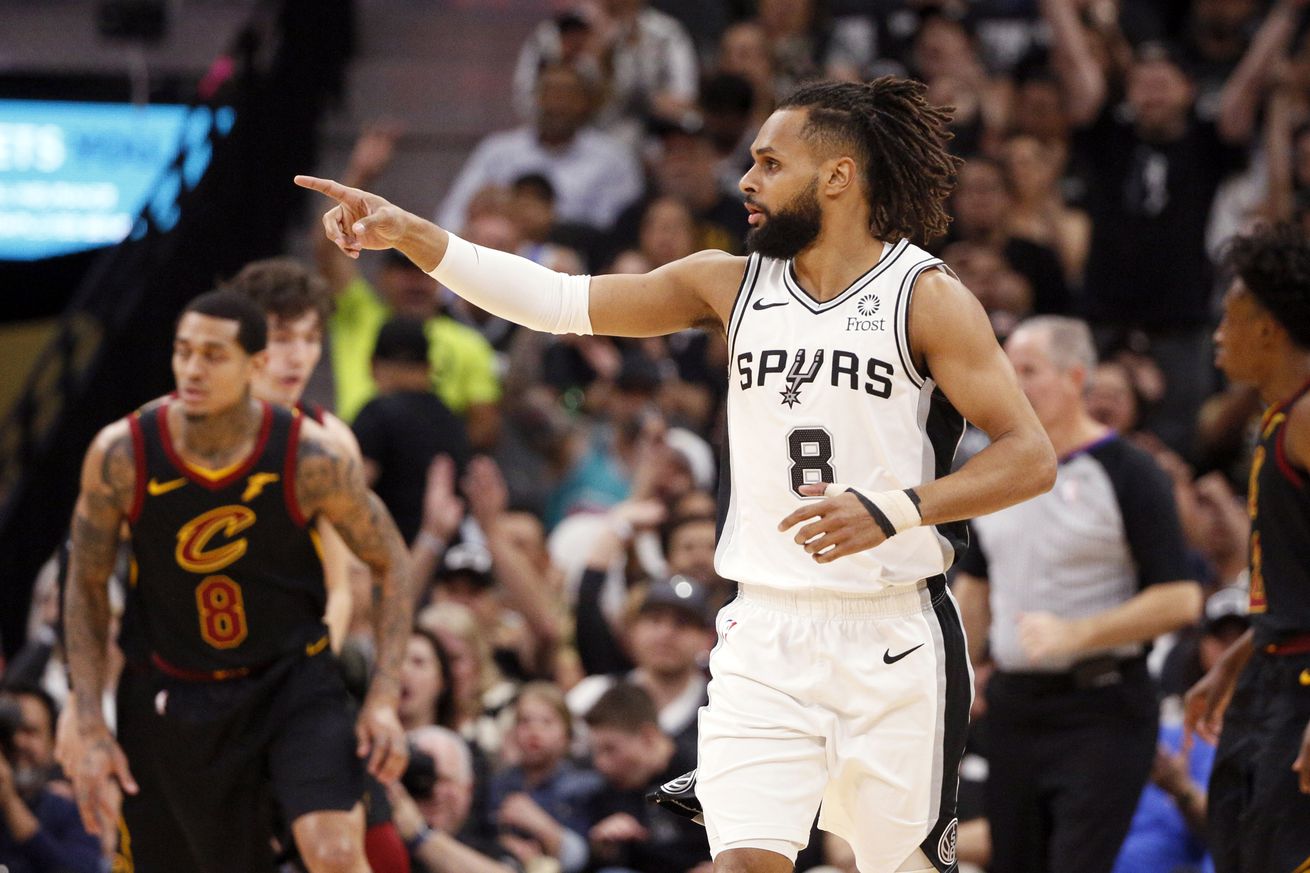 Death. Taxes. Spurs in the playoffs.

It’s been a week since the last installment of Spurs Watch, and the playoff picture at the bottom half of the West bracket is just as jumbled as it was. The Houston Rockets beat the Sacramento Kings on Saturday, which knocked the Kings out of playoff contention. The Spurs are now officially in the NBA playoffs for a 22nd consecutive season.

Spurs will be in the playoffs for a 22nd consecutive year.
Water is wet.
Grass is green.
Whataburger is dope.
Tim Duncan > Kobe

The Spurs are now tied with the Syracuse Nationals/Philadelphia 76ers franchise, which made the playoffs each season from 1950-1971. What’s even more impressive about what the Spurs have accomplished is that the 76ers achieved this feat back in the 50s and 60s, where there were between 8-10 teams and roughly 75-80% of the teams made the playoffs.

There’s always some level of fortune that must be achieved on the path to success, and the Spurs are no different. Their fortunate came at the hands of the 1997 NBA draft, where they won the lottery and were able to draft Tim Duncan.

Coach Pop is always quick to point out that he owes all of his success to Duncan, and there is some level of truth to Pop’s statement. Duncan’s unselfishness and willingness to learn, teach, and treat everybody as equals helped the Spurs build a winning culture in a way the NBA had yet to see. Pop was able to be tough on all his players because Duncan allowed Pop to be tough on him. As Pop likes to say, Duncan had gotten over himself.

Just like every other superstar the NBA has seen, Duncan wanted to win, but he wanted to do so through building team chemistry. This type of chemistry can only be achieved when everybody on the roster has mutual respect for each other. How can you not have great chemistry when your superstar player cares about every person on the roster? Most of us probably remember Tim Duncan comforting Jeff Ayres after a tough stretch in garbage time of a regular season game, but that is just one example of an entire career built around the respect for others.

Look at the love Pop, Duncan, Manu Ginobili and Tony Parker showed during Manu’s retirement ceremony. These guys were not just co-workers, they were family. They are family. They learned long ago that there is so much more to life than basketball. Having those types of relationships off the court only helped strengthen their relationship on the court. Duncan may not end up going down as the best basketball player in NBA history, but it’s hard to argue against him being the best teammate.

While there has certainly been more drama surrounding the Spurs since Duncan’s retirement, the Spurs have managed to defy the odds by continuing to make the playoffs in the ultra-tough Western Conference. None of the big three remain, yet the Spurs continue winning. Are the Spurs perennial championship contenders? Perhaps not, but they are still competitive. The Spurs don’t have the talent they once had, but Coach Pop does a great job of coaching up his players and putting them in a position to best utilize their individual skillsets. There’s a reason so many players have had trouble finding the success on other teams that they had while in a Spurs’ uniform.

The Spurs have a good mixture of seasoned vets and young up-and-comers. They also have two first round draft picks in the upcoming NBA draft, and we’ve all seen the way PATFO have been able to find strong rotational pieces late in the first round of drafts. Health permitting, the Spurs should be able to continue their streak of making the playoffs for the foreseeable future.

A Rockets’ win and a Portland Trail Blazers’ loss on Saturday allowed the Rockets to overtake the Blazers for third in the Western Conference. The Blazers own the tiebreaker over the Rockets if it were to come to that, but with the Blazers losing Jusuf Nurkić for the remainder of the season, it’ll be hard for them to keep pace.

On paper the Spurs have a favorable schedule, as they only have one more game against a playoff team. Unfortunately, a narrow victory at home against the Cleveland Cavaliers on Thursday only furthered the uneasiness I feel before every game. The Spurs have shown that they can beat, or lose to, any team in the NBA on any given night, so predicting how they will close out the season is difficult.

If the playoffs started today the Spurs would play the Denver Nuggets. Despite the fact that a 7th seed has only defeated a 2nd seed five times in NBA history, I would like the Spurs’ chances in a seven-game series. The Nuggets are not a typical two seed and the Spurs are not a typical seven seed. The Spurs have a lot more playoff experience and played the Nuggets very well in the regular season. No matter who comes out on top, I believe it would be a long, tough series.

With how close the 5-8 seeds are in the West, the Spurs are far from guaranteed to finish 7th come season’s end. The Nuggets are also not guaranteed to finish 2nd. The Nuggets have five games against playoff teams to close out the season, so it’s not outside the realm of possibility that the Houston Rockets catch the Nuggets for second in the West. The Rockets do hold the tiebreaker, so anything is possible.

All five Western Conference playoff teams playing on Sunday are at home. Depending on the results of the Spurs and Thunder games, the Spurs can either finish Sunday in 7th or 8th place. The Spurs can also tie the Clippers in the loss column with a Spurs win and a Clippers loss. The first seed will also be up for grabs on Sunday, as both the Nuggets and Warriors play.