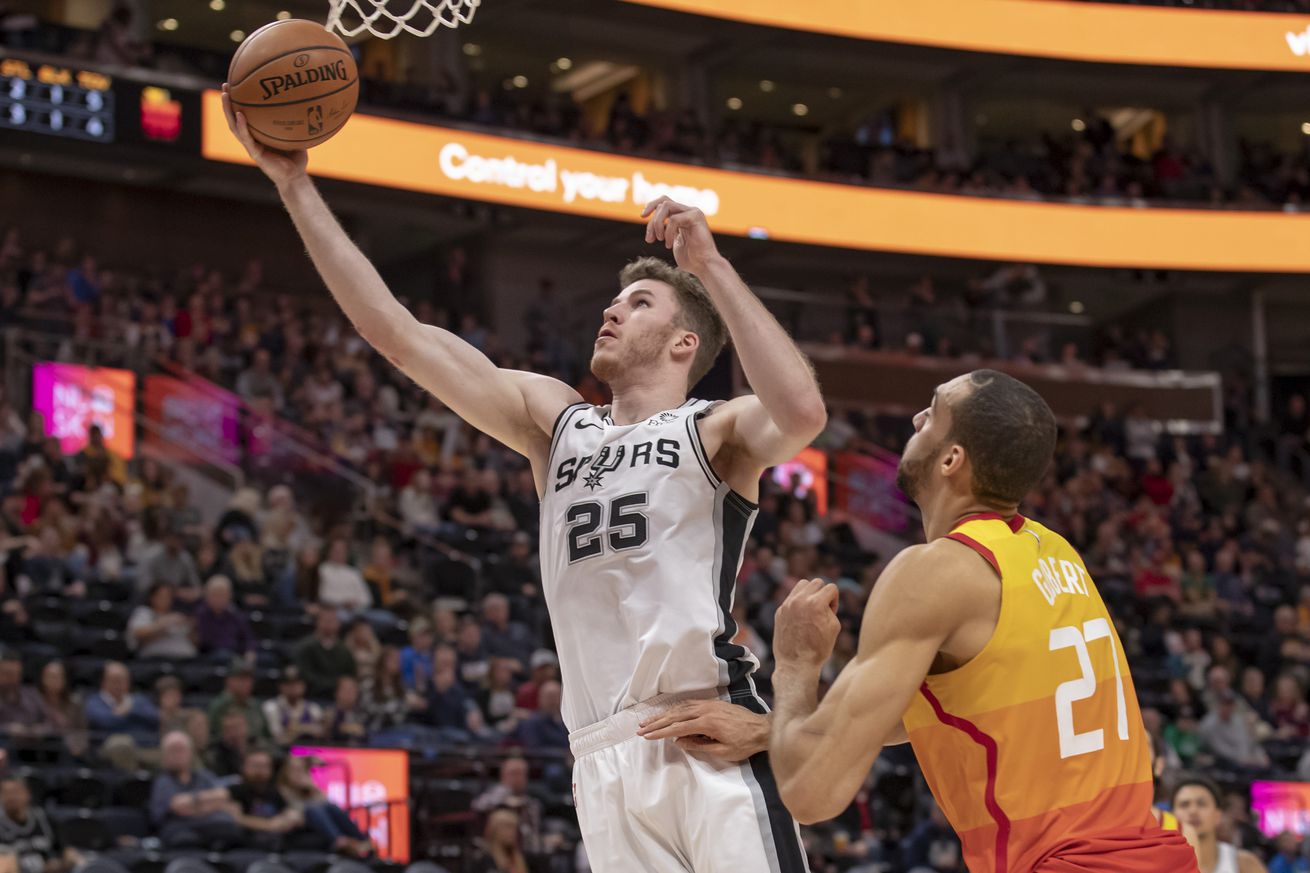 Even though the San Antonio Spurs did not play on Thursday, their playoff seeding was still impacted by other games throughout the NBA. The Utah Jazz took care of business at home, which improved their record to 39-29, equalling that of the Spurs. Due to owning the tiebreaker against the Spurs, the Jazz moved to 6th in the West, temporarily pushing the Spurs back down to 7th.

The biggest movement of the night came from the Oklahoma City Thunder. After being down by as much as 19 points midway through the 3rd quarter – and 11 points midway through the 4th – the Indiana Pacers rallied back to defeat the Thunder on a last second tip in from Wesley Matthews. The collapse by the Thunder dropped them from 3rd to 5th in the West.

Similar to their game against the Phoenix Suns on Wednesday, the Utah Jazz used a strong 4th quarter to turn a small lead into a comfortable win against the Minnesota Timberwolves. This win gave the Jazz an identical record to the Spurs, but they own the tiebreaker due to their head-to-head record. This will be something to keep an eye on as the season comes to an end.

The Denver Nuggets were down by double digits in the 4th quarter at home against the Dallas Mavericks. It took Nikola Jokic’s first career game-winning buzzer-beater to squeak out a one point victory. I really believe this Nuggets team is vulnerable in the playoffs. They have a really deep team, but I feel comfortable in saying the Spurs would have two of the three best players on the court in a series against the Nuggets. The Nuggets are certainly tough at home, but I would like our chances.

The final few weeks of the regular season is going to be a blood-bath. It’s hard to see the Portland Trail Blazers or Thunder holding off the Houston Rockets for 3rd in the West. I can see the Rockets making a push for 2nd, but the Nuggets have a four game advantage in the loss column and there are only 15 games left in the season. The Nuggets and Rockets play once more at the end of the month. If the Rockets win, they will own the tiebreaker against the Nuggets. If the Nuggets win, they will likely own the tiebreaker.

As for the Spurs, I like their position. Both the Los Angeles Lakers and Sacramento Kings lost on Thursday, so a playoff birth is almost all but secured at this point. I see the Jazz finishing the season strong, mainly due to their weak remaining schedule. The Spurs are only three games out of 3rd place, but they will have to leapfrog a bunch of teams to get there. If they do, that would be great. I’d just hate to see them fall short and end up in 5th place.

The Toronto Raptors easily defeated the Los Angeles Lakers last night, moving them to 2.5 games behind the Milwaukee Bucks for the best record in the NBA. The Nuggets also won, allowing them to keep pace with the Raptors. It’s looking more and more like the Raptors’ draft pick is going to end up at 29th, which will then go to the Spurs as part of the DeMar DeRozan and Jacob Poeltl trade. The 29th draft pick has been kind to the Spurs in recent years, as they have drafted Cory Joseph, Dejounte Murray, and Derrick White at that position.

In what may very well end up being a preview of the playoffs, the Bucks will be on the road to face the Heat. Hopefully the Bucks will come out on top. It will create more separation between them and the Raptors, and will also push the Heat closer to the Charlotte Hornets for the final playoff spot. I would love to see both Tony Parker and James Borrego make the playoffs this season.

All four playoff-bound Western Conference teams are playing teams that are out of the playoff race in their respective conferences. It’ll be interesting to see if any of those teams outside the playoff race play the role of spoiler on Friday. After losing to the Knicks earlier in the season, the Spurs need to play with the appropriate amount of fear. I’m not looking for a barn burner. The Spurs can finish the night anywhere between 6th and 8th in the West. Every game is immensely important right now.