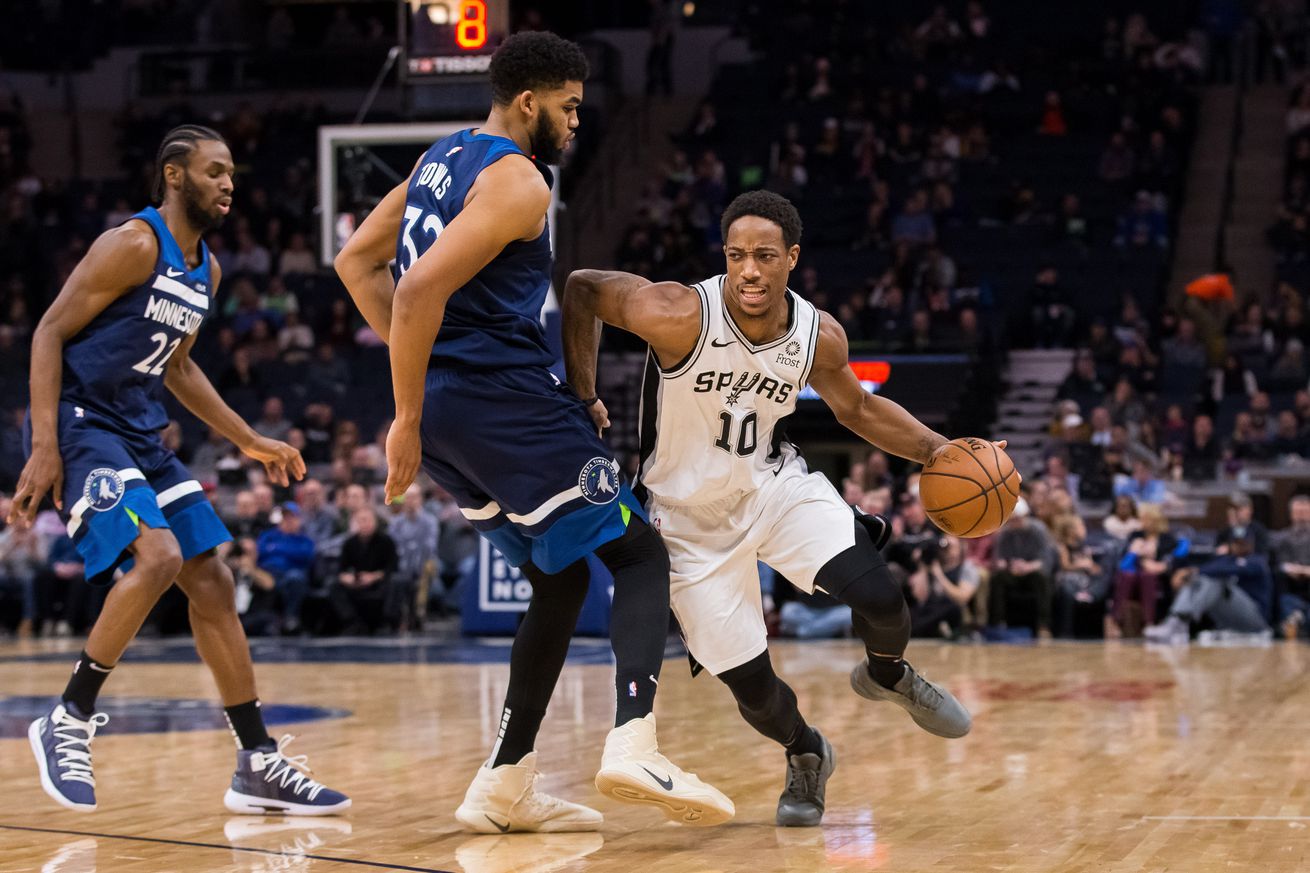 Welcome to the game thread. The Spurs are on a hot streak, winning 6 of the last 7, with the only loss caused by a second half collapse against the lowly Bulls. Tonight will be the third meeting between the Spurs and Wolves this season, after the Spurs won by four on opening day and got routed by them on 128-89 November 28. The Spurs have mostly looked better since that blowout loss, so hopefully they can contain Robert Covington and Karl Anthony-Towns tonight, and get LaMarcus Aldridge and DeMar DeRozan their points. Look for Jakob Poeltl to play a lot tonight and it might be a good night for the big Austrian to stuff the stat sheet. Go Spurs GO!