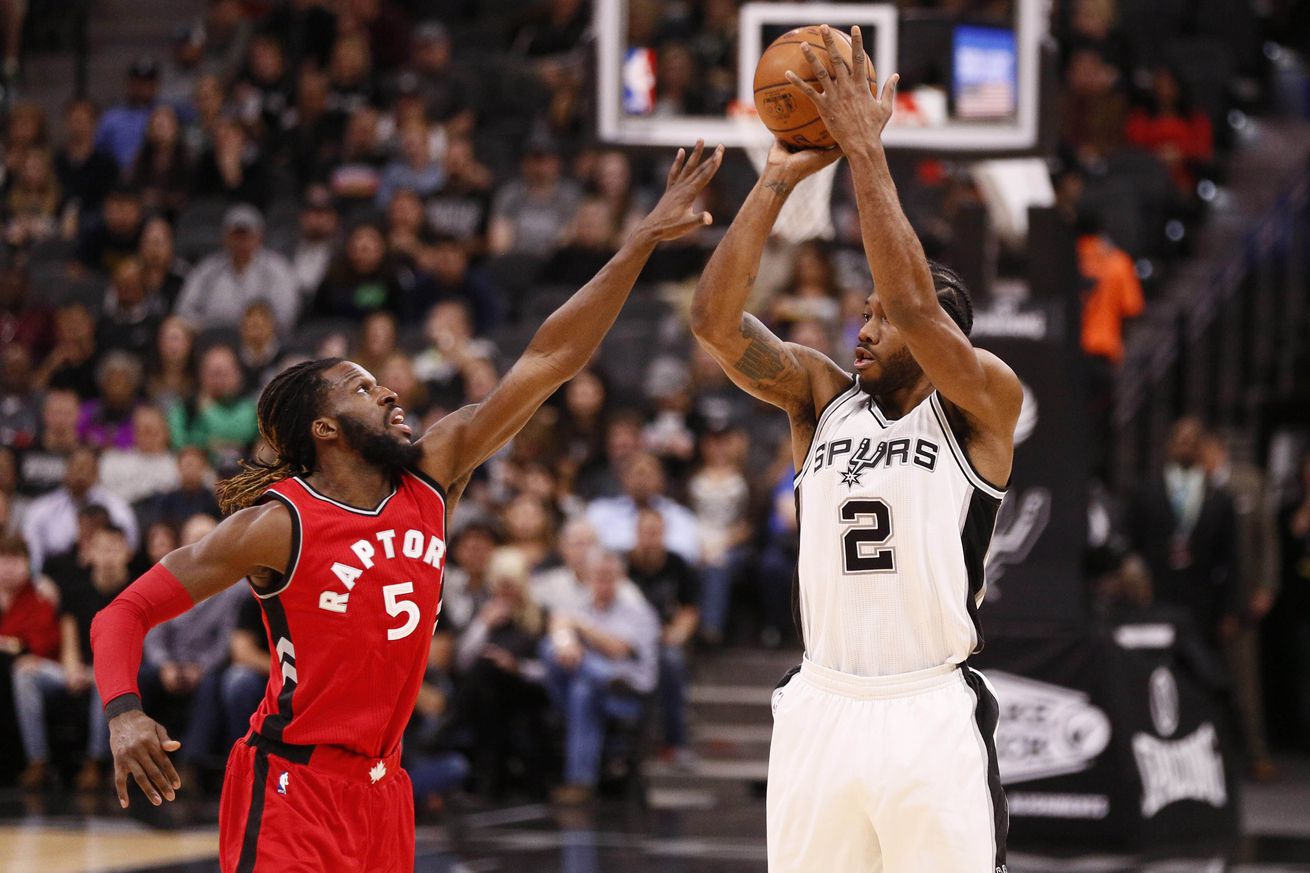 The Klaw is reportedly now a Toronto Raptor.

It appears Kawhi Leonard is getting his wish. Sort of.

Per ESPN’s Adrian Wojnarowski, the San Antonio Spurs and Toronto Raptors have agreed to terms on a deal that would send the reportedly disgruntled superstar to the Great White North in exchange for DeMar DeRozan. The Spurs are also sending away Danny Green and will receive big man Jakob Poeltl and a protected 2019 first-round pick in return, also per Woj:

The news comes after a 2017-18 season mired in rumors surrounding Leonard’s discontent with the organization, uncertainty around his rehabilitation and potential return to the court, a March players’ only meeting, and leaked desires to become a Los Angeles Laker. In total Leonard appeared in just nine games, averaging 16.2 points and 4.7 rebounds before being declared out indefinitely.

The deal will still be pending medicals with Toronto which, given the lack of understanding with his right leg, isn’t necessarily a given. Barring any surprises there, however, it seems like the Kawhi Leonard era is now over in San Antonio.