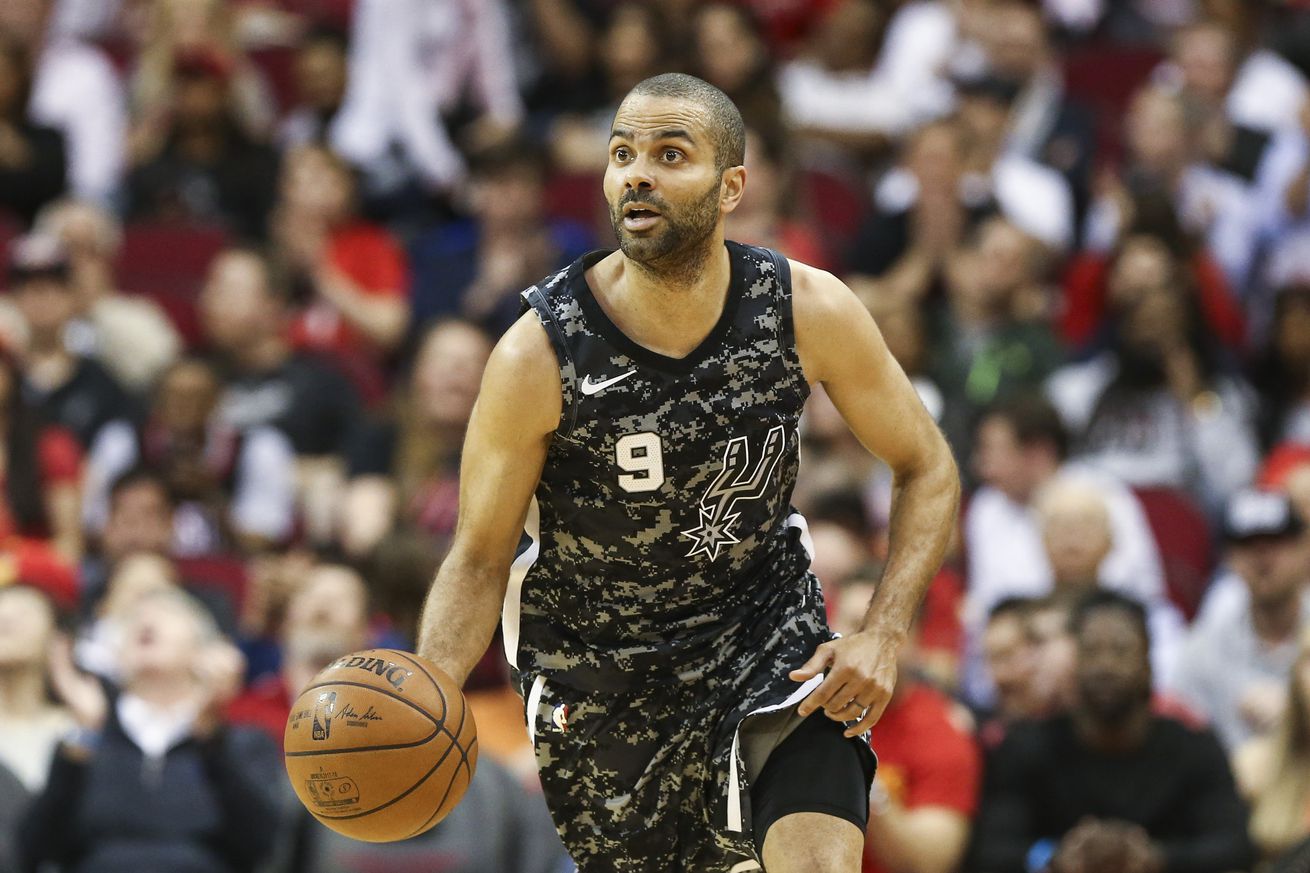 Bid on Tony Parker memorabilia from now until Friday

On Monday, November 11th, Tony Parker becomes the 10th player for the San Antonio Spurs to have his number retired. Throughout his seventeen season with the Silver & Black, Parker helped earn four NBA titles, being garnered Finals MVP in 2007.

His official jersey retirement coincides with Veteran’s Day, and seeing how this is Military City, U.S.A., the Spurs have found a way to tie in both.

Per the official Spurs press release:

Spurs fans will have the chance to bid for a good cause in honor of Tony Parker’s jersey retirement on Monday, Nov. 11 when the San Antonio Spurs and Silver & Black Give Back (SBGB) host a Tony Parker auction starting on Monday, Nov. 11 at 10 a.m. and closing on Friday, Nov. 15 at 10 p.m. CT. The auction will offer fans the once-in-a-lifetime opportunity to take a piece of Parker’s legacy home with them. Proceeds from the auction will benefit military service members and veterans through WISH for OUR HEROES and San Antonio’s youth through Silver & Black Give Back.

These Tony Parker keepsakes include a signed 2003 NBA Championship jersey, a Parker-signed game photo, a signed French National Team jersey, an autographed Marco Belinelli and Parker 2014 NBA All-Star Game basketball, and a pair of TP9-1 shoes. These are just a few of the items available. To view the complete list, visit this site.

Bids can be placed on-line at the site or by texting “tonyparker” to 52182 or online. Bid updates will be sent via text message and will also be available online.

At tonight’s celebration, the items will be on display at the AT&T Center at Section 105.

All of the funds support worthy causes, so be part of Tony Parker’s storied career and grab your favorite piece of memorabilia before it’s too late.