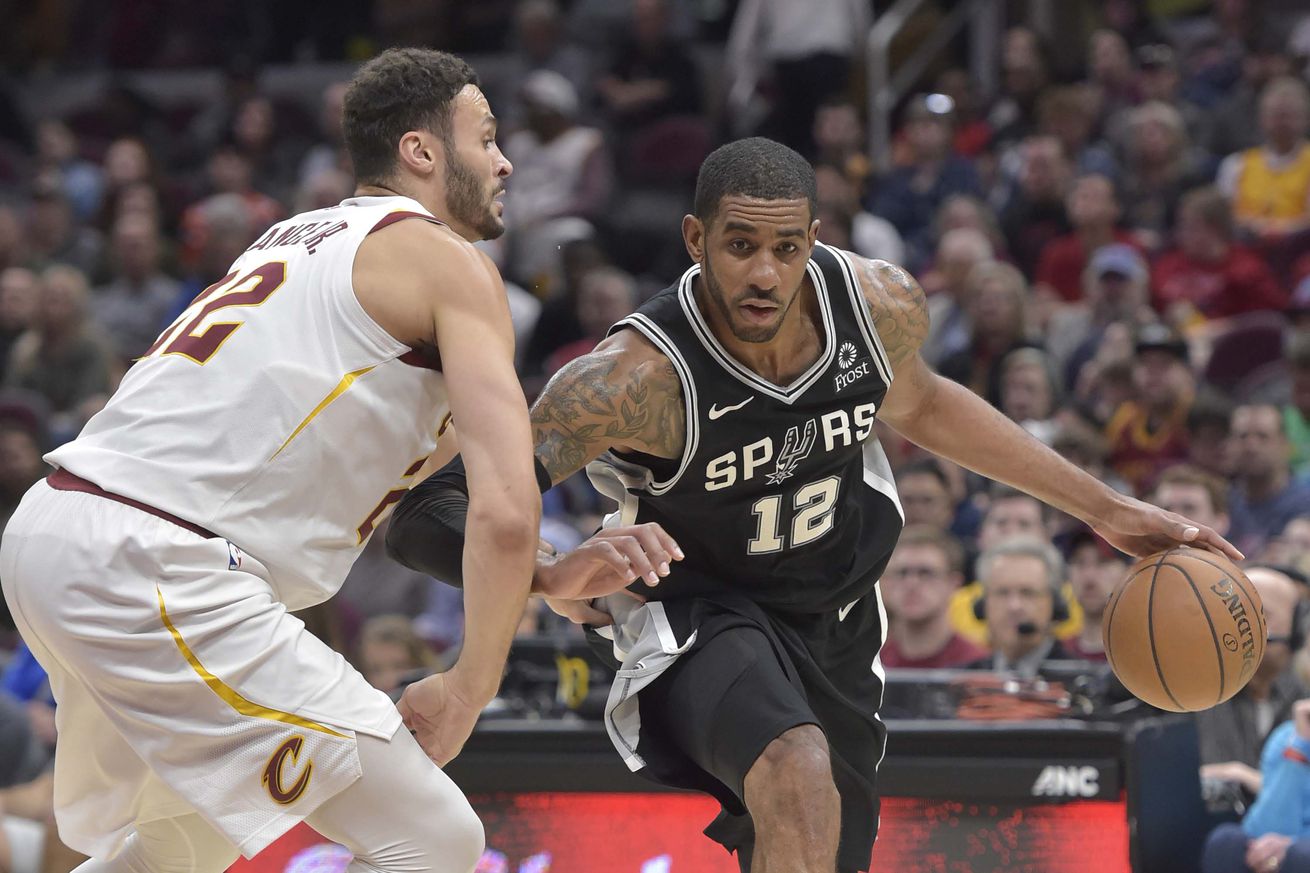 The Spurs beat Cleveland on their last road game of the season and can still dream of moving up in the standings.

The Spurs needed to beat the Cavaliers on the road to put pressure on the Thunder and the Clippers in their fight for seeding. They did just that in decisive fashion in their last away game of the season, blowing out the home team 112-90 in a drama-free matchup.

The Spurs were largely in control for much of the game. After a slow start they would claim the lead with 1:19 to go in the first quarter and never relinquish it again. Surprisingly they did it by doing something they struggled to do on the road against bad teams all season: making the simple plays and taking what the defense was giving them. Instead of setting up from the post, the perimeter playmakers simply drove, drew an extra defender and made the extra pass. Jakob Poeltl and LaMarcus Aldridge were often left open in the paint and finished well. When the Cavs started staying on them and sending an extra weak side defender to help after picks, the ball found its way to the shooters. The Spurs had 16 first-half assists and shot 53 percent from the field. It took them a while to finally put together enough stops to create separation, but they closed the second quarter well and never looked back.

To their credit, the Cavaliers, who had absolutely nothing to play for, tried to adjust after the break. They had their guards go under screens and the bigs drop down even further on the pick and roll to deter penetration. It worked for a few possessions until San Antonio started to figure it out, with Derrick White in particular doing some damage by walking into open mid-range jumpers. Unfortunately untimely turnovers prevented the Silver and Black from fully running away with this one until the fourth period, in which an early 13-0 run sealed the win. The cleanup crew didn’t get to check in until there were 5:32 to go, but Pop managed to limit DeMar DeRozan to just 32 minutes and LaMarcus Aldrdige to just under 30. Considering the Spurs will have two days off, they should be fresh and ready for the last game of the season.

There’s really not a lot to takeaway from these late-season games against opponents that are not playing for anything, but the Spurs do have to be happy with the way they played their last two road games. Their performances were surely aided by the Wizards and the Cavaliers only really exerting energy for a few minutes, but after the struggles to win similarly easy away games — at least in theory — early in the year, San Antonio will gladly take the blowout victories. Now they need to beat the Mavs and hope one or both of the Clippers and Thunder lose at least one game to have a chance to climb up the standings.

Up next: Vs. Dallas on Wednesday

The Spurs will close the season at home against the Mavs on what could be Dirk Nowitzki’s final NBA game. They might need to win in order to climb up the standings. Should be fun.