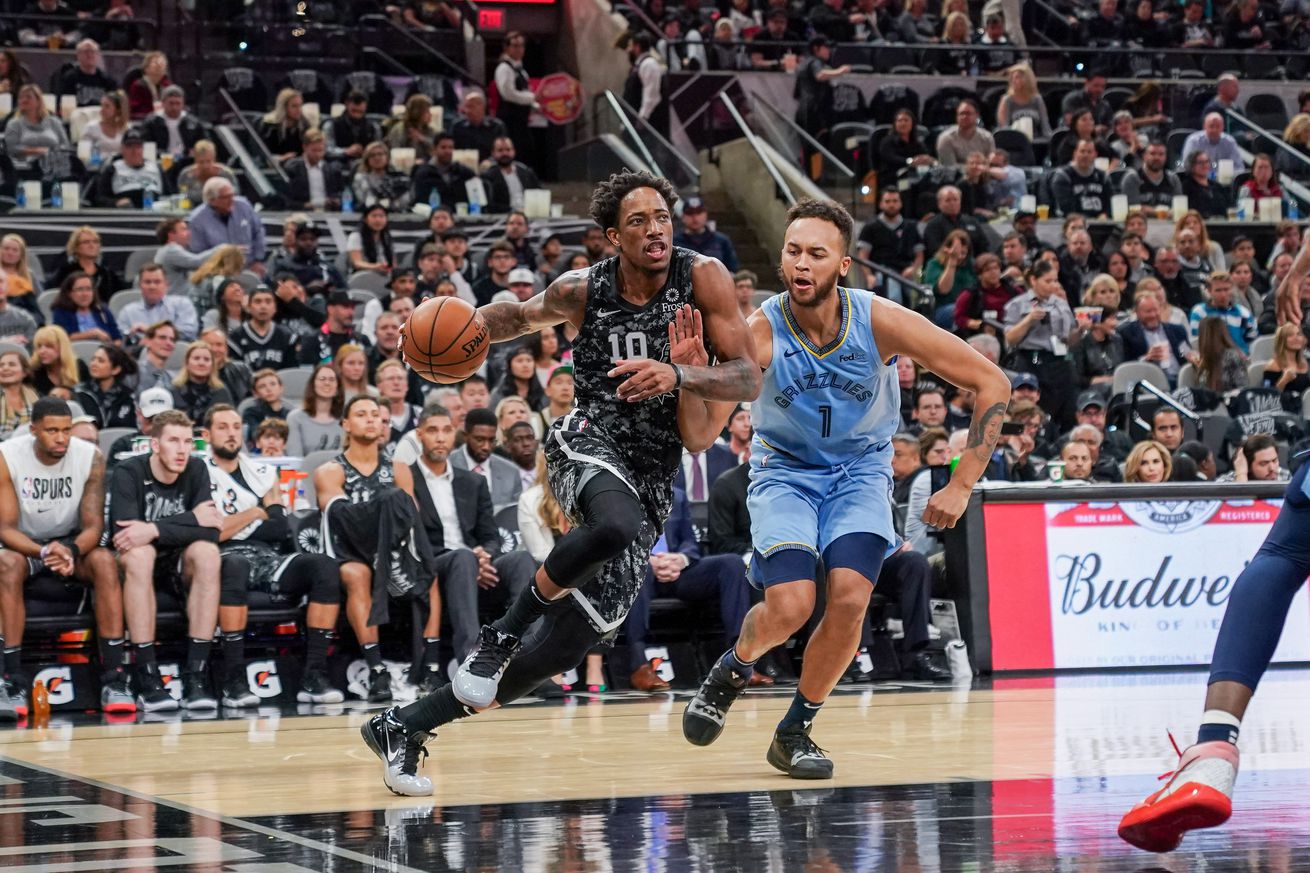 After a tough loss to the Celtics on Saturday, the Spurs had a perfect opportunity to bounce back against a weak Memphis team in San Antonio before Tony Parker’s jersey retirement ceremony. They instead had another thoroughly disappointing performance and lost to the Grizzlies 113-109.

Once again, a slow start got the Spurs in a double-digit hole they spent a lot of energy trying to get themselves out of. The execution on offense was either too mechanical or too hectic, with players either having to work too hard to get shots that should be easy to manufacture, or rushing into bad ones. On the other end the small mistakes San Antonio typically makes were not as noticeable as in other losses, but the team lacked the versatility necessary to contain a Grizzlies squad that had significant size advantages and muscled its way into the paint over and over throughout the night. When the Spurs tried to respond with physicality, they couldn’t help but foul. When they tried to drop back to protect the basket, they surrendered open looks from range. Memphis was ahead by as many as 16 both in the first and second halves and deserved those leads.

There were good stretches in which the Spurs closed the gap, usually spearheaded by the bench. Derrick White looked like a better fit than Dejounte Murray with the starters and in the minutes in which he was on the court alongside Patty Mills San Antonio looked like a more cohesive team. Rudy Gay had it going offensively and provided a much needed scoring punch on a night in which others struggled. The Spurs made their runs, normally propelled by the long ball falling, and came surprisingly close to stealing a game they should have had no business winning. The Grizzlies deserve an enormous amount of credit for not folding under pressure in the fourth quarter, but had a couple of questionable calls gone the other way San Antonio might have actually completed the comeback.

Unfortunately it might be time to accept that these Spurs are not like past iterations and are actually more of a work in progress than we hoped they’d be. The pieces are there for them to be good, but figuring out how they fit has proved harder than expected.

Hopefully losses like this one, as painful as they are, help the Spurs speed up the process of finding their identity, because with every passing game the margin of error shrinks.

DeRozan thought he got fouled on his late drive that Valanciunas blocked: “I seen him jump to my right, so I drove left. I thought I got hip checked, body checked, whatever. I thought it was a foul, guess not. That would have been a big shift for us.” #Spurs

Next game: @Timberwolves on Wednesday

The Wolves are one game ahead of the Spurs in the West standings after a hot start. It’s early in the season, but a win against them would be big.