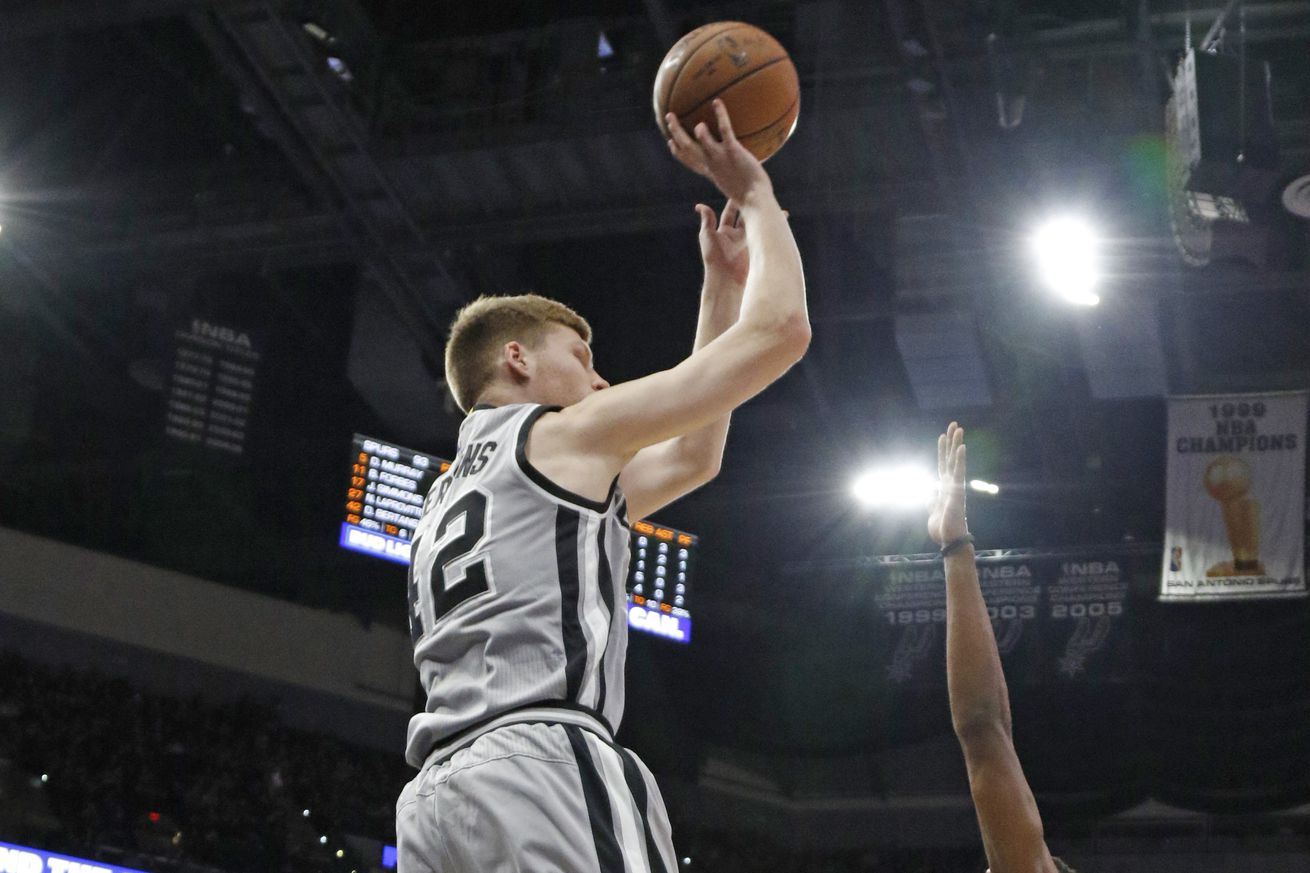 It was a night of rookies, win or lose, and Davis Bertans played a big role in the win.

Before the game began, Coach Pop had decided to play the rookies. Not just in game-out-of-reach time but real minutes for the whole game. So here’s a look at some of the plays Davis Bertans was a part of and the contributions he made.

#1 As we key in on Davis in this play, he starts from under the basket and slides to the corner where he receives a pass from Manu. As Davis moves left, Dewayne Dedmon takes off for the basket causing a defensive hesitation allowing Davis room for a step back three pointer.

#2 Here Bertans curls and pops a mid range. The possession is quick and lethal exhibiting a deft touch of shot distance control.

#3 This is a defensive play against Cory Joseph which deserves attention. As Davis picks up Cory, keep a close watch at Davis’ feet and his body control during the whole play. For a big, that seems remarkable.

#4 Here Davis steals the pass and drives up the court and passes to Murray for the lay up.

#5 As Bertans drives to the basket for a dunk, its easy for me to think of somebody else on another team that looks like Davis.

#6 This play starts at top of the key with a weave where we see Davis’ passing ability as he hits Dejounte Murray with a perfectly timed pass on the roll using his left hand.

Although he only played fifteen minutes, Davis Bertans scored twelve points including two of four from the three point line. He had no turnovers or personal fouls and went two for two himself from the foul line. Overall, Davis continues to improve showing more and more the abilities he has in his arsenal. He is so much more than…just a three point shooter.