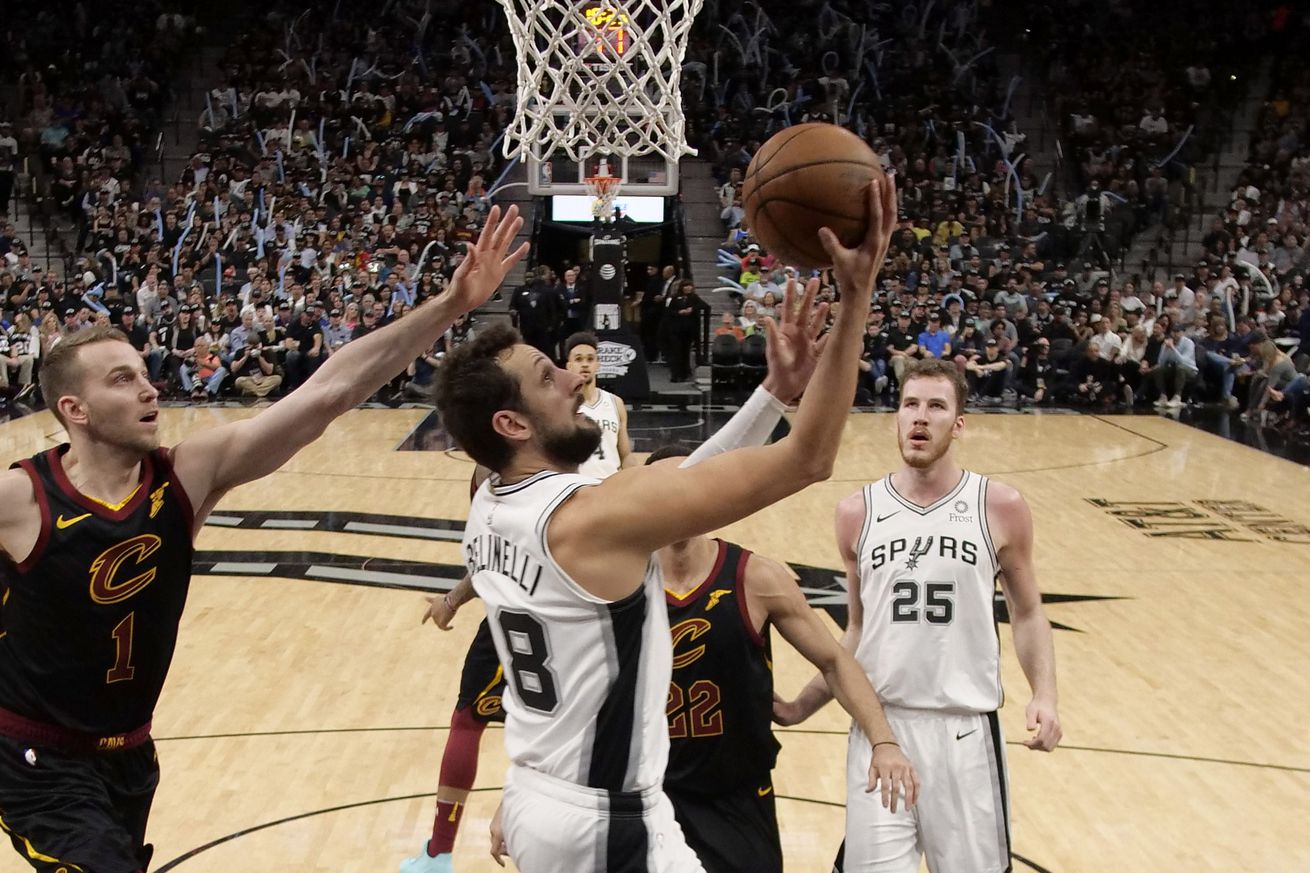 Nostalgia week was supposed to start with a game against Tony Parker and the Charlotte Hornets, but the Oui Frenchman didn’t play and the Spurs played well enough to get to overtime, but couldn’t shut down Kemba Walker. However, the week got better (or worse if you were overly emotional like I was) when the Spurs beat their old nemesis (minus several superstars) the Cleveland Cavaliers on Manu Ginobili Appreciation Night (I wasn’t crying, I had something in my eye). After two days rest and clinching the playoffs without even playing, the guys in silver and black just couldn’t figure out a way to beat the young Sacramento Kings.

Week 24 – Clinching but still having work to do: Tony Parker didn’t even suit up in the loss versus Charlotte. He did somehow get permission to get a ride on the Spurs plane back to San Antonio for a party. On a night that celebrated one of the most competitive Spurs ever, the good guys worked hard to pull out a win, albeit it was supposed to be an easy night. The first half wasn’t pretty, but then in the 2nd half Patty Mills and Marco Belinelli channeled their inner Manu or had buckets of Grandpa Juice in the locker room. Maybe they should have kept some for Sunday’s game against the Sacramento Kings. The game went back and forth, but every time it looked like the Spurs grabbed control, the Kings’ young guns had us backpedaling. In the end, it just wasn’t enough.

So much for rolling into the playoffs with momentum and maybe even home court in the first round. The Spurs were only 1½ games out of the West’s No. 4 seed after reeling off nine wins in a row, but San Antonio has lost four of six games since then, putting the team in serious jeopardy of drawing the Warriors in the first round.

The Derrick White magic has worn off a bit in San Antonio. From early December until two weeks ago, the Spurs were 28-10 in games that White started. But the second-year guard has shot 26 percent (including 2-for-15 from 3-point range) as they’ve lost four of their last six games. Of course, the larger issue is the defense that has allowed 114.5 points per 100 possessions in the four losses and is back in the bottom 10 for the season. The playoff streak lives on, but this season will end a streak of 21 straight seasons in which the Spurs have had a better-than-average defense (they ranked in the top five in 18 of those 21 seasons). Their last game against a fellow playoff team is a potential playoff preview in Denver on Wednesday, with the the first three meetings having all been within five points in the last five minutes (and won by the home team).

Will update when SI.com publishes.

Hard to express just how impressed I’ve been with the Spurs’ overachievement this season. I counted them out in December when they were 11-14 and with one of the NBA’s worst defenses. Really smart of me, to count out a Gregg Popovich team halfway through the season. Winning a first-round playoff series could come down to minimizing DeMar DeRozan’s defensive shortcomings. The Spurs are nearly four points per 100 possessions better when DeRozan is off the floor. That’s not what you want from your star.

We’ve read what the pundits have to say. What do you think, Pounders? Are the Spurs a disappointment this season or have they met or exceeded your expectations? Let us know in the comments.