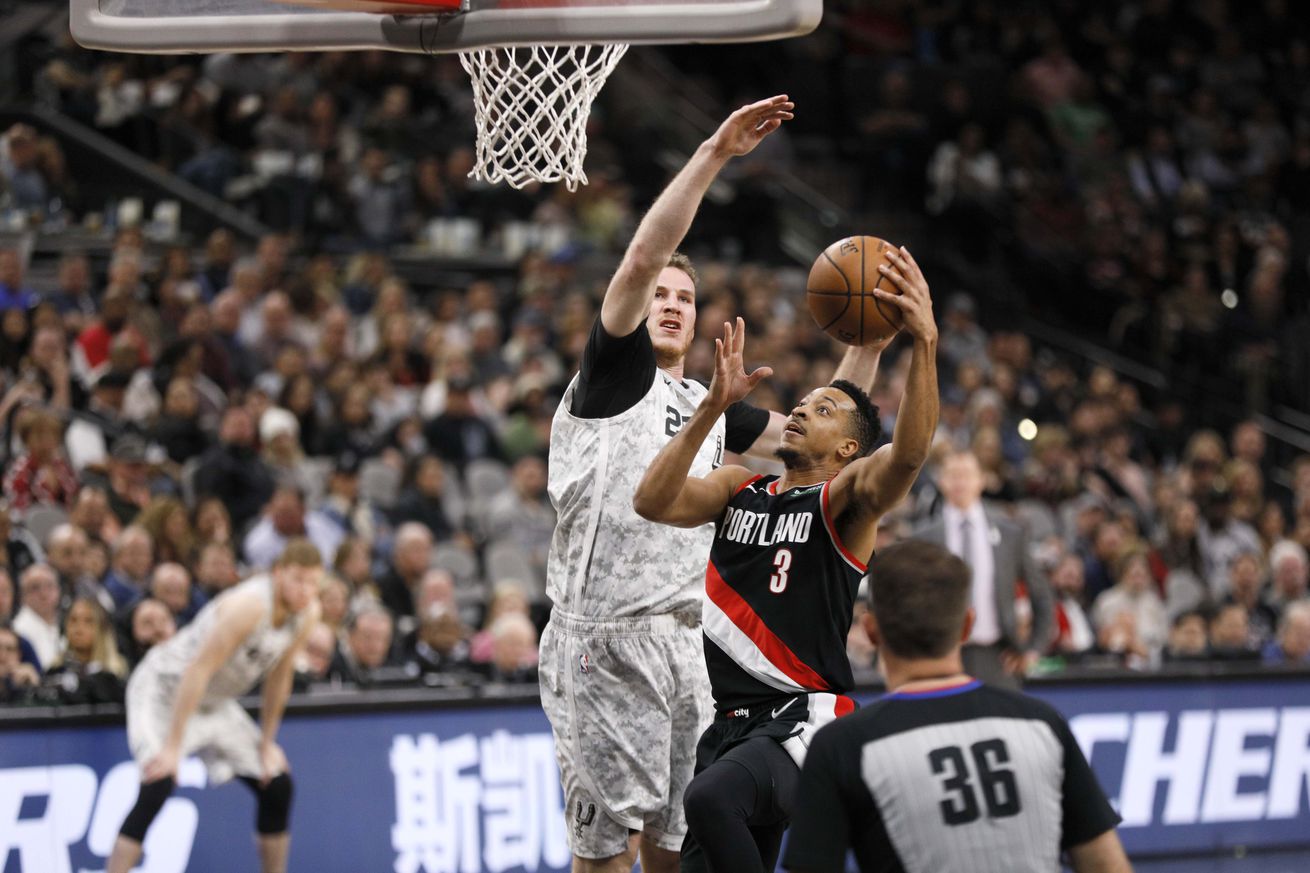 The Spurs are finding their defensive form at the right time.

The Spurs have an 8 game win streak (including 10 in a row at home) going into this new week. During this run, the Spurs are ranking #1 in defense, and it couldn’t happen at a better time. As talk continues regarding the possibility of Derrick White getting an All-Defense nod, another Spur has entered the defensive ring: Jakob Poeltl, who has tallied 10 blocks in two games, joining three other Spurs in the history books. A hard fought win against our I-35 rivals the Dallas Mavericks and a revenge win against the New York Knicks helped the guys in silver and black prepare for the harder test — the #4 Portland Trail Blazers. White and Poeltl shined in the win, with the former defending Damian Lillard and the latter blocking just about everyone else.

Week 22 – All the work finally paying off: Playing the Mavs is always a tough outing and Tuesday’s battle was no different. While the offense was clicking, it was the defense that won the game. The loss to the Knicks during the Rodeo Road Trip (from hell) ended their 18 consecutive home losses streak. The Spurs were sporting an 8 game home win record and weren’t going to lose it to the Knicks. While White and Poeltl have been breaking records on this win streak, during the Knicks game, Bryn Forbes hit his 141st three pointer to make some history of his own. According to several articles this week, LaMarcus Aldridge was quoted as saying that he wouldn’t mind finishing his career in Portland. So when the Trail Blazers came to town, Spurs fans were watching closely. LMA didn’t have his best game, but the Spurs team and individual defense dazzled in the win.

The two players the Spurs received in the Kawhi Leonard deal have been driving forces during the NBA’s longest active win streak. DeMar DeRozan’s contributions during the eight-game run are obvious from scanning box scores, as he is averaging 21.0 points on 52.4 percent shooting, 6.0 rebounds and 6.4 assists. Jakob Poeltl has been a dominant defensive force, as the Spurs have allowed only 92.4 points per 100 possessions with the big man on the floor during the streak, in which he has blocked 2.4 shots in 26.5 minutes per game.

San Antonio — The Spurs are a league-best 5-1 since the All-Star break against the 14 teams that currently have winning records, having beat the Pistons, Thunder, Nuggets, Bucks and Blazers over their eight-game winning streak. They put the streak on the line when they host the Warriors (who have also beat some good teams in the last 10 days) on Monday. They’ll then host the Heat (who have won five of seven) on Wednesday, before visiting the Rockets and Celtics on Friday and Sunday. If they can survive this week, they have a chance at a top-four seed in the West.

When they returned from the rodeo trip, the Spurs were tied in the loss column with the ninth-place Kings. Since then, they’ve won eight straight games, and their win over the Blazers on Saturday has them within two games in the loss column of a top-four seed. Home-court advantage would be meaningful, given that they’re 1-9 on the road against the West’s seven other playoff teams, with only two more opportunities (one of them in Houston on Friday) to improve on that mark. The bigger difference (almost 20 points per 100 possessions) between the rodeo trip and the winning streak has been on defense, with the Spurs having allowed their opponents to shoot a league-low 54 percent in the restricted area over the last eight games, down from 67 percent over the previous eight. Their improve defense will be tested against the league’s top two offenses (those of the Warriors and Rockets) this week.

The playoffs are near

Popovich has his squad hot

At the perfect time

The Spurs are riding an eight-game winning streak that includes five wins over playoff teams.

For DeMar DeRozan and the San Antonio Spurs, the question is almost existential: Who is this team, anyway? They’re total opposites whether at home or on the road. They’re an awful defensive team headed by one of the greatest defensive coaches of all time.

The Spurs are one of the hottest teams in the NBA — eight wins in a row after going 1-7 on the Rodeo Road Trip. The Big Question: Who are these Spurs, anyway? And can they show any competence on the road? Only the Dallas Mavericks have a larger difference in home-road winning percentage than the Spurs. They have won 80 percent of their home games, and only 37 percent of their road games.

Are we even listening to the pundits anymore? How do you feel about the Spurs this week, Pounders? Let us know in the comments.