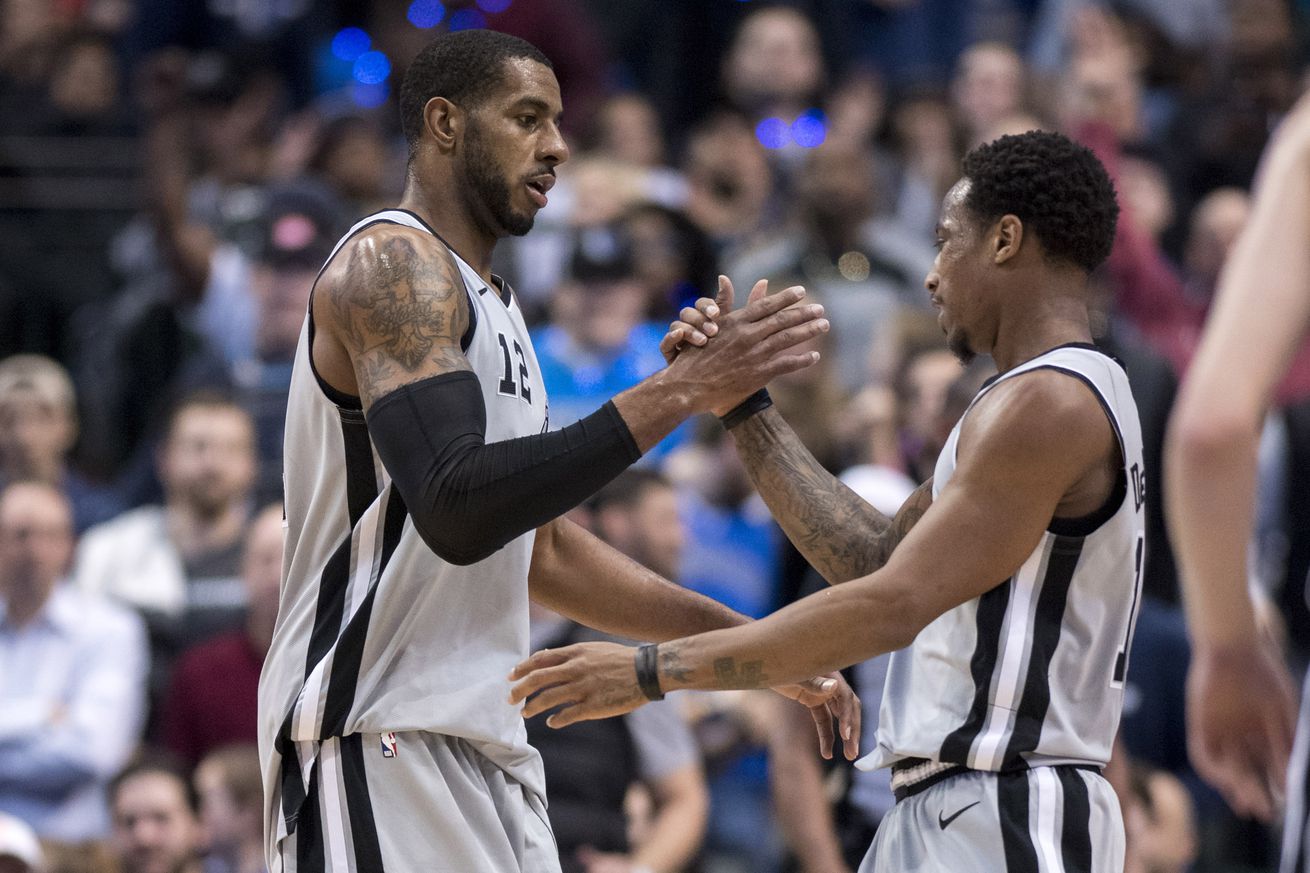 A loss to a former Spur and a win against an aging GOAT made for an emotional week.

The Spurs had an emotional week (although not the same emotions as the return of another former Spur who’s name I won’t mention). Tony Parker and his new team, the Charlotte Hornets, came into town and received a great welcome, and then wore it out by beating the guys in Silver and Black. The Spurs then started a two game road trip in Dallas to face our rival GOAT Dirk Nowitzki and the Mavericks. While lately Luka Doncic has been receiving all the love, I personally feel we should be extending most of that love on Dirk in what is probably the last season of a legendary foe. Then the Spurs traveled to a bitter cold Minnesota to face an embarrassed Timberwolves team and added to their angst. The Spurs ended the week losing our final game of the regular season series with the Los Angeles Clippers.

Week 14 – Homecomings and Roadies: The Spurs welcomed back Tony Parker on Monday with a touching video tribute and some rowdy cheers, but then the Oui Frenchman used some of his old tricks while his new teammate Kemba Walker got hot and the Hornets took the W. The Spurs traveled to Dallas and it looked like they were back to their old habits of starting off slow, but then they picked up the pace and won, fighting their way back from down 19 to win the game. When Spurs fans heard that the Timberwolves had lost by 42 points to the Philadelphia 76ers and had three days to sit on that loss, we figured it might be a bad game. But the Spurs won a hard fought game (with DeMar DeRozan out nursing some bumps and bruises) against the young, athletic but struggling squad in their gym. Lastly on Sunday, the good guys faced the Clippers for the last time this season and couldn’t pull off a comeback.

January hasn’t been kind to DeMar DeRozan, who might be fighting fatigue after often carrying the Spurs in the first two and a half months of the season. DeRozan is averaging 15.3 points and 3.8 turnovers while shooting 39.0 percent from the floor in January, compared to 22.9 points on 47.7 percent shooting while committing only 2.4 turnovers per game through December. San Antonio has lost five of the nine games DeRozan has played this month, and he sat out Friday’s win over the Timberwolves due to left ankle soreness.

Performance on the road could be what wins the last few playoff spots in the Western Conference, and the Spurs got a couple of big road wins last week, coming back from 19 points down in Dallas and winning in Minnesota without DeMar DeRozan, in part because reserves Davis Bertans, Marco Belinelli and Patty Mills combined for 18 threes in the two games. But the Spurs also lost at home to the Hornets and Clippers last week, their two worst offensive performances at the AT&T Center this season, with DeRozan attempting just one free throw in the two games. The last five games have been their worst offensive stretch (107 points scored per 100 possessions) in the last two months (and they’ve trailed all five by double-digits), but after playing in Philadelphia on Wednesday, they’ll play five straight games against bottom-10 defenses.

DeMar DeRozan says he’s been playing like doo-doo lately. But he didn’t say doo-doo. And he’s also kind of right. He’s had one game in 2019 in which he shot better than 50% but two where he was held to single-figure scoring. He’ll likely bounce back from Sunday’s eight-point, 4-for-16 performance, but he should do it quicker rather than later to make sure people don’t keep asking if his ankle is the reason for his struggles.

Will update when CBS publishes.

So how did you feel about this last week? Were you conflicted about Parker’s return and the Spurs loss? Was that loss an anomaly or something to worry about regarding our recent upward trend? Did the analysts get it right? Let us know what you think in the comments.