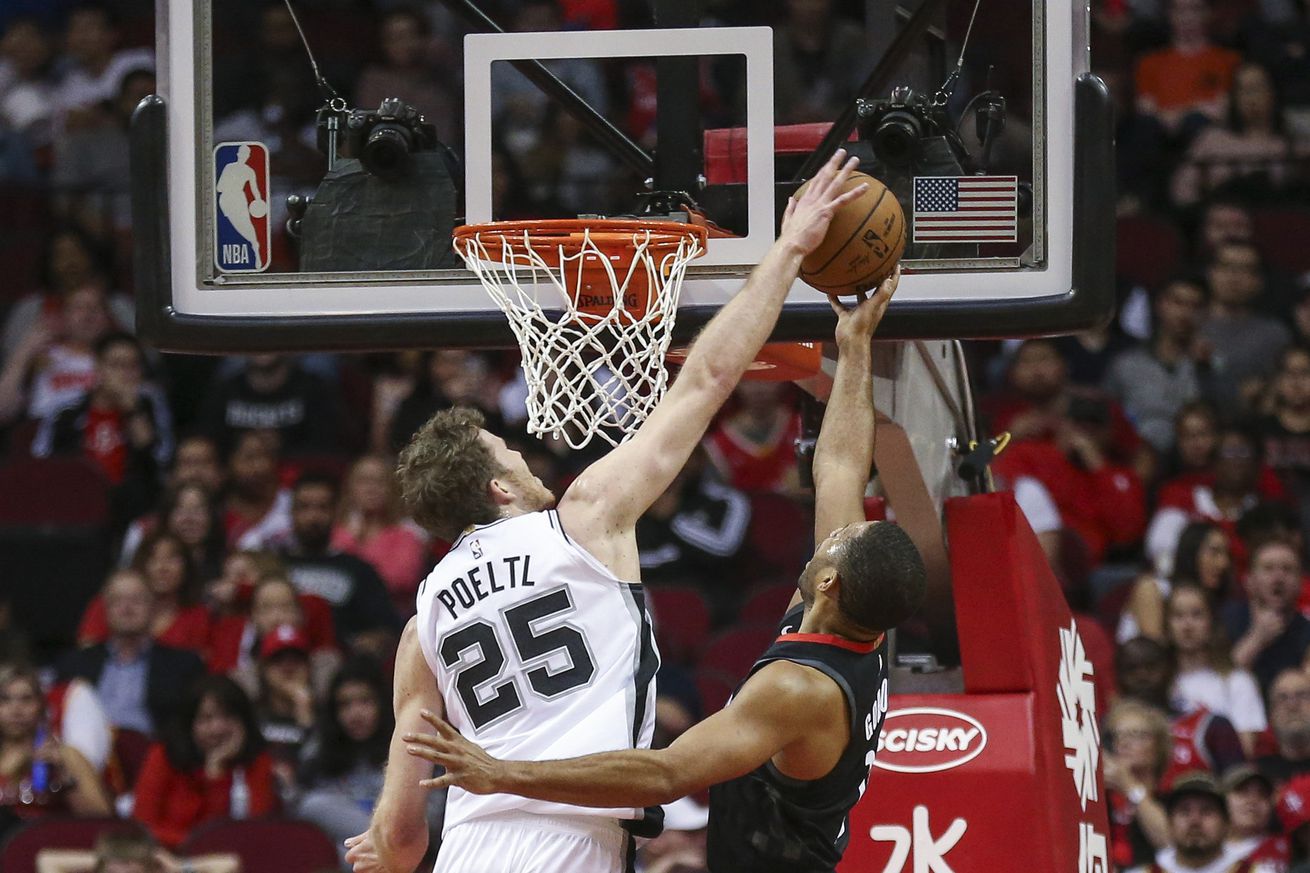 The “Redemption Tour” was rolling along until it hit a speed bump in Houston.

Does anyone else feel like the Spurs are in a loop? Last week the Silver and Black won two great games and then loss a stinker to the Bulls. This week the good guys win three “redemption games” and then lost a heart-breaker to the Rockets. Is it progress or being stuck in a rut?

Week 10 – The “Redemption Tour” hits a snag: In very convincing fashion, the San Antonio Spurs have recently beaten teams that had previously handed them bad losses. Wins against the Philadelphia 76ers, Orlando Magic, and Minnesota Timberwolves made history and started the avalanche of posts asking “Have the Spurs turned the corner?” But the Houston Rockets put those replies on hold with a win versus the Silver and Black on the SEGABABA (making our current record on those second games 0-6).

San Antonio wishes for some consistency from six-time All-Star LaMarcus Aldridge. The Spurs are 14-3 when Aldridge scores at least 20 points, and 4-13 when he doesn’t. His roller-coaster production is one of the primary reasons the Spurs have been one of the league’s most erratic teams — suffering three 30-plus losses in a span of four games, and going 5-1 with all the victories coming by at least 25 points within a few weeks.

The Spurs outscored their opponents by an amazing 22.5 points per 100 possessions over a 7-1 stretch that ended with their loss in Houston on Saturday (the second game of a back-to-back) and included a 26-point win (Friday against Minnesota) in which LaMarcus Aldridge and DeMar DeRozan combined for just 22 points. The Spurs have taken almost 49 percent of their shots from between the restricted area and the 3-point line, and that’s the league’s highest rate by a enormous margin, with Cleveland second at 40 percent. Not surprisingly, their success can have something to do with how well they shoot on those shots. They’re 10-1 when they’ve shot 50 percent or better from between the restricted area and 3-point range (which they did in five of those seven wins) and 8-15 otherwise. In two of their wins over that 7-1 stretch (Dec. 13 vs. the Clippers and Dec. 21 vs. the Wolves), they attempted just 10 and eight shots in the restricted area, the two lowest totals for any team in any game this season.

The loss in Houston was a sour note to end this past week on, but San Antonio should feel good about what happened in its last four games. Getting three wins by 26 or more is no small feat. The Spurs are 7-2 in their last nine games and could be setting themselves up for a big run to close out 2018 and to start 2019. Especially if DeMar DeRozan has defenders skating like this.

The Spurs’ present: A turning of the page toward a new era. I get what they were doing with the Kawhi trade, even though I didn’t like it. The Spurs were trying to maintain relevance as Gregg Popovich nears the end of his career. And they are relevant, in the middle of the jammed-up Western Conference playoff mix. And we can’t talk about the big picture of the Spurs without talking about what might have been if point guard Dejounte Murray hadn’t torn his ACL in the preseason. But San Antonio is a great basketball town, and it deserves more than just relevance. The only way to do that will be to engage in an abbreviated sort of rebuild, and — it’s sad even saying this — pass the torch from one of the greatest coaches we’ve ever had to a new Spurs generation. This team, as currently constituted, isn’t going anywhere impressive anytime soon.

The opinions of the pundits is looking up. Let us know whether you agree or disagree with the analysts in the comments.