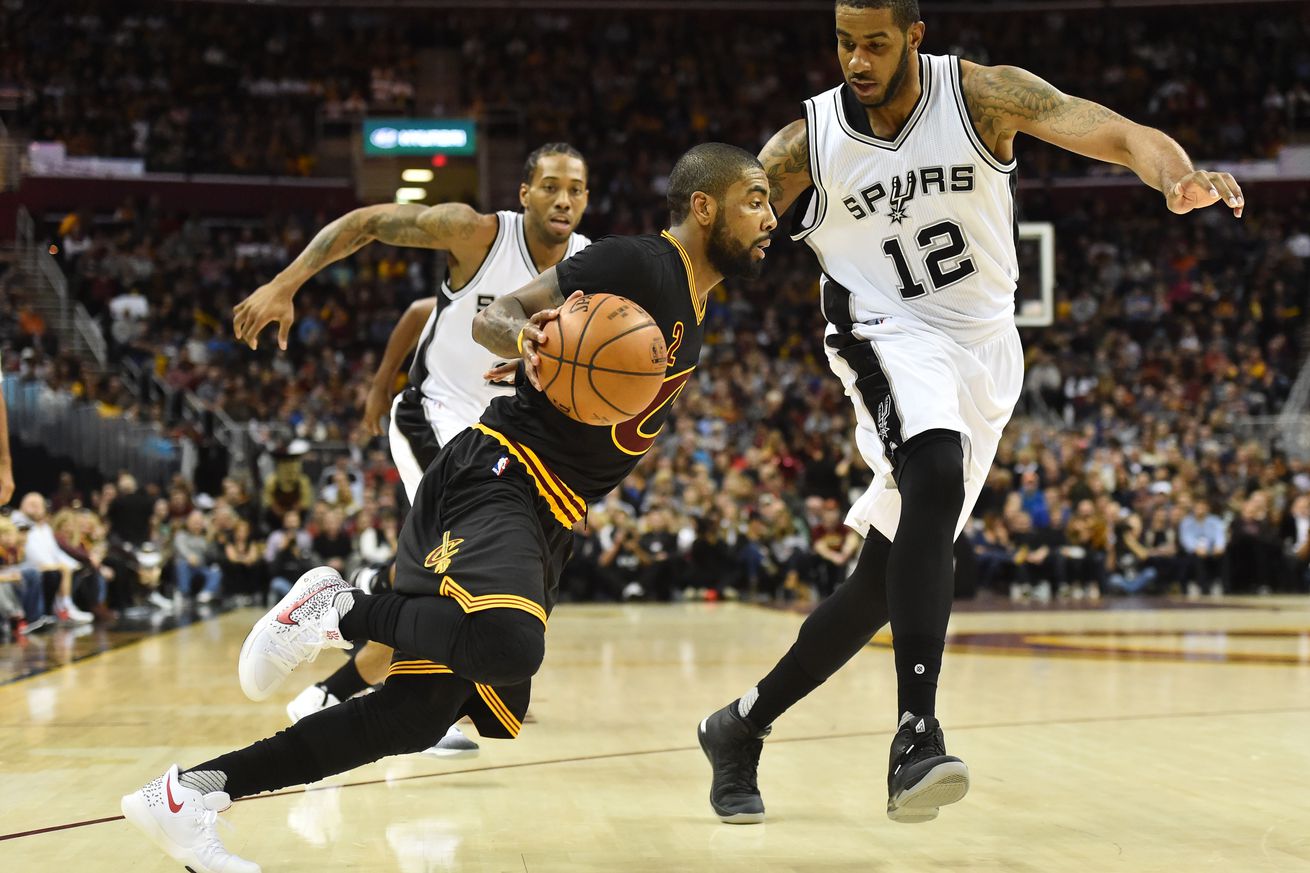 The Spurs are getting great minutes from David Lee and others not know for their defensive capabilities.

Down one, just over a minute into the fourth quarter Saturday night, the Spurs had a 27-second defensive sequence you’d expect to see in the final seconds of a playoff game. The stop set the tone for the rest of the quarter, where San Antonio held Cleveland to just 15 points until a LeBron James three point bomb sent the game to overtime.

This game wasn’t the Spurs best defensive performance of the season, but San Antonio clamped down when it mattered and topped Cleveland with a 118-115 victory, improving their record to 2-0 against preseason favorites Cleveland and Golden State.

The Spurs are currently third in defensive rating, and remain the only team besides the Warriors to be top-five in both offensive and defensive rating, according to Basketball Reference. While the Spurs benefit from the game planning expertise of Popovich and the individual defense of wings Kawhi Leonard and Danny Green, they’ve been stopping teams with major minutes from veterans Pau Gasol (now out 4-8 weeks), Tony Parker and David Lee, as well as rookies and newcomers Dejounte Murray, Davis Bertans and Dewayne Dedmon.

Schematically, the Spurs are successful because they take away the three point shot (they’re third in the league in opponent three point percentage per teamrankings.com) and bottle up pick and rolls by sagging back initially and rotating aggressively to protect the rim. But more than anything, they just don’t take possessions off.

The Spurs are getting maximum effort from career-ridiculed defenders like David Lee, and it’s forcing teams into tough, contested twos. Watch the Spurs hustle for 27 seconds against the Cleveland Cavaliers Saturday night, persisting even after conceding an offensive rebound:

Leonard, Lee, Anderson, Green and Murray combined for one of the better Spurs’ defensive sequences vs. the Cavs. pic.twitter.com/HbfnFTmGYv

The play starts with the following matchups:

LeBron is isolated at the free throw line where he can be a facilitator and a threat to attack the rim with space. The Cavs run two UCLA cuts, as Liggins and then Korver cut through LeBron at the high post. Liggins is likely a decoy, but with LeBron there is always the threat of the backdoor cut. Korver likely isn’t.

Sure enough, after making a basket cut, Korver curls around Frye, who set up for the pin down as Korver was cutting. Up to this point, the Spurs haven’t switched, but they immediately recognize the play and have Lee jump out to Korver as Green stays with Frye. Watch from the five to eight second mark and you’ll see Lee switch onto Korver and make him uncomfortable as Kyle immediately passes back to LeBron, missing Channing Frye who slipped the screen and posted up Danny Green.

While Frye initially had good position, in the time it takes Korver to swing it to LeBron, Green has fronted Frye, making an entry pass difficult. LeBron thinks about it, but opts to swing it to the weak side. The Spurs have effectively won two battles already, preventing a Korver three as well as an entry pass to Frye when he had Green on his back.

With under 10 seconds left on the shot clock, Jefferson makes the smart decision to attack directly off the catch as Anderson is closing out. But Anderson adjusts well, slides with RJ, and beats him to the spot at the free throw line. Jefferson then spins back, but Kyle is all over him and forces Jefferson into a wild shot.

Unfortunately for the Spurs, Jefferson’s shot bounces on the rim three times, throwing off the timing of the rebound. The ball gets deflected out from the scrum and finds its way into the hands of Kyle Korver, seemingly wide open for a three. The Spurs, in complete scramble mode, rise to the occasion.

Pause the video at 19 seconds and Korver is wide open with the ball on the wing and Jefferson is open in the corner. Murray closes to Korver and Danny Green immediately sprints to RJ to prevent the shot. Jefferson again takes advantage of the close out to penetrate middle, but David Lee makes another key rotation to get in front of RJ who then kicks to Frye on the opposite wing.

Frye is now the third Cav to appear wide open for three after the long rebound, but again the Spurs Respond well. Kawhi Leonard, who was on the other side of the floor after chasing down the rebound, sees Jefferson look towards Frye and rotates over. After a series of quality swing passes from the Cavs, Frye aborts the ball movement and takes Leonard baseline. Unable to blow by Leonard, Frye settles for a tough floater sandwiched between Kawhi and the outstretched arm of Kyle Anderson.

The Spurs close the lengthy possession with just enough of a box out from Danny Green on LeBron to clear space for Anderson to grab the board. You hate to give up an offensive rebound, but the Spurs respond with three closeouts and ultimately force another contested two.

This play didn’t feature any groundbreaking schemes, in fact there was just one switch the entire play. The Spurs simply made every rotation and showed relentless effort to prevent Cleveland from hitting a momentum-building three. The discipline and effort is a hige reason they’re top-three in defense, regardless of who suits up on a given night.