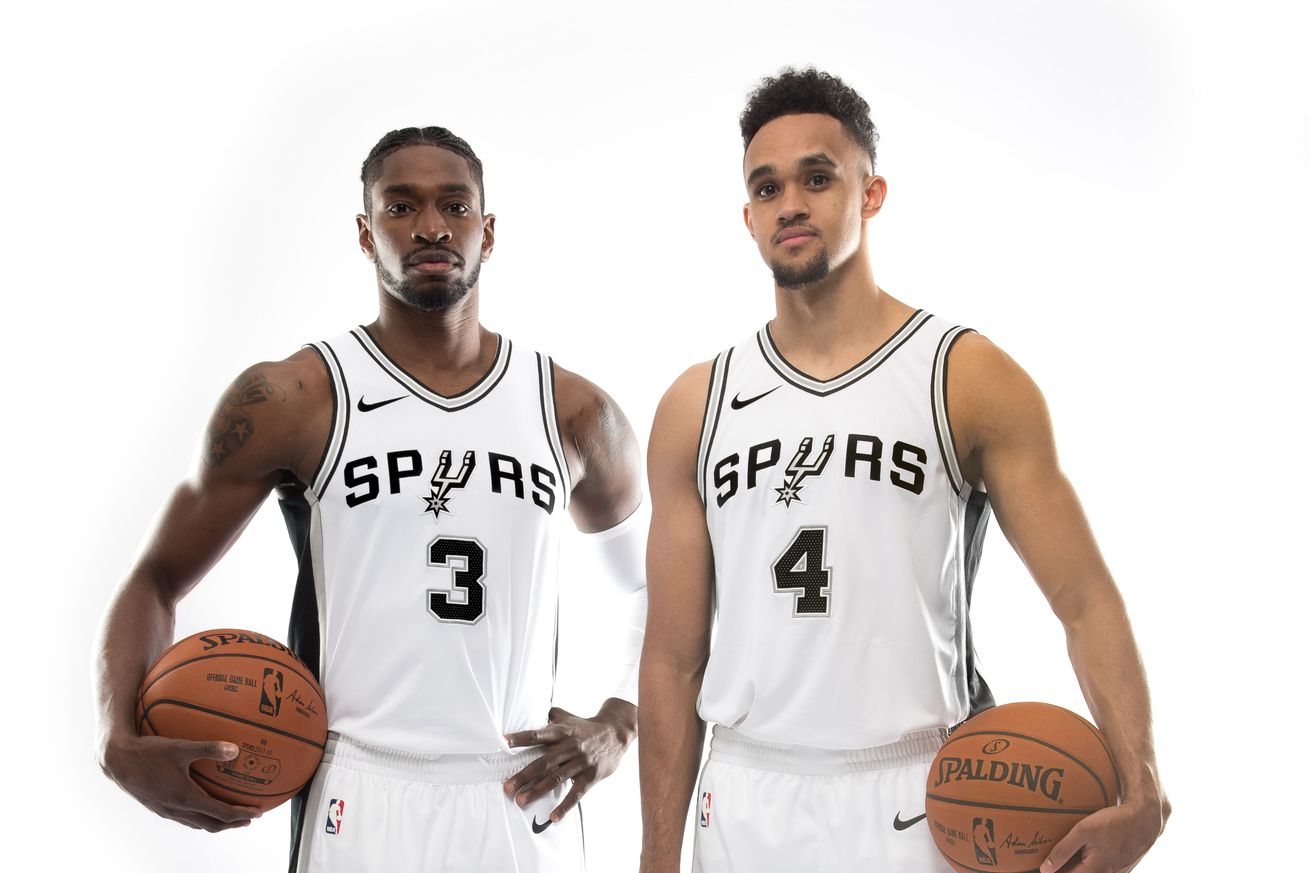 Classic with a modern twist

The moment we’ve been waiting for is here. Over the last few weeks Nike has been slowly revealing new uniforms for each NBA team, and today they finally reached the San Antonio Spurs.

Modeled by Brandon Paul and Derrick White, here are more close up looks:

As you can see, they went with the classic Spurs look with some modern updates, most notably no silver border around the letters. Another noticeable absence: no advertising, although the Nike logo is prominently featured. (And for those who were concerned about a possible new logo, it is merely featured on outside of the leg while the classic spur remains front and center.) Here is more information about the uniforms from Nike and the Spurs:

The classic white Association Edition and black Icon Edition jersey designs maintain San Antonio’s traditional look, featuring the team name centered by the iconic Spurs logo arched across the chest, with the player numbers just below and the Nike Swoosh on the right breast. The uniforms include contrasting side panels with silver and white trim on the jersey tops and accompanying shorts.

These will be the Spurs’ traditional home and away uniforms, and two more alternates that pay homage to the players and community will be released on a later date. The new jerseys will debut at the start of the preseason and will be available for purchase online or in stores beginning on September 29.

So what do you think of the new look, Spurs fans?