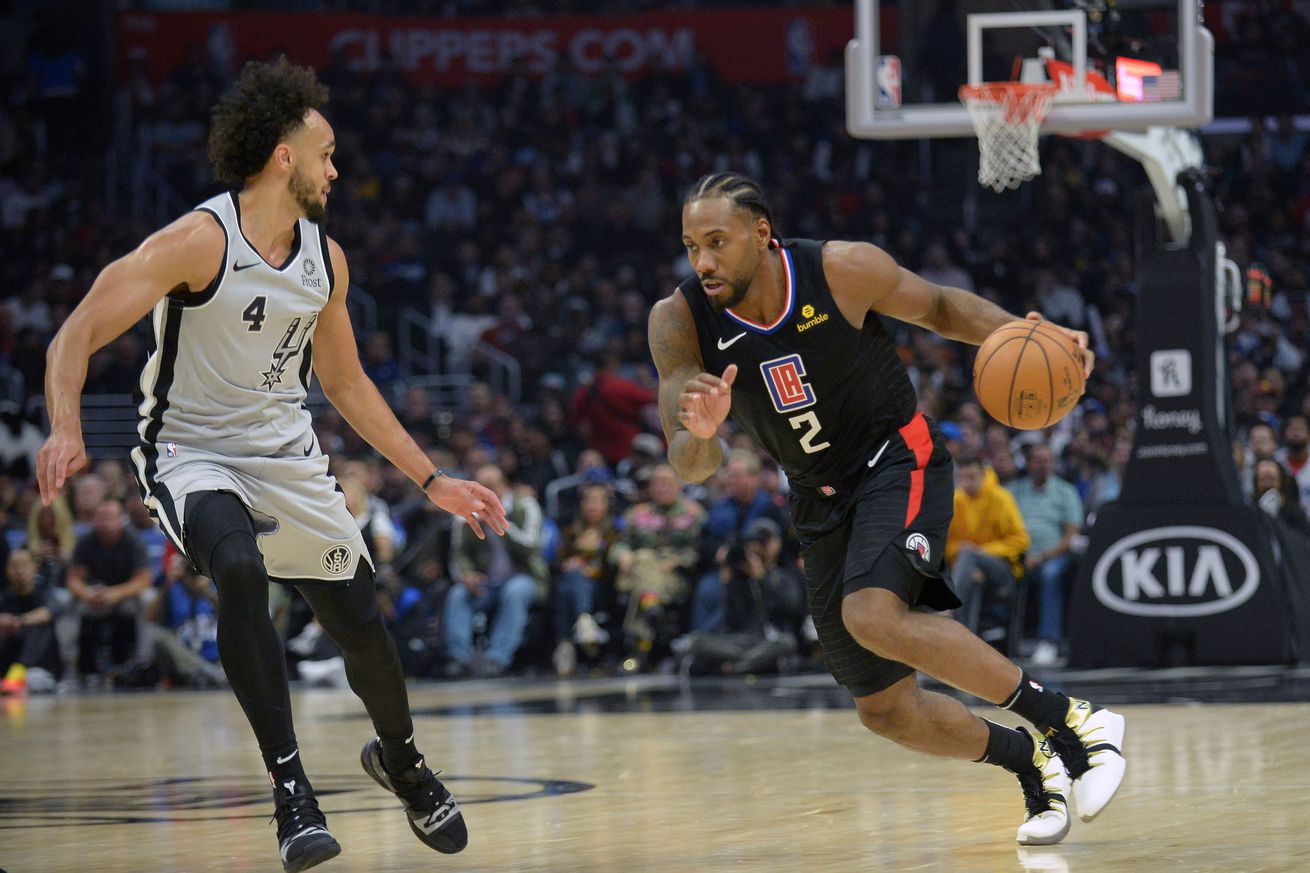 Turnovers and a white hot 4th quarter from Kawhi Leonard send the Spurs to their first loss of the season.

The Los Angeles Clippers surprised most NBA fans and pundits last season by making the playoffs in the highly competitive Western Conference after trading Tobias Harris, who was the closest thing they had to a star player. Their success had mostly to do with their dynamic bench duo of Lou Williams and Montrezl Harrell, both of whom are on two of the most team friendly non-rookie scale contracts in the NBA. They are exciting to watch.

Then Kawhi Leonard and Paul George had to team up in LA and completely ruin it for me. The Clippers are no longer the feel good underdogs scraping together wins with all grit and no stars. They are now an NBA powerhouse with multiple superstars. That’s now two strikes on you Mr. Leonard. Or is it 100? I’ve lost count. No team in the NBA is anywhere near their final form this early into the season, but until George returns from injury and gets acclimated into their system, the Clippers will remain in the egg phase of their path towards complete metamorphosis and potential NBA dominance.

I know you can’t win them all, but this game sure felt winnable. Leonard was incredibly inefficient in the first half and the rest of the starters shot only 7 of 23 for the game. Even the offensive wonder Williams was only 5 for 19 in the game. Harrell was great, scoring with his usual brand of efficiency while playing solid defense on LaMarcus Aldridge. Still, the Clippers didn’t play with a sense of urgency, opening the door for the Spurs to pull off the upset on the road.

But it wasn’t to be. The Spurs have been lacked success on the road over the past couple seasons and tonight was no exception. DeMar DeRozan was one of the few bright spots for the Spurs in terms of shooting the ball, but he coughed the ball up seven times. Overall the Spurs turned the ball over 18 times, continuing their early trend of losing the turnover battle. The Spurs can get away with some of these things at home against non-playoff Eastern Conference teams, but they will continue to lose on the road if they cannot keep the opposition from getting easy baskets in transition off live-ball turnovers. Last season the Spurs had the fewest turnovers in the league, but that statistic was a bit of smoke and mirrors because the turnovers they were committing were of the live-ball variety.

The hometown kid is putting in work.

The Spurs have no time to cry over missed opportunities as they fly to San Francisco to play the injury-riddled Golden State Warriors. Curry broke his hand during their last game and will not be available to play against the Spurs. Klay Thompson is also out for the entire season, leaving Draymond Green to lead the Warriors during their steep fall from grace. I really hope the Spurs take it to the Warriors tomorrow. It will be a great way to let out all the frustration they accrued during their loss to the Clippers.