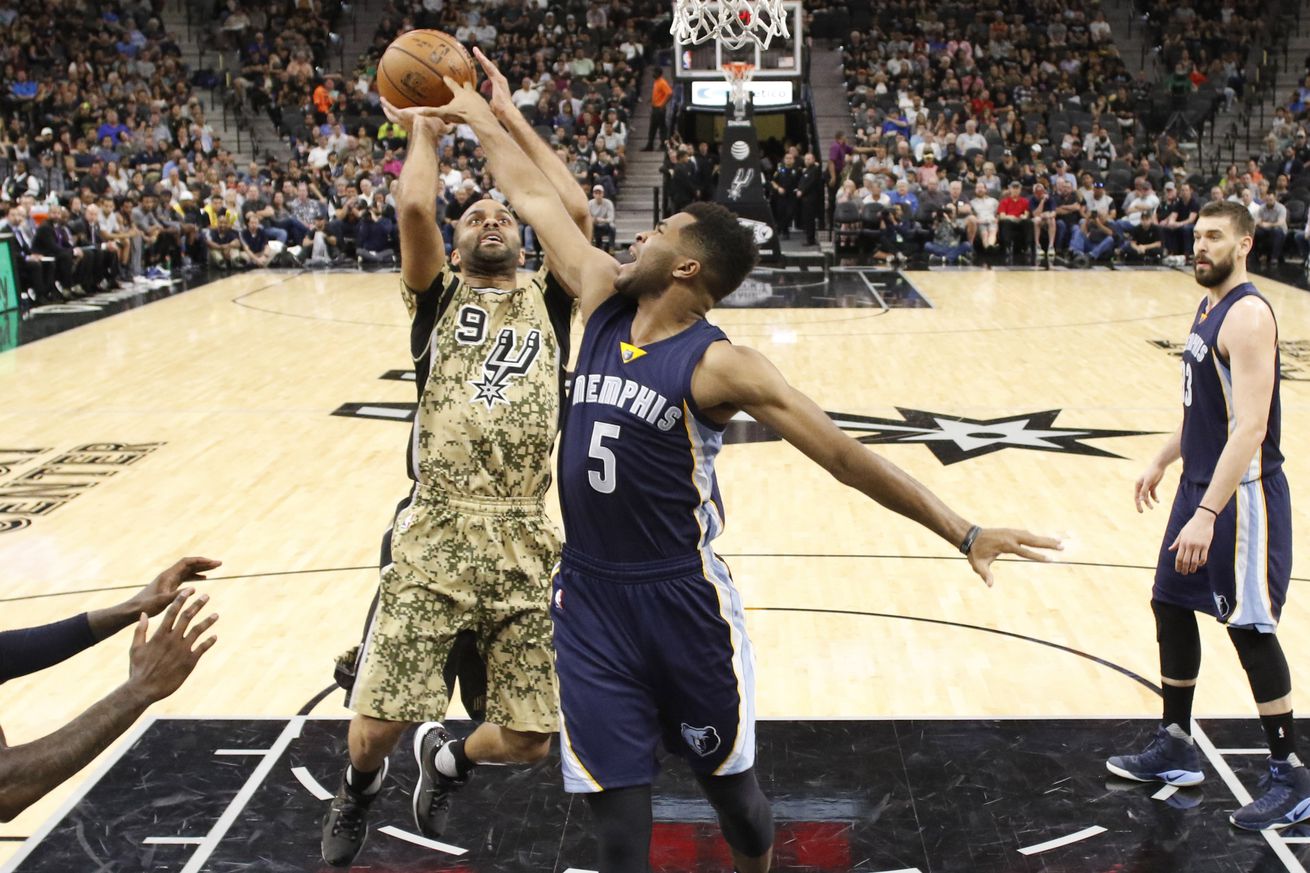 San Antonio picked up their first win against the Grizz of the season after losing the previous two games in what could very well be a first-round preview.

After losing to the Grizzlies last Saturday night the Spurs have racked up a trio of wins over the Kings, Timberwolves and Grizzlies this week. A win over the Knicks on Saturday night would make it a perfect week for SA and a solid bounce-back after a rare two-game skid.

Thursday night’s game was a pretty competitive contest, with the increased intensity reflecting where we are in the season. The Spurs led for the overwhelming majority of the game, with Memphis’ only lead coming a minute into the game at 3-2. Memphis did tie the game up twice and never let their deficit get out of hand.

LaMarcus Aldridge was active early on and hit half of his eight shots in the first quarter, accounting for nine of the Spurs’ 27 points. After the first 12 minutes of play the Spurs led 27-22. Manu Ginobili, who struggled shooting on the night, had a nice run at the end of the first quarter, tallying three assists while running the offense including a nice feed to Patty Mills as the quarter was coming to a close.

Ginobili knocked down a triple, his only bucket of the game, at the beginning of the second quarter before Memphis put a 6-0 run together to make it a 32-30 contest but a 13-0 run by SA pushed the Spurs’ lead to 15 halfway through the second quarter and it appeared that the camouflaged squad might put the game to bed early.

But it’s 2017 and that doesn’t happen much these days. The Grizzlies cut their deficit down to nine at the half and they slowly chipped away at that during the third. The Spurs’ advantage was down to just five heading into the fourth.

Memphis scored the first five points in the fourth, tying the game for the first time since 21-all late in the first. David Lee, Aldridge and Parker responded with an 11-0 run of their own while Kawhi got some deserved rest with just under five minutes left to play. That push was enough to secure the game for the home team, 97-90.

Your Spurs improve to 55-16 and remain a pair of losses behind the Golden State Warriors for the league’s best record, though it seems less likely that the Spurs can edge the Warriors for homecourt advantage with the Dubs back to their winning ways and the Spurs dropping a pair of winnable contests last week. The Warriors have the Kings, Grizzlies and Rockets before the teams meet on Wednesday night.

The Spurs have three more games on their homestand and will host the Knicks on Saturday, the Cavaliers on Monday and the Warriors on Wednesday.