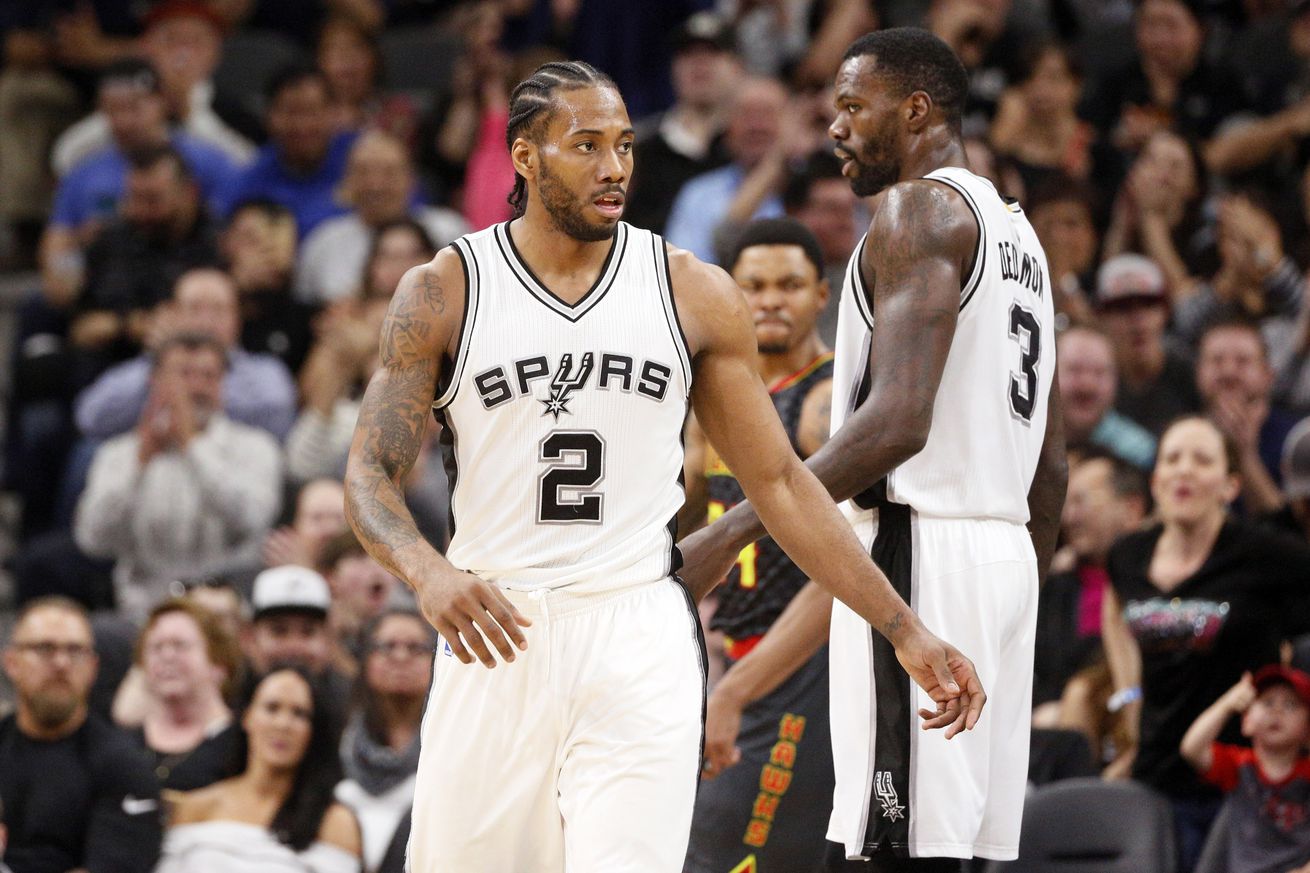 The Spurs won their 19th-straight game in San Antonio against the Hawks on Monday night with a 107-99 victory. It’s been over 20 years since the Hawks won in the Alamo City on February 15, 1997. That’s completely absurd in the true sense of the word. And I’ll just drop this right here.

Spurs are now 30-5 against the Hawks in the 21st century, the best win percentage by any team against any opponent since January 1, 2000.

The Spurs welcomed back Kawhi Leonard after the club’s lone all-star missed Saturday night’s game against the Golden State Warriors following a hit to the head he suffered in the OKC game as he had to pass the league’s concussion protocol before returning to action.

It was like he didn’t miss any time at all, putting up a 31-5-4 line in 39 minutes of action and basically looked like the MVP candidate he’s been all season. He played all 12 minutes of the first quarter and clearly had no restrictions placed on him.

The first half was all San Antonio. The home team’s defense was excellent and held the Hawks to 43 points on 44% shooting in the first 24 minutes. The Spurs opened up a 15-point lead at the end of the second quarter and it looked like the Spurs would roll to an easy victory over Atlanta.

But turnovers and solid Hawks defense kept the visitors in the game with the Spurs turning it over 13 times in the first half. The Spurs led 54-43 going into the half in what looked like a more lopsided contest.

Atlanta cut the Spurs’ lead to eight going into the final period after winning the third quarter 30-27. Paul Millsap was solid for the Hawks in the third, dropping nine on five shots and playing the entire quarter. Atlanta also took care of the ball, committing zero turnovers in the period.

The final score hints at how competitive the final quarter was and the Hawks but their deficit to just a single point four minutes into the quarter. But a timely Bryn Forbes triple, with an assist from Kawhi, pushed the lead out to four and gave the Spurs a little breathing room.

Let’s give Forbes a little love.

And here’s a buzzer beating jumper from the rookie.

While the game remained competitive until the last four minutes or so, that was the closest that the Hawks would get.

San Antonio closed the game out, opening up an 11-point lead on a Patty Mills jumper with 1:36 to ice the contest.

Your Spurs improve to 52-14 for the season and have tied the Warriors for the best record in the league. They own the tiebreaker with the Warriors, so the Spurs are now in the driver’s seat in terms of homecourt advantage come the real season.

The Spurs stay at home and host the Portland Trail Blazers on Wednesday night. Portland is playing for its playoff life as the team sits a game and a half back of the eighth-seeded Nuggets. The Blazers have won five of their last six. The Spurs have won 10 of their last 11.