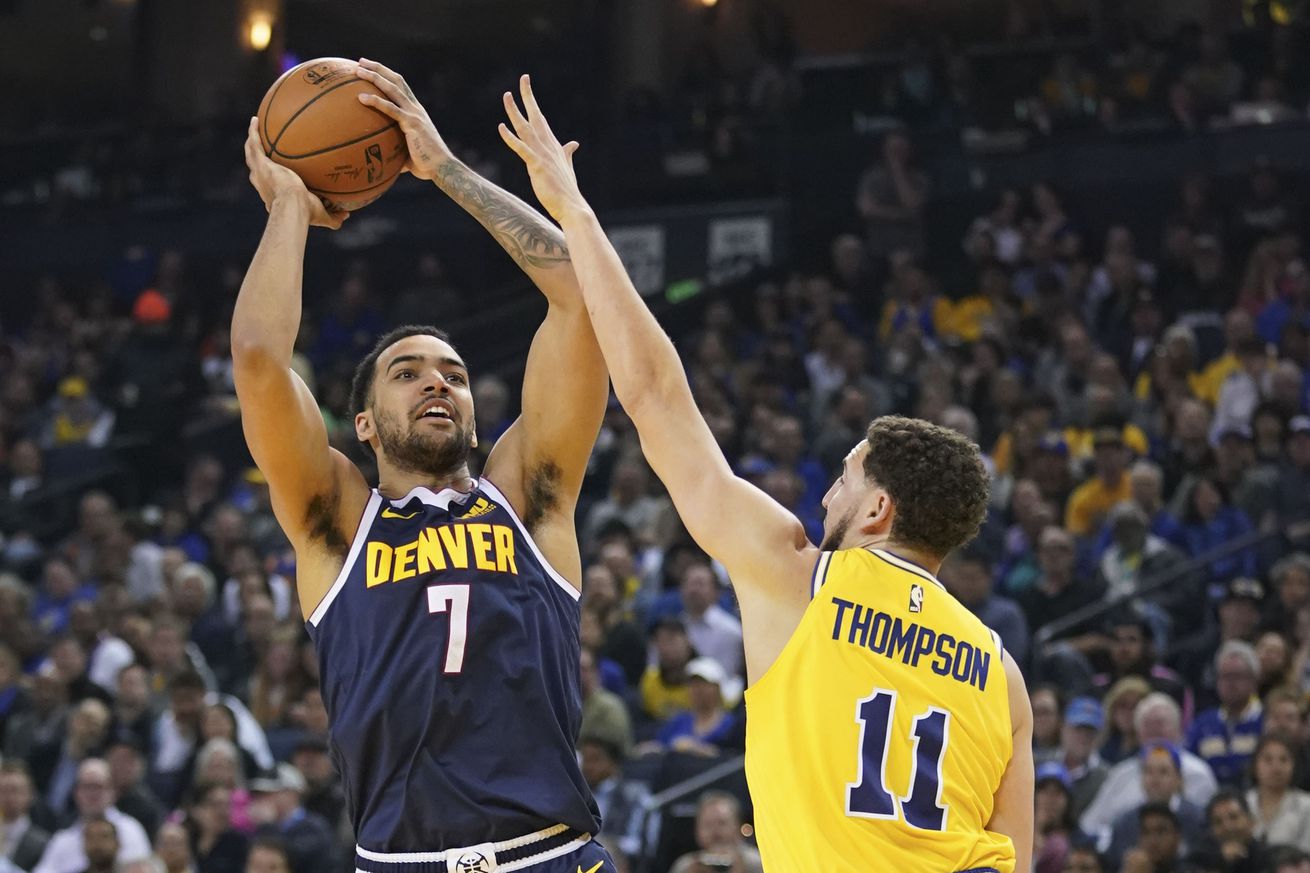 An old take has some fans on the fence about the newest Spur, but there’s no need to worry.

San Antonio Spurs fans weren’t exactly thrilled when the team inked Trey Lyles to a two-year deal early last month. Between the Marcus Morris fallout and the residual effects that followed that unfortunate chain of events (like ultimately trading Davis Bertans for nothing), it’s easy to understand why excitement ran low for the newest member of the roster.

The fifth-year power forward had the cards stacked against him from the second he joined the organization. And when news about his alleged aversion to practice from an old Richard Jefferson’s “Road Trippin” podcast resurfaced online, some fans became concerned.

I’m drafting a new article for @poundingtherock and I want an honest opinion from fans.

There were some concerns over Trey Lyles work ethic when San Antonio signed him three weeks ago.

Now that the dust has settled, are y’all concerned with his perceived disdain for practice?

So do the Spurs faithful have a legitimate reason to worry when it comes to Lyles’ work ethic? Not really.

While it’s true he made negative comments regarding the frequency of practice during his time with the Utah Jazz, most of his issues seemed to stem from his frustration with head coach Quin Snyder, and it was a problem he didn’t appear to have with head coach Michael Malone in Denver over the past two seasons.

In fact, contrary to what you might expect, the former Kentucky Wildcat enjoyed a career-year in his first go-round with the Nuggets. His second season wasn’t as successful, but he still managed to play an integral scoring role off the bench for a second-seeded Western Conference contender.

Despite taking a hit to his efficiency and losing his spot in the rotation when the playoffs rolled around, there’s hope for greener pastures. It’s not an exact science, but Lyles has traded off good and bad shooting years each season since he came into the league. If history is any indicator, he is due for a resurgence in 2019-2020.

That being said, playing a guessing game based on a shaky methodology isn’t the best way to predict what next season has in store for the talented stretch-four. So with that in mind, let’s take it back to the topic of practice.

Although Lyles might have a poor reputation when it comes to practice, it would be hard to tell based on how much training he’s put in this summer. The big man has been in the gym honing his craft with players like Ben Simmons and Andrew Wiggins, and the world of social media has taken notice.

Trey Lyles is a solid shooter and passer at 6’10”

Still a work in progress, but he’s putting the work inpic.twitter.com/rR7RWtYXbW

Summer workout videos don’t promise any sort of marked improvement. However, they do show he is more than willing to dedicate a little sweat equity to the game of basketball, which is perfect considering Gregg Popovich asks for nothing but the best foot forward from all his players.

It would be a surprise if the six-ten forward found major minutes with San Antonio this season, but fans should be patient even if his playing time is limited. The Spurs have two years to unlock the 23-year-old’s untapped potential, and his relatively inexpensive contract makes him an intriguing developmental project.

Lyles could become a fixture for the Silver and Black down the road, and while it’s best to dial down any outlandish, first-year expectations, Pop and the coaching staff are the best in the business when it comes to player development. This is the time for Lyles to make an NBA career for himself, and it’s up to him to take advantage of the opportunity in front of him.