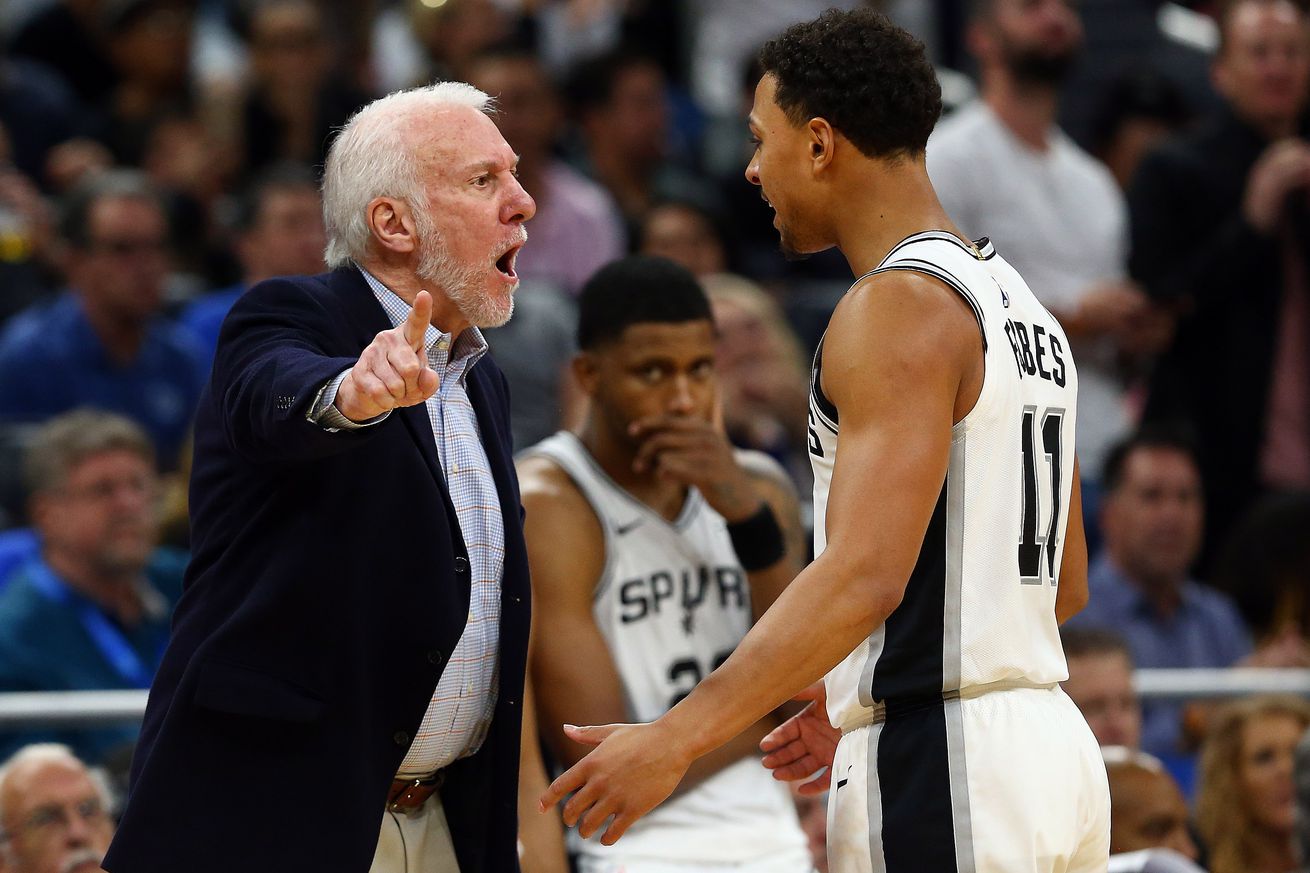 The losing streak now stands at four and the schedule only gets harder from here.

The Spurs came close to snapping their losing streak in their visit to Orlando, but couldn’t seal the win late and lost to the Magic 111-109. It’s San Antonio’s fourth defeat in a row and the sixth in nine games.

No one can say San Antonio coming up short is surprising at this point, but Friday’s game was still heartbreaking to watch because there were a lot of positive signs in the first half. The starters were taking threes with confidence, which were created by aggressive drives. Defensively there were still some breakdowns on drives and backdoor cuts, but the decision to send help off bad shooters almost every time paid off, as the Magic were failing to make San Antonio pay for it. The bench picked up where the starters left off and took mostly good shots while playing with an edge on the other end. The Spurs were clearly aided by the officials calling the game loose early on and by Orlando’s inability to hit open shots, but did enough to earn a double digit lead in the second quarter.

Unfortunately one of the defining traits of this team seems to be its inability to play with energy and focus for the full 48 minutes. Late in the second quarter the Magic started to outplay the Spurs, foreshadowing the struggles to come. The start of the third quarter confirmed that San Antonio was not going to cruise towards a win to end its losing streak, as the starters reverted back to looking mechanical in their offensive execution and lackadaisical in their defensive effort. Only a good stretch to close the frame by the bench prevented Orlando from taking control of the game. The subs moved the ball well to find Jakob Poeltl inside to keep pace with an opposing offense that was now starting to hit the looks it missed in the first half.

The final period was a microcosm of the game and the season in general, with the Spurs intermittently looking solid and clueless. The duel between the benches resulted in no clear winner, with both sides hitting enough shots to prevent the other from creating separation. The Spurs seemed ready to close strong, as the starters came back in energized, with LaMarcus Aldridge, who had been invisible on offense in the first half, continuing to do some damage after a strong third quarter. It looked like escaping with a victory was in the cards, and then it all fell apart. The offense couldn’t manufacture buckets late — a familiar problem — while the Magic scored with ease. Orlando got a small edge and the Spurs simply didn’t have one last run in them.

What makes this loss especially heartbreaking is the context in which it comes. With the Trail Blazers waiting in San Antonio and a four-game road trip in the horizon, the Spurs needed this one. A win wouldn’t have solved the issues plaguing San Antonio right now, but letting it slip away could actually make them much worse. Something is clearly not working, and figuring out what it is in defeat is much harder to do than in victory.

The coaching staff have their work cut out for them. The Spurs need to get back on track fast, or this season could slip away before 2020 even starts.

Next game: Vs. the Trail Blazers on Saturday

It’s a SEGABABA for the Spurs and the last game at home before a four-game road trip. Let’s hope for a win.