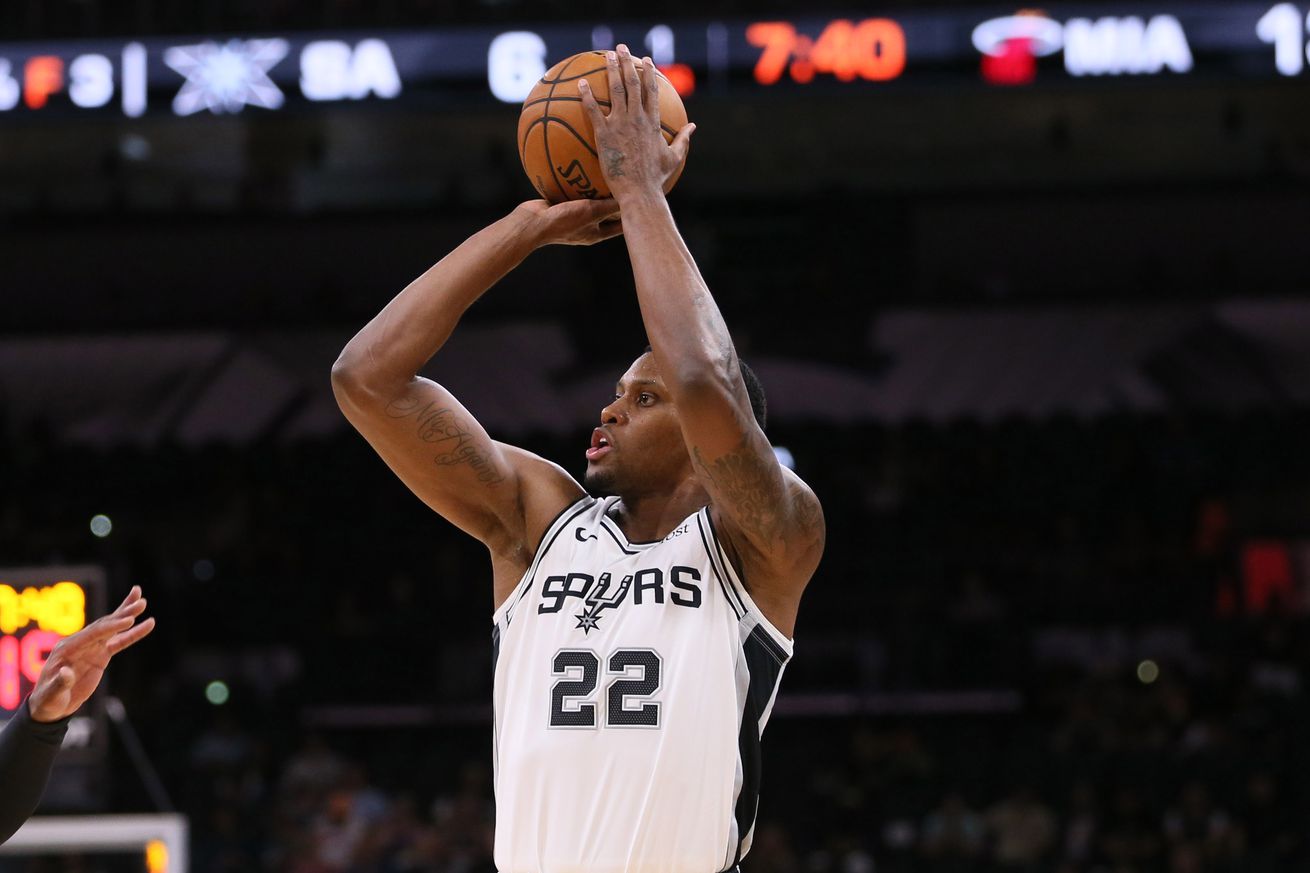 Another opportunity for a team that wants to play well together to smooth out the edges.

First off all, it was the Detroit Pistons. And not only was it the Pistons, but they were missing Blake Griffin and Reggie Jackson. From the standpoint of an observer unfamiliar with this season’s roster, I was one Andre Drummond away from thinking this line up was the Piston’s Summer League. That said, their new head coach is Dwane Casey and he garners enough respect to keep any team on their toes.

Without their core starters, the Spurs were able to exploit many holes in their defense showcasing their new offense. Both LaMarcus Aldridge and DeMar DeRozan were draining their mid-range jumpers. But they were not alone. Overall the Spurs knocked down 61% of their 31 attempted non-paint two-pointers.

Head Coach Gregg Popovich utilized a second version of the starting line-up placing Patty Mills and Jakob Poeltl in place of Rudy Gay and Pau Gasol. This pushed a couple of interesting aspect to the Spurs game.

At the small forward spot, DeRozan could more readily post in his comfort zone. When he shot, his stroke was pure. Now he just needs to take more shots.

Moving Gay and Gasol to the bench, the Spurs second team is looking like the kind of group that will be able to dominate the NBA’s other teams. Derrick White looked excellent running the floor. He’s fearless and does now get intimidated into rushing. 8 points and 3 assists in 17 minutes is a great start.

Meanwhile, while White brings the ball down Forbes, Gay, Gasol, and Belinelli are looking to be lethal. All five shoot confidently from beyond the arc, so there is little space to give. If more time together will enhance the passing game, glimmers of the Beautiful Game may resurface. Gasol slipping a pass to a to cutting Belinelli brought back Manu/Marco memories.

For the Pistons, the game was never really in striking distance. Down by 15 at the end of the first, they pulled within 13 at the half. But the second half saw the Spurs pulling away with such a consistency that by the end the twenty-four point difference did not seem at all farfetched.

Last thought: In an NBA where a few big stars need some solid role players, the Spurs have gone the other way. If the younger guys on the Spurs can all elevate their overall game incrementally, they will be a formidable opponent for any team in the NBA. At the same time, having a player out with an injury won’t render the team useless. Typical Pop, zagging while everyone else is zigging.