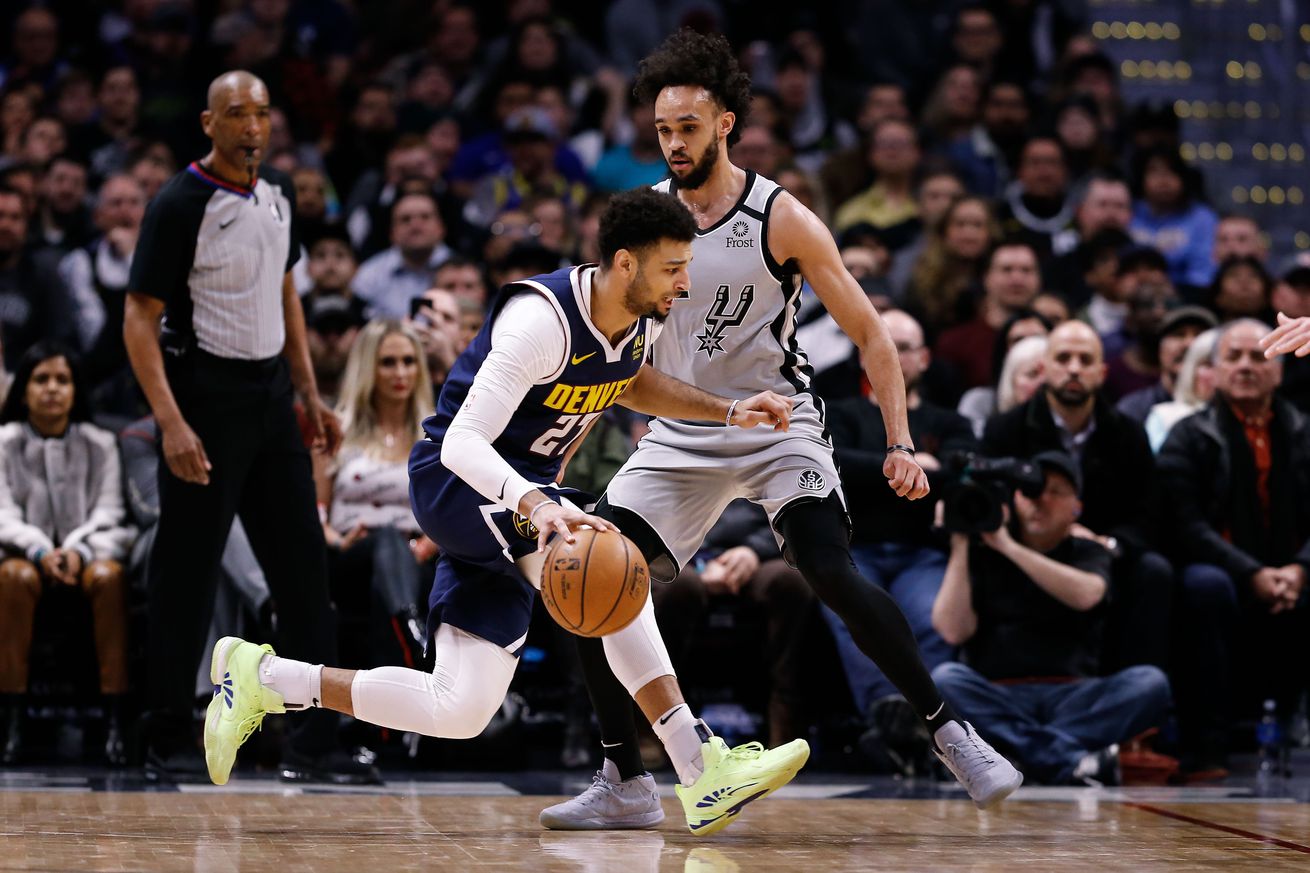 As the Spurs’ lead ballooned into the 20s midway through the 3rd quarter of their eventual loss to the Nuggets’ on Monday night, the ensuing letdown and compulsory comeback was as predictable as it was painful. Bruno called it, in fact.

believe this was when the lead was 20 https://t.co/qmCzpD9Adk

With this team, there’s just no such thing as a safe lead with more than a minute or two to go, especially on the road. Despite a 40 point 1st quarter, a 13 point halftime advantage, and a 23 point lead with 6:40 left in the 3rd quarter, Bruno was right to be skeptical.

Sure enough, the home team’s shots started falling, the Pepsi Center crowd finally got fired up, and the Spurs gave up another game-changing run in the middle of the 2nd half. This time, it was a 27-7 explosion – including of course a streak of 5 made threes in a row – over 5 and half minutes of game time spanning the end of the 3rd quarter and the beginning of the 4th that brought the Nuggets from down 20 to tie it up at 95 all.

The Spurs were still in the game at that point, though. Even after giving up that run and allowing the Nuggets to take their very first lead of the contest three minutes into the 4th quarter, the Silver and Black fought back. They retook the lead and built it up to 5 points before ultimately succumbing to another Nuggets burst and were outscored 23-11 the rest of the way.

The Spurs’ defense, especially when the intensity got ratcheted up, just couldn’t compete. Whether it was a parade of open threes, a layup line running to the rim, or the open midrangers Jamal Murray used to seize the lead for good, the team was simply unable to take enough things away from the Nuggets’ offense once they got rolling.

That’s the driving issues behind the Spurs’ recent run of ineptitude and it has shifted the very nature of their games. What once was a winning machine has transformed into the bad kind of inevitable, like a bizarro Thanos, happily snapping their way into the lottery. Put another way, the Spurs are either the worst 2nd half team the league has ever seen, or they’re trying to turn tanking into high art.

Either way, the team now finds itself 5 games out of 8th place and 1 game ahead of 13th nearly two thirds of the way through the season. The time for changes, whether in the rotation or through trades, has come and gone. This is the team they’ve got, and this is the kind of result they should expect with this team.

Next game: @ the Thunder on Tuesday

The Spurs will travel to Oklahoma City for a chance to end their four game skid.