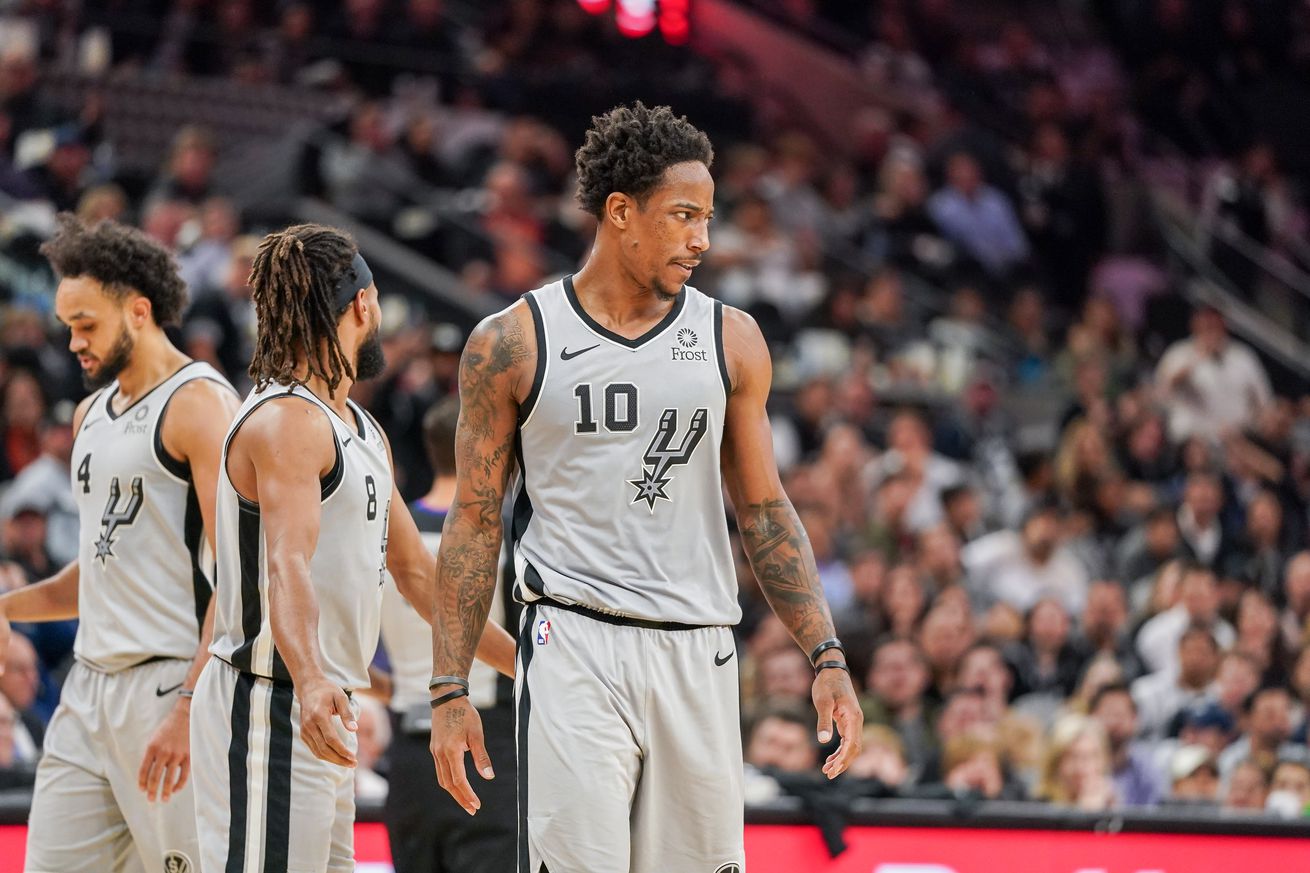 Neither the San Antonio nor Portland can hold a lead, but the Spurs’ inability to score in the clutch was the trump card.

Both the San Antonio Spurs and Portland Trail Blazers came into the season with playoff aspirations, but both have played far short of expectations. In a way, this game was a microcosm of how the season has gone for both teams. There were moments of fantastic play riddled with inconsistency.

Both teams have had issues holding onto leads, especially late in games. The Spurs themselves were just coming off a loss against the Orlando Magic in which they blew a fourth quarter lead. There was also the game on October 28 against the Blazers where the Spurs dodged some last second Damian Lillard three point bullets to avoid blowing a 19 point lead in the final five minutes of the game.

The Spurs have routinely fallen behind early in games, so it should come as no surprise that the Blazers jumped on the Spurs from the opening tip. The Blazers were unable to miss while the Spurs sputtered around the court playing uninspired offense and next to no defense. The Blazers scored 41 in the opening frame, and took an 18 point lead into the second quarter, and it was only that close because Lonnie Walker IV got some early run and was able to run coast to coast in about three seconds and score on a floater while running at full speed. His play early in the season hasn’t inspired too much confidence but that was a fantastic highlight that showed off his undeniable abilities.

In what is starting to become a bit of a calling card for the Spurs this season, the Spurs’ bench got them back in the game early in the second quarter. Jakob Poeltl has looked better these past two games than he has all season. Rudy Gay is rounding into form, and Patty Mills is playing his best basketball since the Spurs’ last championship run. The starters came back into the game and were able to continue the momentum. By halftime the Spurs had cut the Blazers’ 23 point lead into a manageable eight.

The third quarter was the most memorable quarter I can remember so far this season. Derrick White fouled Lillard from beyond the arc, giving the Blazers a free three points. Not more than one minute later White was again called for a three point shooting foul on Lillard. The replay showed that Lillard attempted to initiate the contact with White but White was able to successfully get out of the way. Lillard hit all three free throws and Pop was understandably livid. He continued arguing with the refs until he was assessed two technical fouls and was thrown out of the game. It was nice seeing some anger out of Pop. Much like the team, Pop has looked to be coasting through some of these games early in the season.

The team responded to Pop’s ejection, stringing together possibly their best basketball of the season. For the first time in what seems like forever, the starters were able to outscore their opponent, giving the bench a chance to build on a lead instead of trying to simply get the team back into the game. The bench did their part, building a double digit lead in the fourth quarter before the starters returned to close out the game.

If this season has taught me anything, it’s that if it seems too good to be true, it probably is. The starters had some untimely turnovers and started relying far too much on jump shots instead of the aggressive play that got them back into the game in the first place. It’s frustrating to see the Spurs find a formula that works, only to watch them resort to inefficient and careless basketball during clutch moments of the game.

As is often the case with close games in the NBA, replays in the final two minutes slowed down the game and sucked the life out of the AT&T Center. I understand why it’s done, but I can’t stand it. The Spurs certainly did their part to let the Blazers back in the game, but the referees were absolutely atrocious down the stretch of this one.

With less than 40 seconds left in the game and the Spurs down by one, DeRozan got hit in the face while driving to the basket. His shot was then blocked by Hassan Whiteside and DeRozan was called for an offensive foul for pulling Whiteside down as DeRozan was falling to the floor. The Spurs’ coaching staff challenged the ruling, saying DeRozan was fouled on his way to rim. Unfortunately for the Spurs, the ruling states that the referees cannot go back and look for fouls that occurred before DeRozan gathers the ball, so the fact that DeRozan was hit in the face didn’t matter. What’s worse was that they changed the call from an offensive foul to a loose ball foul, giving Whiteside two free throws and increasing their lead from one to three points.

The Spurs were unable to comeback from that point, increasing their losing streak to five and will now hit the road for four straight games. I’d like to say this is rock bottom but I’m not so sure. At least the Spurs showed some life in this game, but the starters’ inability to compete with other team’s starters is a major concern.