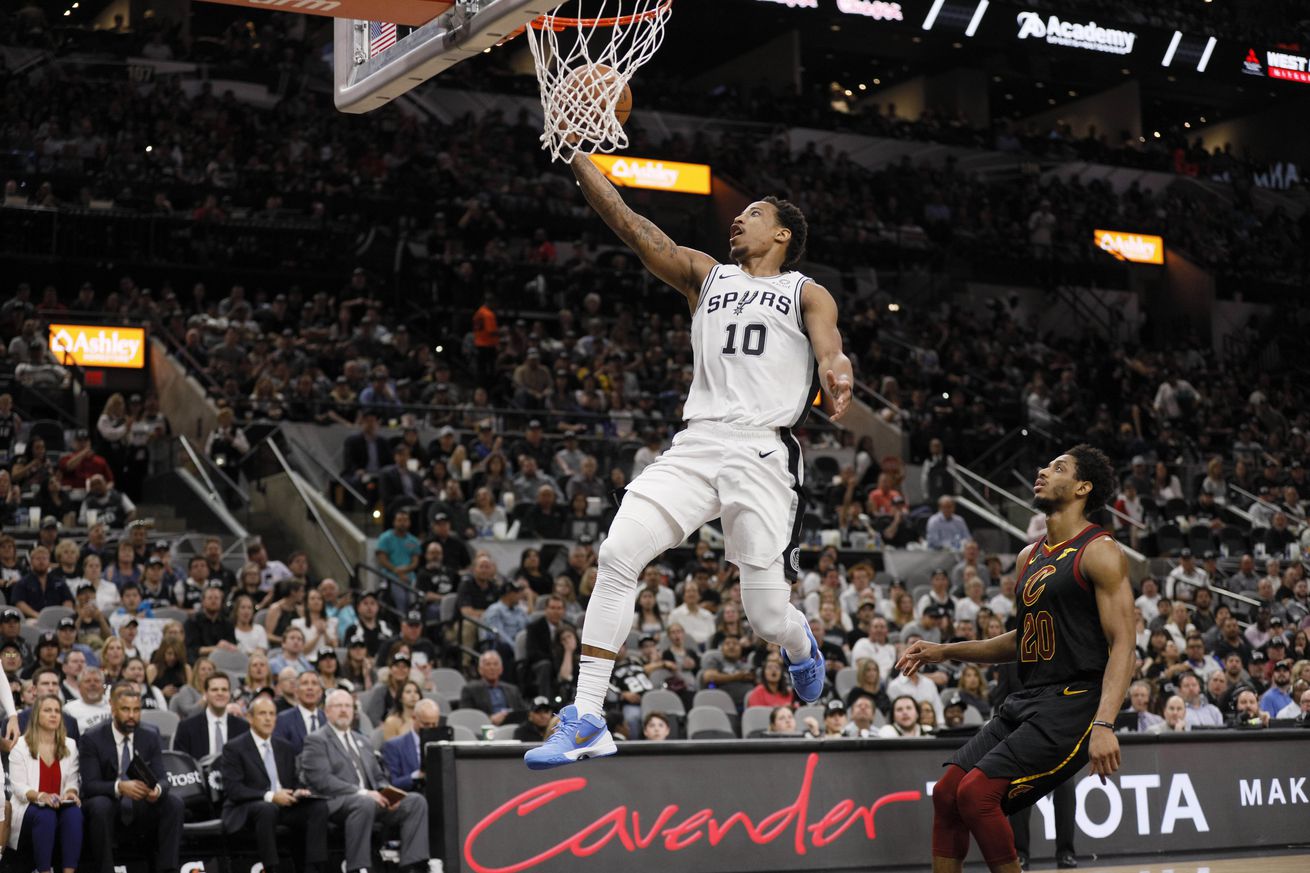 Last night was a momentous occasion for the Spurs and their fans as they raised Manu Ginobili’s #20 to the rafters, never to be worn again. A great post-game ceremony was held that included speeches from Tim Duncan, Tony Parker, Gregg Popovich, and Manu’s teammate both in San Antonio and with the Argentinian National team, Fabricio Oberto.

Before that, though, the Spurs had a game to play. Decked out in special, “Gracias Manu,” shirts from Nike for pregame warm-ups, the Spurs held on to get the win over the tanking Cleveland Cavaliers — complete with an exciting end that shouldn’t have been needed but felt right for the occasion nonetheless, setting the stage for a wonderful and happy ceremony.

To mark the occasion in his own way, DeMar DeRozan, who mind you never actually played with Manu, had perhaps the best tribute on the court: a pair of kicks that were inspired by the colors of Argentina.

The Nike Zoom Kobe 4 Protro is an example of Nike’s attempt to both retro and modernize classic Kobe sillhoutes (Protro stands for, “Performance Retro,” according to the Mamba). DeRozan went off for 25 points and had the game-clinching assist to Patty Mills with less than 10 seconds to go. Many of those points came on Eurosteps, just like so many of Ginobili’s own buckets did. Maybe he should wear them more often.