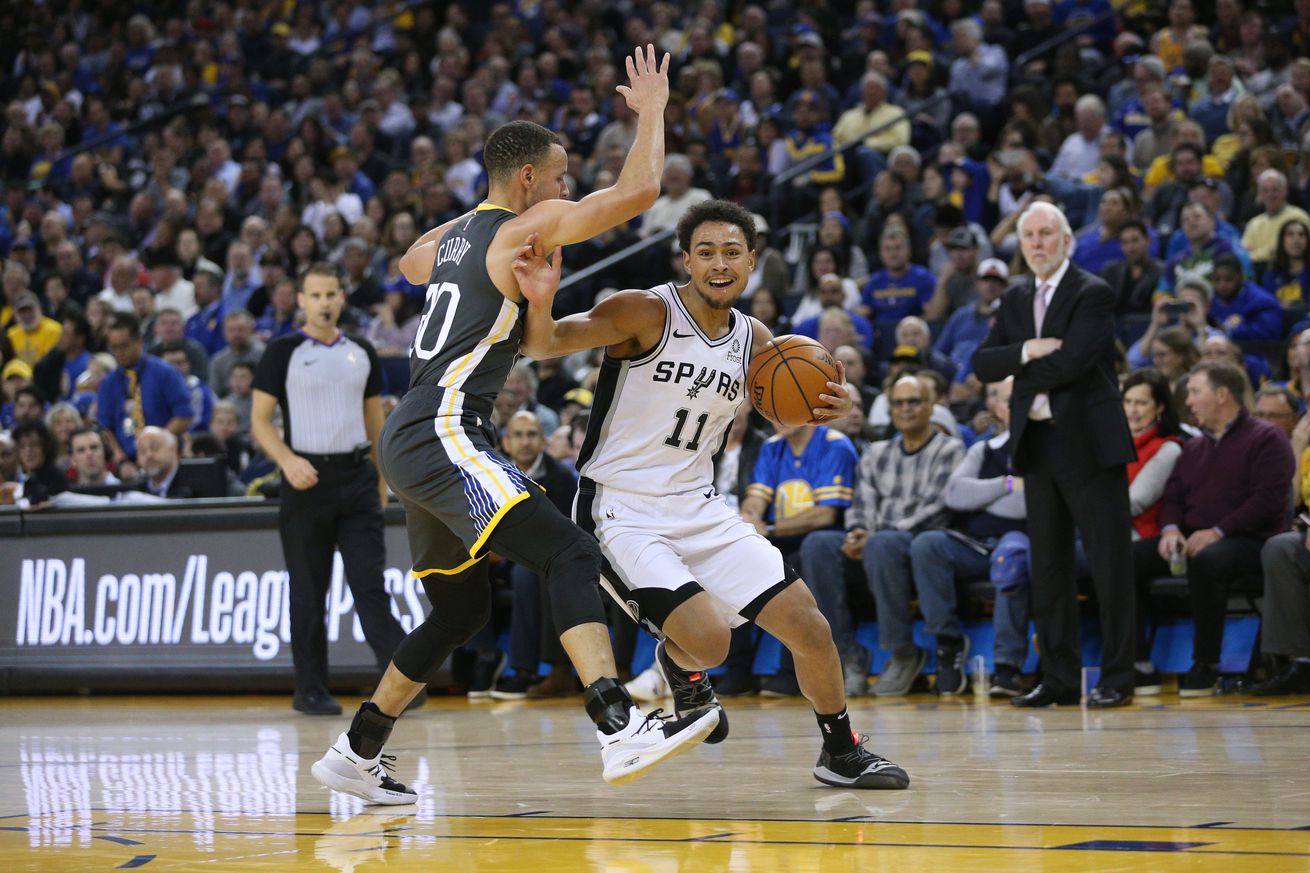 They’re 0-2 on the rodeo road trip, but at least nobody was traded in the middle of the game.

Resting players during nationally televised games is nothing new to Coach Pop and the San Antonio Spurs. We all remember the game against the Miami Heat back on November 29, 2012. That game had many similarities to tonight’s game against the Golden State Warriors. Both games were:

Unfortunately, that’s where the similarities end. During the game against the Heat, the Spurs – without Tim Duncan, Tony Parker, Manu Ginobilli, and Danny Green – were ahead with two minutes to go in the game before ultimately losing 100-95. Despite the competitive nature of the game, Commissioner David Stern made the decision to fine the Spurs $250,000. His reasoning for such a hefty fine was:

“The Spurs decided to make four of their top players unavailable for an early season game that was the team’s only regular-season visit to Miami. The team also did this without informing the Heat, the media, or the league office in a timely way. Under these circumstances, I have concluded that the Spurs did a disservice to the league and our fans.”

I understand the dilemma from a fan’s perspective, but looking out for the health of the players needs to be the NBA’s top priority. We all know the NBA has too many games. The league stretched the season out slightly this year, making back-to-backs less common. Still, 82 games takes its toll on the players. Even more so on veterans expected to carry most of the load on their respective teams. Recently, the NBA came up with a new designation for a player sitting out a game, known as “Load Management.” It’s just a fancy way of saying that a player is sitting out due to rest.

Even with this new designation, in 2017 the NBA’s Board of Governors voted to allow Commissioner Adam Silver to fine teams in excess of $100,000 for violating the league’s new guidelines about resting players, which are:

At face value it would appear the Spurs violated each of these rules. The Spurs did provide ample notice of their intentions, so I assume Commissioner Silver will not take action against the Spurs. If the Spurs end up resting their top players again during tomorrow’s nationally televised game against the Portland Trail Blazers, a fine will likely be coming their way.

In regards to tonight’s game, the Spurs hung tough in the first quarter but were ultimately overwhelmed by turnovers and the sheer talent of the opposition. The Spurs lost 102-141 and are now 0-2 on the rodeo road trip. Overall, the Spurs drop to 32-24 and maintain their position as sixth in the Western Conference.

The Spurs have no time to lick their wounds, as they play Thursday night against the Trail Blazers in Portland. LaMarcus Aldridge and DeMar DeRozan should be back in the lineup. The announcers also mentioned on a few occasions that the Spurs hope to have Derrick White back in the lineup tomorrow. While that timeframe doesn’t seem too realistic, it gives me a good feeling that he’ll be back in the lineup sooner rather than later.

With White, Aldridge, and DeRozan out, Pop went with a starting lineup of Patty Mills, Marco Belinelli, Rudy Gay, Davis Bertans, and Jakob Poeltl. After starting in every game this season, Bryn Forbes came off the bench tonight. I don’t know if the shakeup in the rotation was for offensive or defensive purposes, but both teams came out red hot on the offensive end. Poeltl stood out from the pack, having a positive impact on both ends of the floor. Marco was also in full Marco mode, moving and scoring all over the court.

Four-point play for The Professional pic.twitter.com/aNWe8EjyWB

It was clear from the start that without their star players, the game plan for the Spurs was to create chaos, play fast, and try to somehow beat the Warriors at their own game (the Spurs took 13 three pointers in the first quarter). That strategy will never work in a seven game series, but for one night, it seemed like as good of an approach as any. After a surprisingly fun first quarter, the Spurs found themselves down 31-33.

In the first quarter, the Spurs generated offense by using ball movement to turn good shots into great shots. The second quarter was defined by turnovers and poor shot selection. The Warriors clamped down on defense, and the Spurs seemed ill-prepared for the increase in intensity. DeRozan, White, and Aldridge handle the ball the majority of the time, so the lack of playmakers tonight was obvious. Mills and Gay did an admirable job running the offense – they both had a plus/minus of +2 in the first half – but anytime they went to the bench, the Spurs struggled to generate good looks (or any looks at all).

Turnovers early in the second resulted in a double-digit deficit for the Spurs. Once the starters came back in, the Spurs settled back into the game plan, and they were able to cut the deficit down to three. Unfortunately, the turnover bug struck again, leading to easy points in transition for the Warriors. This is pretty much a death sentence against the Warriors, and not surprisingly, the Spurs found themselves down 52-66 at the half.

The increase in defensive intensity didn’t just impact the game through turnovers. The Spurs’ shooters seemed incapable of breaking free from their defenders, and it resulted in far too many rushed shots. Overall, the Spurs hit only 7 of their 21 first half shots from deep, again showing that the Spurs are at their best when they are selective in their approach from the three point line.

The live ball turnovers continued to start the second half, and the Spurs quickly found themselves down 20 points. The rest of the game became a glorified scrimmage. Actually, it looked more like a mashup of the NBA all-stars versus those selected to play in the celebrity game.