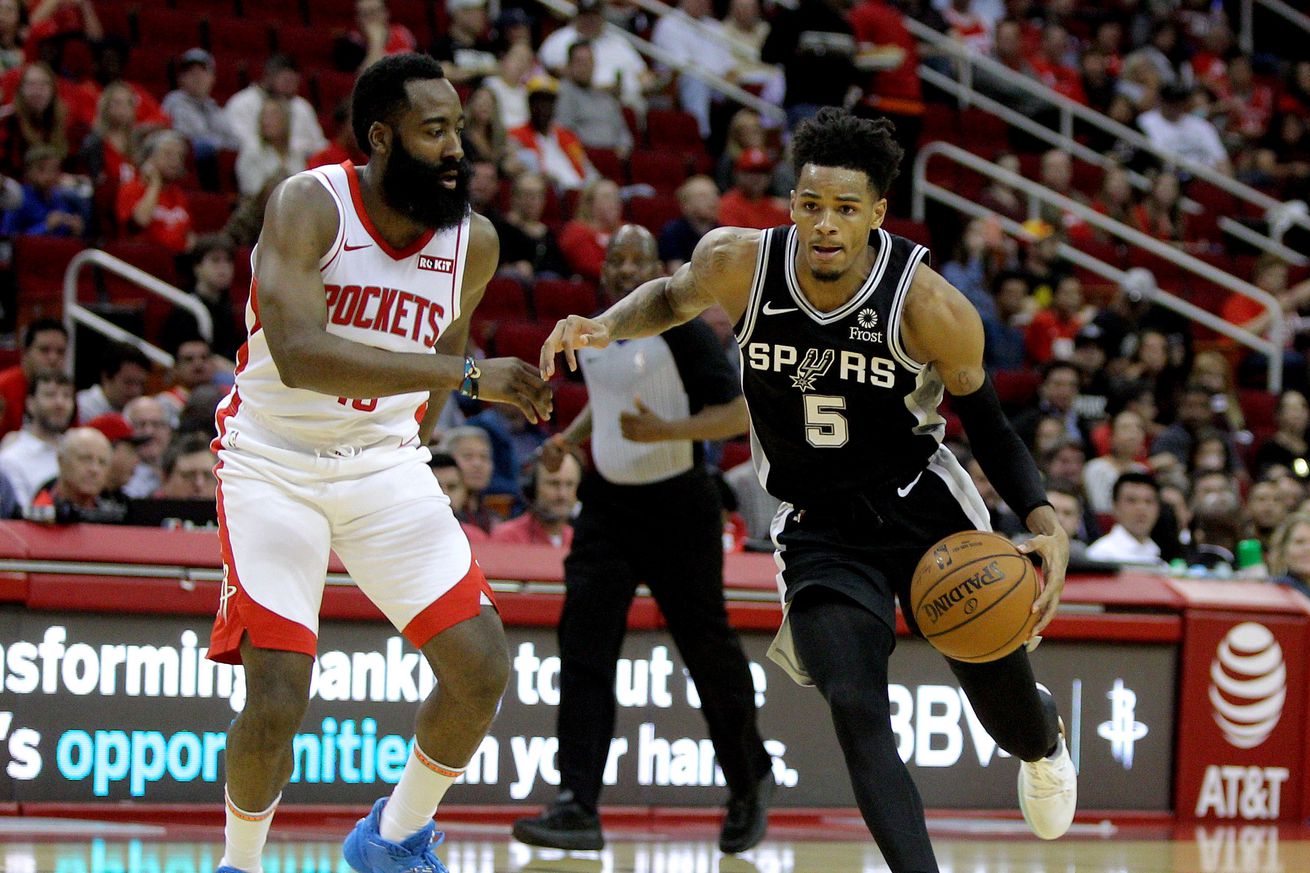 One way or another, the Spurs are entering a future-defining season.

The Spurs are about to enter a season that could define the franchise’s future. A good record and a postseason berth in the deep West would signal that the veteran core and the young prospects are meshing well and there’s no need for drastic changes. A disappointing year and a trip to the lottery would suggest the need to get younger or make a big move.

Both scenarios appear similarly likely. San Antonio had a troublesome offseason. The Marcus Morris saga prevented them from truly getting better in free agency. They are thin at the big men positions and overloaded with guards who can’t play both ends. One of their biggest strengths last season was their scorching hot shooting, which seems bound to regress. Things could definitely go poorly.

And yet there’s also a real possibility for improvement over last year’s 48-win record. The return of Dejounte Murray should bolster the team’s perimeter defense: one of the biggest weaknesses from last season’s squad. The Spurs will also have continuity and internal growth on their side, which could allow them to start hot while others take time to mesh. They could easily win 50+ games if a few things go their way.

Several factors, some which are impossible to predict at this time, will determine which scenario comes true, but the answers to these three questions might be the most important of all.

Can the additions make an impact?

The Spurs went into the offseason without cap space and with a lot of returning rotation players, so unsurprisingly they didn’t make any game-changing signings. They secured the services of DeMarre Carroll early on and settled for Trey Lyles when Morris backed out of his agreement. Those are underwhelming additions in theory, but in practice, Lyles and especially Carroll could end up filling small but important roles, if they are at the their best.

Last season the Spurs lacked a player who could contain the elite big wings of the West for long stretches. Carroll can at least credibly attempt to. He’s never been a true stopper, but he’s physical, smart, and has experience guarding both forward positions. With LeBron James, Kawhi Leonard and Paul George all in the conference, he could play a big role for San Antonio against some of the best teams in the West. As long as he can go back to shooting close to 40 percent from beyond the arc while providing versatility on defense, Carroll could actually be an upgrade over Davis Bertans.

Less is expected of Lyles. The promise he once showed in college as a potential playmaking power forward appears gone. He could still unlock other parts of his game, but the Spurs would be foolish to count on it. At this point he seems to be just a minutes sponge, which fortunately is something San Antonio could use. If Lyles can do enough to stay on the court for short stretches without killing the team, Gregg Popovich should be able to keep his veteran forwards fresh throughout the year.

No one should expect the free agent additions to elevate this year’s team to new heights, but if they can fill very specific roles well, they could bring some much needed stability to a roster in flux.

The biggest source of Spurs-related excitement coming into this season was the return of Murray after missing all of last season with injury. Murray didn’t disappoint in preseason, looking like a difference-maker on defense and showing flashes of the type of offensive improvement that could signal future stardom. At the very least he should be a solid starter this year and going forward.

The problem is the Spurs had a solid starter last season after Derrick White claimed the spot. White has been demoted to a sixth man role that should suit him well, but the prospect of him sharing the court with Murray and wrecking havoc on the defensive end was one of the most tantalizing aspects of this iteration of the team. Unfortunately, we haven’t gotten to see how it would look. The two young guards never shared the court in preseason, which was clearly by design.

It’s not hard to understand why Gregg Popovich decided to keep them apart. Their skill sets overlap and so do their weaknesses. They are both at their best with the ball in their hands and are not consistent outside threats, something they have in common with yet another rotation guard in DeMar DeRozan. But keeping them apart completely doesn’t seem possible going forward, since both will hopefully play close to 30 minutes a night.

It will be extremely interesting to see how the Spurs do when the two inevitably share the floor, especially on offense. If they can survive, Pop might be more inclined to play his two best perimeter defenders at the same time, which could significantly raise the team’s ceiling.

Can the starters pull their own weight this season?

This might be the most important question of all. The Spurs had one of the best benches in the league last season, which was largely responsible for the team’s success. When Marco Belinelli, Patty Mills and Bertans were on the court together San Antonio outscored opponents by over 11 points per 100 possessions, a gargantuan margin. When LaMarcus Aldridge, DeRozan and Bryn Forbes — the most common starters — played instead, the Spurs essentially broke even.

The bench should continue to be very good this season. Bertans will be missed on offense, but the additions of Carroll and White to the second unit should improve the defense enough to make up for it. They might not be good enough to outscore opponents by double digits per 100 possessions, but they should still give the team a boost. So how good the Spurs actually end up being will likely come down to how well the starters perform.

There are reasons for optimism. Murray’s return should improve the defense, which will hopefully make life easier for Aldridge, who struggled last season to erase the nightly breakdowns on the perimeter on that end. Forbes and DeRozan will have a year under their belt as full time starters together. The power forward position remains an issue, but Popovich has plenty of options to choose from and could adjust according to the opponent.

Ultimately, it will come down to Aldridge and DeRozan. The Spurs need to win the minutes they are on the court together for more than half a point per 100 possessions to be more than a fringe playoff team. If San Antonio surprises, it will be because the stars led the way.

The Spurs win 46 games, get into the playoffs as a low seed and put a scare on whoever they end up facing in the first round.