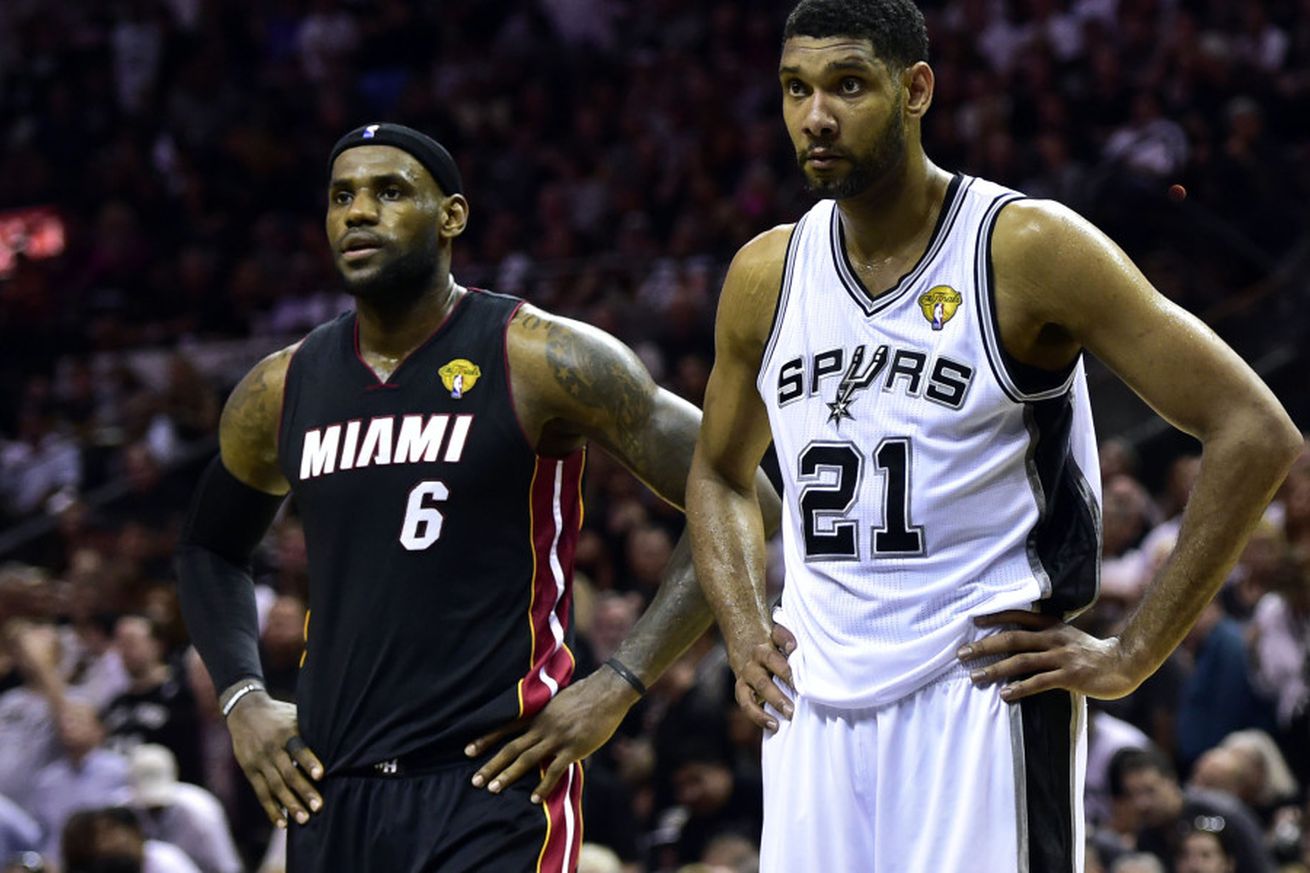 Ahead of All-Star weekend, First Take co-host Stephen A Smith created his “All-Time NBA All-Star Team”, with an emphasis on “team”, not necessarily the best players by position. His list consisted of Kevin Durant, LeBron James, Shaquille O’Neal, Steph Curry and Michael Jordan.

Nothing to complain about there. He seemed to be going with the most unguardable group he could come up with, and defending that group would certainly be a problem.

Next it was Scottie Pippen’s turn (2:41 mark). After making it more visually appealing by numbering the players based on position, he made a “controversial” decision, replacing James with:

I know people would hate me for this but I’d probably go with Tim Duncan.

He backed up his reasoning by saying he’s looking outside of this particular era and thinking overall. Smith said he’s just thinking about a team that would work well in 2019, when his co-jost Max Kellerman chimed in pointed out that if that were the case he’d replace Shaq with Timmy because it would be more small-ball oriented.

You can watch the entire thing below.

What about you, Pounders? Who would be on your All-Time NBA All-Star team, and what metric would you use to determine it? It can be best all-time per position, building an actual team, based on a specific style or era of ball. . .whatever you prefer.