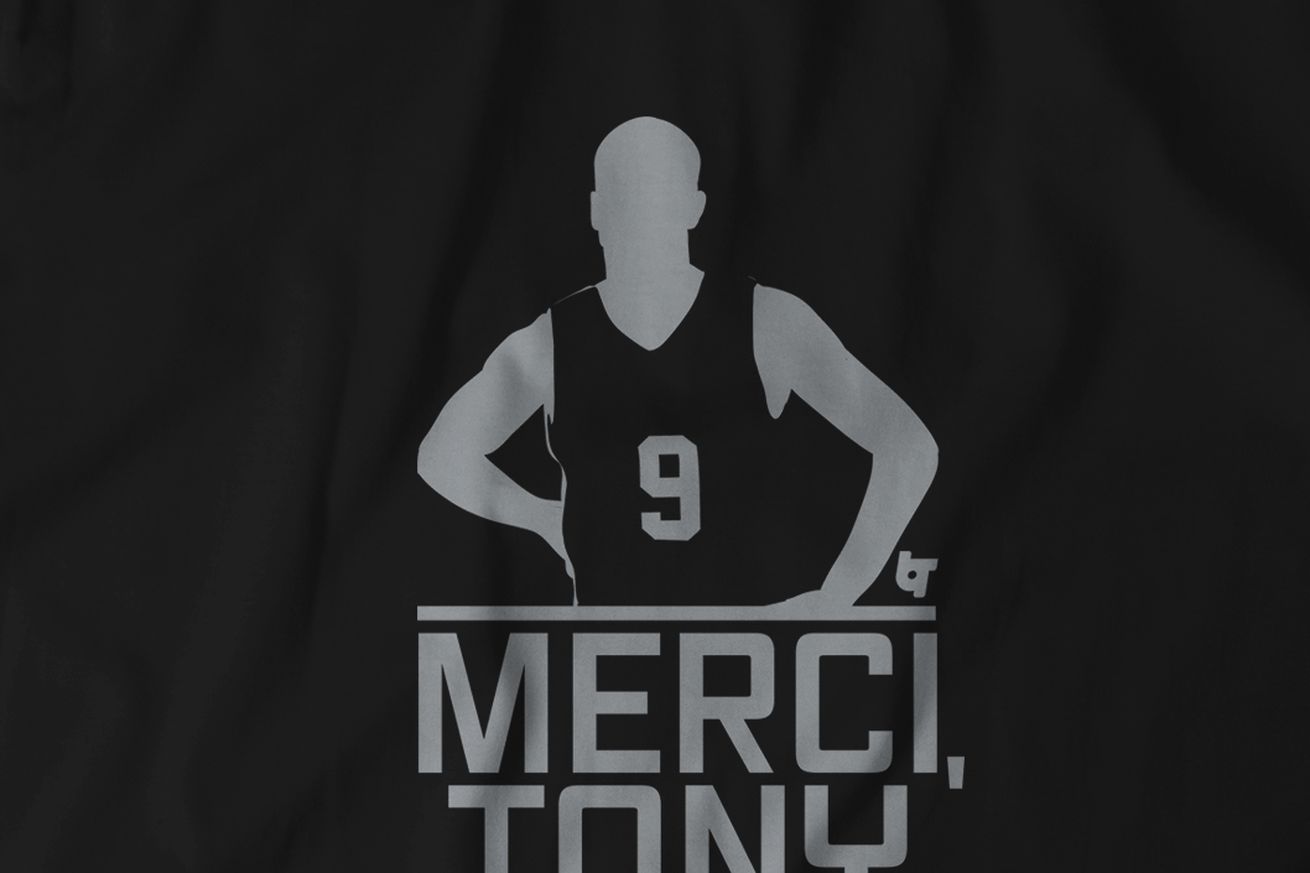 Tony Parker has bid the Spurs au revior. The Spurs all-time assist leader played in seventeen seasons in San Antonio, picking up four championships along the way. Along with Tim Duncan and Manu Ginobili, the trio set records for playoff wins and appearances setting them above any other NBA Big 3.

Although he won’t be in Silver & Black next season, he will be in the fans hearts forever. And for now, he will be remembered in this commemorative T-shirt.

All of BreakingT’s shirts are super soft, and last nearly forever. If you’re between sizes, go with the larger of the two. In case you don’t know, a portion of the profits come to J.R. Wilco, which is the kind of thing that Mrs. Wilco uses to rationalize letting him spend so much time running PtR.