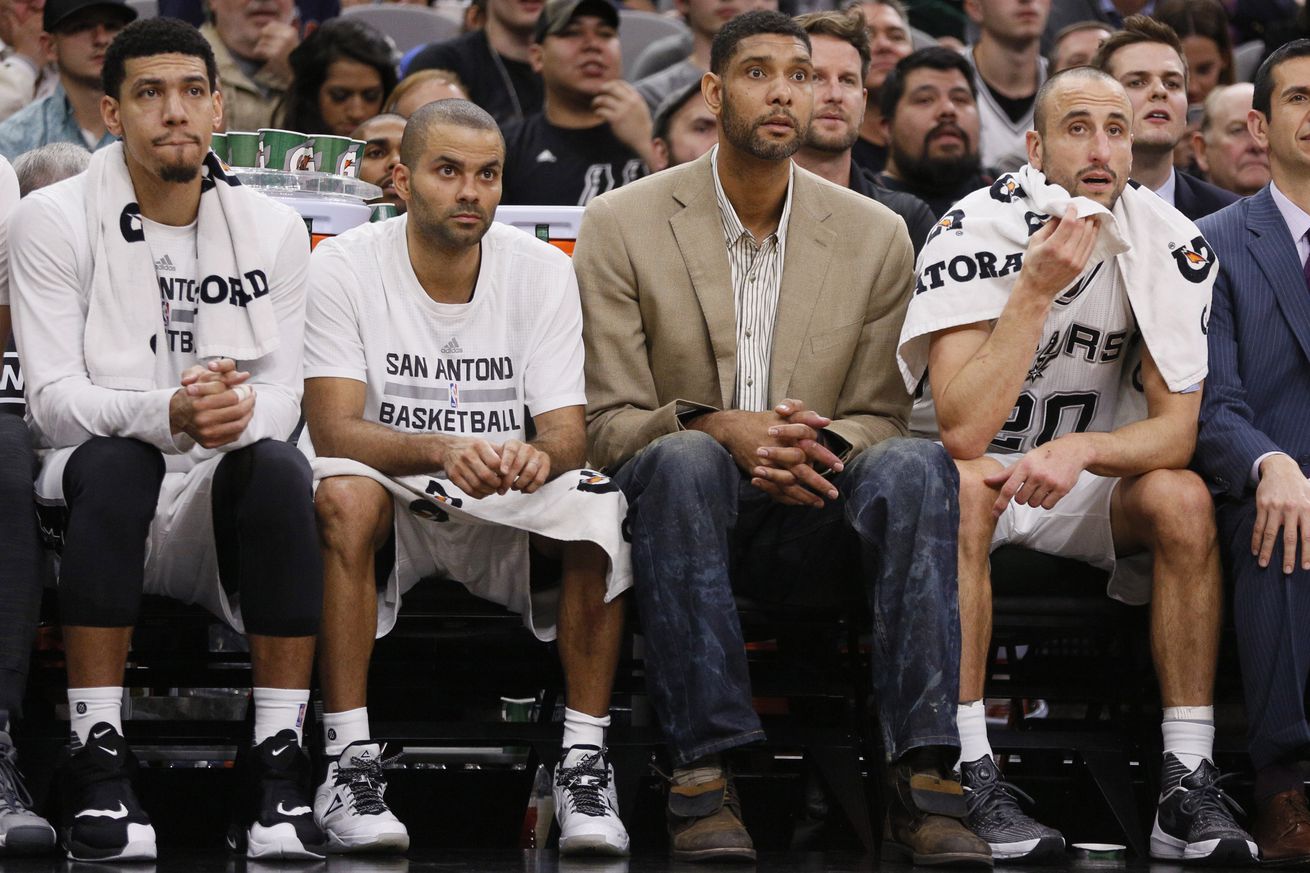 A Spurs fan grapples with the realities that today’s free agency rules force on the league’s franchises.

Spurs fans have been spoiled. Ever since the Great Tim Duncan joined the Admiral David Robinson twenty years ago, with the team soon to add My Man Manu Ginobili and the Oui Frenchman Tony Parker, Spurs fans had a stable core of stars that their fans could root for year after year after year. This year’s NBA summer made me wonder if any franchise will ever have that level of stability again — which in turn will make it harder to be a fan of any particular team.

As someone who does not live in San Antonio, I became a fan of the Spurs because of their people. And because the key people (TD, Tony, Manu, Pop) remained in place, Spurs fans didn’t have to confront what Lakers fans went through when all the key people that defined the franchise — Kobe Bryant, Shaquille O’Neal, Robert Horry, Derek Fisher, Phil Jackson, Jerry West, etc — departed. The last few years accelerated the problem. When the Lakers signed LeBron James, they then added a bunch of one-year rentals, many of whom were frankly hard to root for.

That brings me to this summer. In California, we have our earthquakes, but nothing compares to the earthquake that shook the foundations of the NBA this off-season. When a significant percentage of the league’s top players change teams in a week, many fan bases have felt the earth shake beneath their feet. If an OKC fan grew up rooting for Russell Westbrook, does that fan now root for the Rockets? Does a Pelicans fan root for the Lakers now that Anthony Davis has left New Orleans for LA, or does that Pelicans fan root for all the new players who were traded for Davis? Spurs fans — if Manu had been traded, would he have remained your favorite player? (Just asking that question will give me nightmares. I can’t imagine living in a universe in which Manu did not retire in a Spurs uniform.)

I have been asked similar questions by many here in LA: do I now root for the Clippers because they now have ex-Spur Kawhi Leonard, or the Lakers because they have ex-Spur Danny Green? For all who have asked, the answers are “no” (still the Clippers) and “probably not.” The second is harder for me as a former Lakers fan — but the Lakers also signed DeMarcus Cousins, who is on my “players I can’t root for” list, so he cancels out DG (although I will still root for DANNYGREEN!!! as a player). Luckily, even though many of our favorite Spurs have left, I like the players who remain. Pop is still the coach, and the new group of young players seem like good guys. Hopefully, they will stay. Or will they?

The problem with this summer from a fan’s standpoint is that we all must ask the question: If the players on “our team” are not committed to the team, why should the fans be? And if fans are indifferent to which players on the team, are the fans truly just rooting for laundry?

Please understand that I am not criticizing the players who decided to take control of their own destinies. Fans criticize players for a lack of “loyalty” to their organizations when they choose to move on, but shouldn’t loyalty be a two-way street and include a team’s loyalty to the players? Ask Danny.

DG built a career with the Spurs. He gave his all to the team and built a life in San Antonio. But when the organization decided it needed to make the best of Kawhi’s decision to leave by trading for DeMar DeRozan, he became collateral damage. The Spurs traded a loyal employee out of the city, the state and the country. (Spoiler alert — it worked out fine. Rings help.)

While I was writing this, George Hill came to mind. Hill was a classic Spurs story. Lightly recruited out of high school, he wound up at IU-PUI, and was a (very) late first round pick of the Spurs and one of their many late first round success stories. During his three years with the team, the other Spurs players loved him, as did the front office and Pop. Indeed, Pop called him his favorite player: “You feel like that with certain players. I admittedly, unabashedly called him my favorite player in front of Timmy [Duncan], Manu [Ginobili], and Tony [Parker] all the time. I don’t think they really cared.”

But when the Spurs had the chance to trade Hill for an unpolished gem without a good jump shot from another mid-major school, the Spurs sent him to Indiana. (Admittedly, the decision may have been easier for Pop because Hill was from Indianapolis.) And that trade got Kawhi to San Antonio. An NBA championship soon followed, and it was one they would not have won if Hill was defending LeBron in the Redemption Tour Beautiful Game Finals.

Of course, no one could have ever predicted that the Hill — Kawhi trade would eventually lead to Green waking up last summer in Toronto, and this summer in Los Angeles, when he would have been perfectly happy spending his career by the Riverwalk. Just another casualty of this summer of fans’ discontent.

San Antonio’s Big 3 era: The NBA may never be so stable again
Source: Pounding The Rock