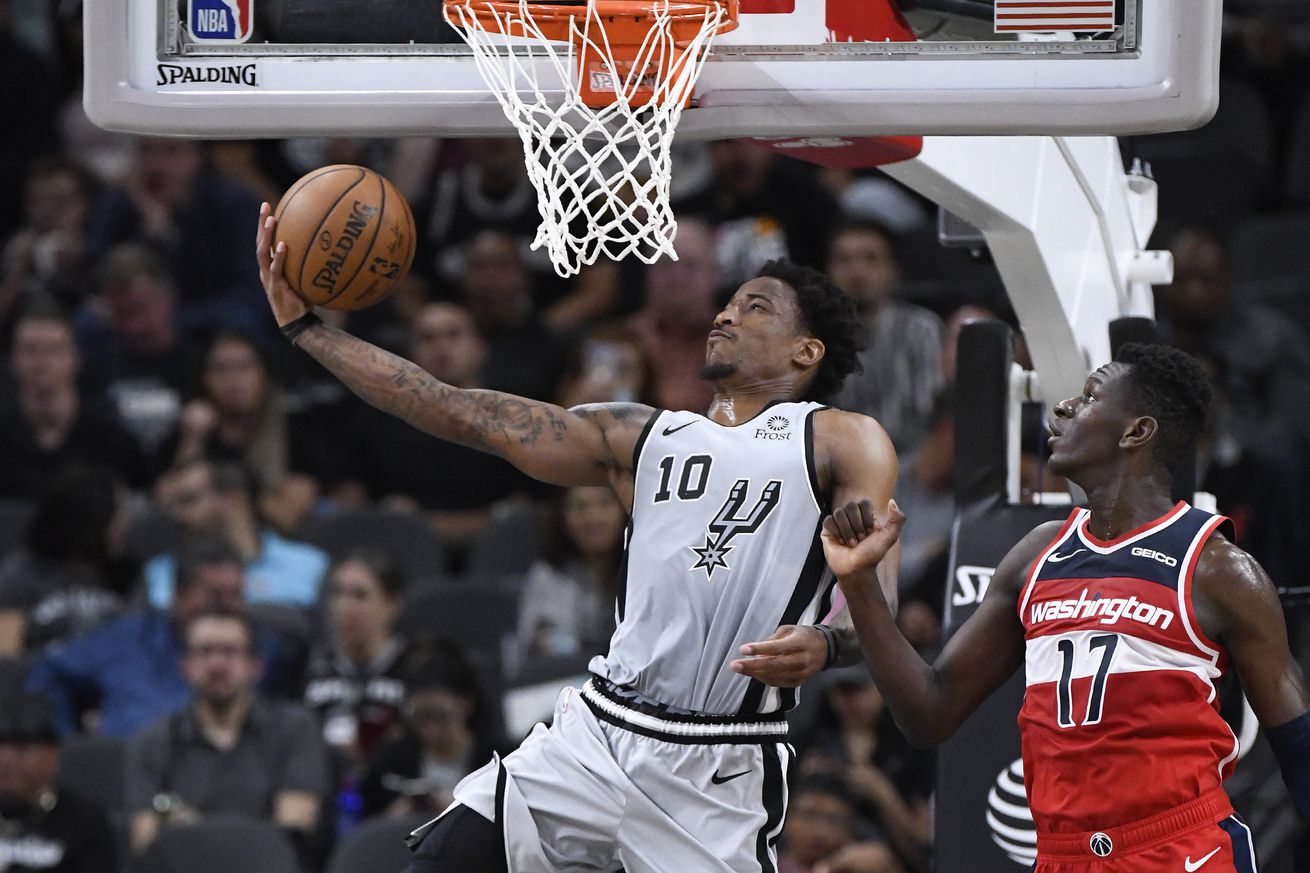 In a wild shootout with over 40 lead changes that came down to the final shot, the Spurs put away the Washington Wizards to win their second straight game to open the season 124-122. LaMarcus Aldridge (27 points and 9 rebounds), DeMar DeRozan (26 points) and Dejounte Murray (19 points, 10 rebounds, 4 assists) led San Antonio, while Washington was paced by Bradley Beal (25 points and 11 assists) and rookie Rui Hachimura (16 points and 8 rebounds ) in the Spurs’ second consecutive home win to start the season.