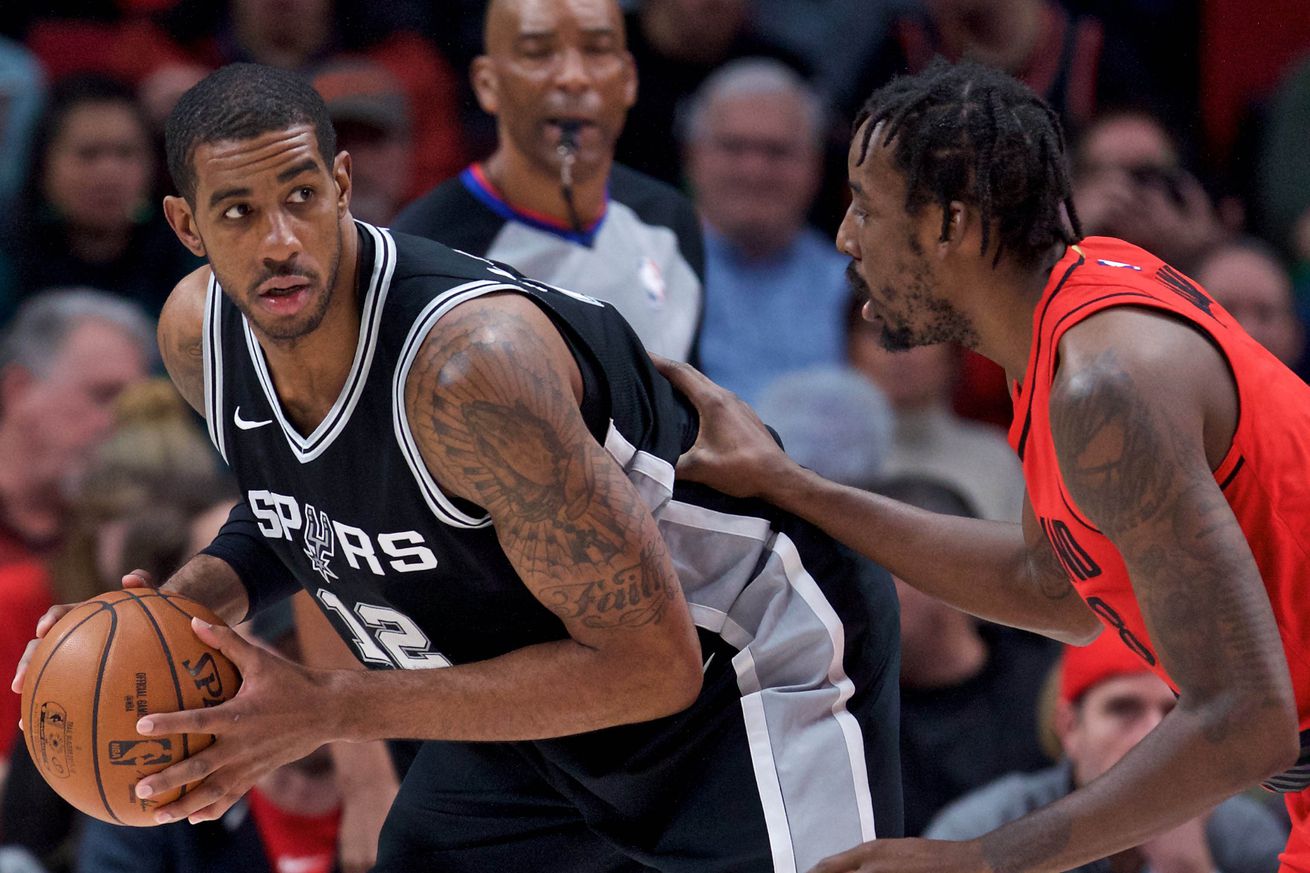 San Antonio won a hard-fought game at Portland despite 22 turnovers and only 6 foul shots.

San Antonio went into Wednesday night’s matchup, their first against Portland, without Kawhi Leonard or Tony Parker due to rest. Kyle Anderson and Danny Green were back, helping the Spurs squeak out the win. The Spurs shot 52% on the night, but had 22 turnovers to keep it exciting, compared to 9 for the Blazers.

The Spurs took a 25-22 lead after one, and went on an 8-0 run spanning the quarters, which helped build an eleven point lead, keeping notorious Spur-Killer CJ McCollum without a point in the first half. Damian Lillard led the home team with 14 in the first half, while LaMarcus Aldridge and Pau Gasol each had 16 for the Spurs, taking full advantage of their size and expertise inside, going a combined 15-20 from the floor, leading to the 54-46 advantage at the half.

The Spurs went scoreless for the first two and a half minutes of the third until Danny Green hit a 3 to break the slump, but Jusuf Nurkic went on a 10-2 run by himself, part of the Blazers dominating 3rd quarter. Even with 8 turnovers in the quarter, San Antonio still took the lead into the fourth, thanks to a buzzer-beating 3 by Kyle Anderson. The fourth quarter was filled with more Spurs’ turnovers (5), but they escaped with the win, 93-91. Aldridge saved the game thanks to a block on McCollum, his third to go along with a team high 22 points. Pau Gasol had 20 points and 17 boards for the good guys in the win.

Danny Green left the game in the 4th due to tightness and probably won’t play the remainder of the road trip.

San Antonio will be in Utah Thursday night, where Tony and Kawhi are expected to be back in the lineup.